Production of the 1975 Chevy Corvette fell to its lowest output since the days of the Blue Flame. The convertible body style would join the legendary Zora Arkus-Duntov in retirement at the end of that year. The new Corvette Chief Engineer Dave McLellan was determined to return the Corvette to its former glory, partly aided by expanding computer technology that quickened the pace of every facet of development and production, from engine controls to body, frame, and suspension design. An all-new Corvette was unveiled in 1983, advertised as a Renaissance Machine that was sophisticated and advanced, but in keeping with its sports car heritage. It dominated in SCCA production racing like never before, and the only thing that was missing was a convertible body style.

In 1984 American Sunroof Corporation answered Chevrolet's request for a proposal by building a working prototype. The design was immediately approved for further in-house development. May 25, 1986 - 1986 marked the return of the convertible to the Corvette lineup after a ten-year absence.

Both the Indianapolis 500 and Chevrolet celebrated their diamond jubilees in 1986 with the choice of Corvette as the Memorial Day classic's Official Pace Car. Chevrolets had served pace-car duty many times prior to that, first in 1948 and then in 1955. Camaros paced the Indy 500 in 1967 and again in 1969 and 1982. The Corvette's first honor was in 1978 when it became the first factory-stock production-vehicle pace car. Thus, the 1986 Corvette convertible was only the second, stock example (except for its special lights and graphics); it was also the first Corvette convertible since 1975 (literally, the first production Corvette convertible requiring no modifications to perform its duties). The Pace Car was driven by retired United States Air Force brigadier general Chuck Yeager who flew a P51 Mustang in World War II, after which he became an Air Force test pilot, becoming the first man to break the sound barrier and a pioneer in the development of rocket-powered aircraft. During the 1980s, his national popularity soared when he featured prominently in Tom Wolfe's novel 'The Right Stuff' and the subsequent movie in which he was portrayed by actor Sam Shepard. In 1985 he released his autobiography and, the following year, he was chosen to drive the 1986 Chevrolet Corvette, the Official Pace Car of the Indianapolis 500. The car driven by Yeager had factory Indy 500 Pace Car decals and was powered by the L98 350 CID Tuned Port Injected V8 engine with 230 horsepower and backed by a four-speed automatic transmission. Standard features included power steering and brakes, air conditioning, power windows, locks, seats, and mirrors. There was tilt steering, cruise control, and a gray leather interior.

To celebrate the convertible resurrection, Chevrolet announced that all Corvette convertibles would be designated as pace-car replicas regardless of their color, although the 'official' pace car was code-35 Yellow with a Gray interior. Chevrolet built 732 Yellow convertibles in 1986, accounting for approximately 10 percent of total convertible production.

The open-air motoring came with a significant price increase, a $5,000 premium over the coupe, and reached the $30,000 price range.

Chief engineer McLellan and Jerry Palmer's goal with the C4 was to vastly improve the ride and handling of the previous generations. Lightweight materials were introduced on the suspension, including aluminum front A-arms, transverse fiberglass mono-leaf springs in front replacing the previous coil-spring design, aluminum brake calipers, and aluminum wheels, all of which served to both reduce up-sprung weight as well as rotating mass. These changes dramatically improved the ride quality and cornering capability of the Corvette.

The all-independent suspension was designed in conjunction with Goodyear tire engineers to make the most of the latest tire development, the low profile unidirectional 'Gatorback'. The combination proved successful, with 0.95g in testing, the highest lateral acceleration ever recorded for a production car. The 16 -inch alloy wheels with Gatorbacks were listed as an option, but in fact, were fitted to all 1984 Corvettes.

New for this year was the PASS-Key theft-deterrent system which now came standard on all Corvette models. To add to the performance of the Corvette, 4-wheel ABS brakes were added. Horsepower from the 5.7 liter tuned-port-injected V-8 engine rose to 230. Engineers added additional support to the chassis structure and strengthened the windshield posts and header to comply with Federal rollover standards.

With a big jump in performance and technology via the C4 introduction, the Corvette maintained its lead as the premier performance car bargain and increased sales. 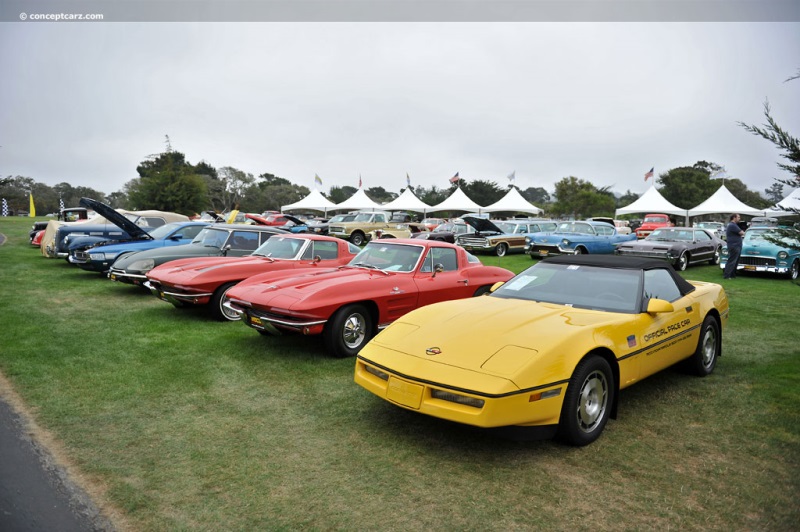 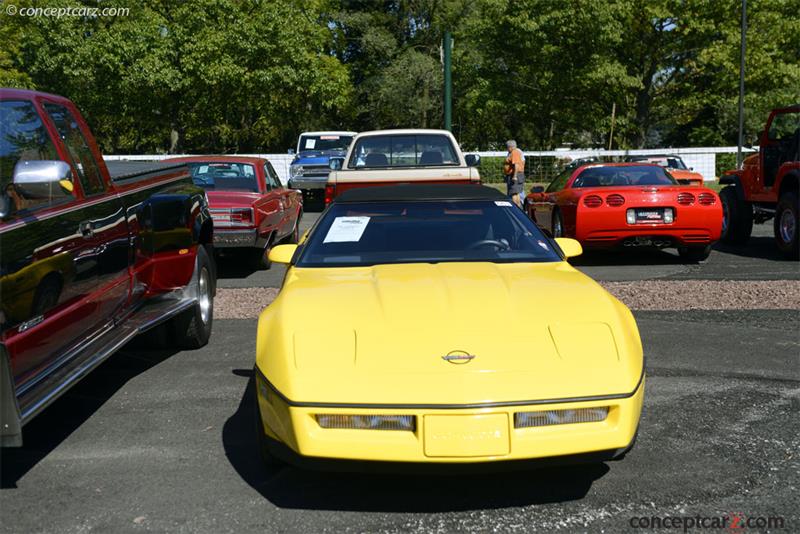 -This weekends Honda Grand Prix of Alabama will be the fourth IZOD IndyCar Series event at the scenic, 2-3-mile Barber Motorsports Park circuit, and marks the third year American Honda has served as title sponsor of the event. -American Honda also sponsored...