The Plymouth vehicles of the immediate post-war era were mildly updated versions of the pre-war vehicles. All new Plymouth products appeared in March of 1949 and the previous 117-inch wheelbase platform was replaced by a 111- and 118.5-inch platform. The styling was modern and graceful while carefully integrating design cues from the company's past. The designs were refined over the following years, but as the company looked to the future, they enlisted the talents of automobile designer Virgil Exner, who would create the 'Forward Look' design theme that would carry the Chrysler products into the future.

Exner joined Chrysler's Advanced Styling Group in 1949 where he was partnered with Maury Baldwin and Cliff Voss. Additionally, he worked closely with Luigi 'Gigi' Segre, of Italian coachbuilder Carrozzeria Ghia S.p.A, resulting in several Chrysler Ghia designs during the early-to-mid 1950s. Among the list of styling exercises were the 1952 Chrysler K-310, the Dodge Firearrow series show cars, the Chrysler d'Elegance, and DeSoto Adventurer. The Dodge Firearrow III was a precursor of the subsequent De Soto Adventurer II and Plymouth Explorer concept vehicles that followed.

Plymouth products of 1954 rested on a 114-inch wheelbase and came standard with a 217.8 cubic-inch inline six-cylinder engine developing 100 horsepower. The optional 230.2 cubic-inch Six boosted output to 110 hp. The Plymouth Explorer Concept used the 114-inch wheelbase platform and the optional 110-hp engine. It received a semi-automatic transmission, twin exhausts that exited through the rear fenders, and wire wheels.

The styling was a collaboration between Detroit stylists and Carrozeria Ghia of Turin. Styling elements of Virgil Exner's 'Forward Look' design were carefully infused with the influences of its European partners, resulting in a one-off design that was very different than other Plymouth vehicles that rolled out of the factory in 1954. Among its bold styling cues were vestigial fins, a metallic green finish, ivory-hued side reveals, a white leather interior with bucket seats, and fitted luggage.

The car made its debut in 1954 in Motor Trend before being put on display at many of the major shows throughout the United States.

Since the body was built in Italy, it was subject to import duty as it came into the United States. Chrysler was able to negotiate a deal with the U.S. Customs whereby it would remain in the United States briefly - for 18 months - and then exported back to Europe. When concept car collector Joe Bortz went looking for this car in the late 1980s, he found it residing in Holland. At that point in history, it had been mechanically altered with an engine and transmission from a Jaguar XK150, along with disc brakes at the front. The body remained mostly unmodified except for a repaint in gold color.

Joe Bortz acquired the car for his collection and retained it, in unrestored condition, for several years before trading it for a restored concept car. The Explorer concept was restored by subsequent owners and is currently a part of the Petersen Automotive Museum collection. 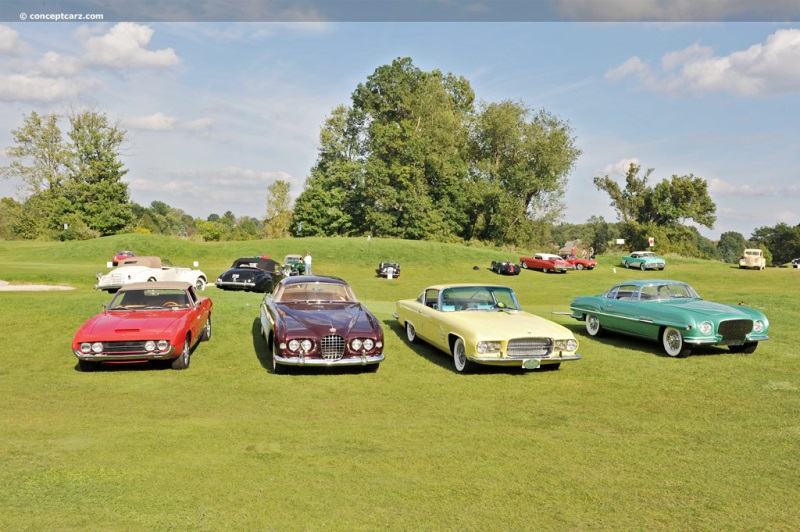 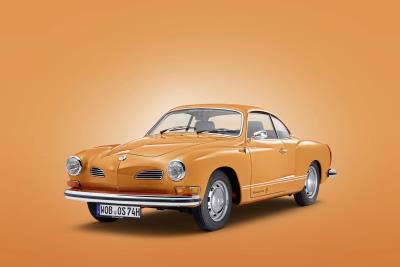 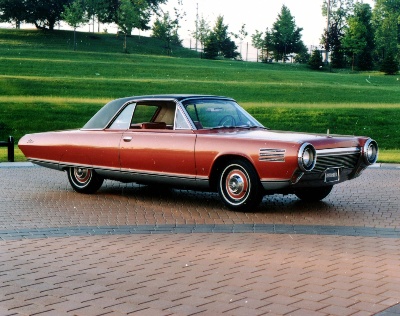