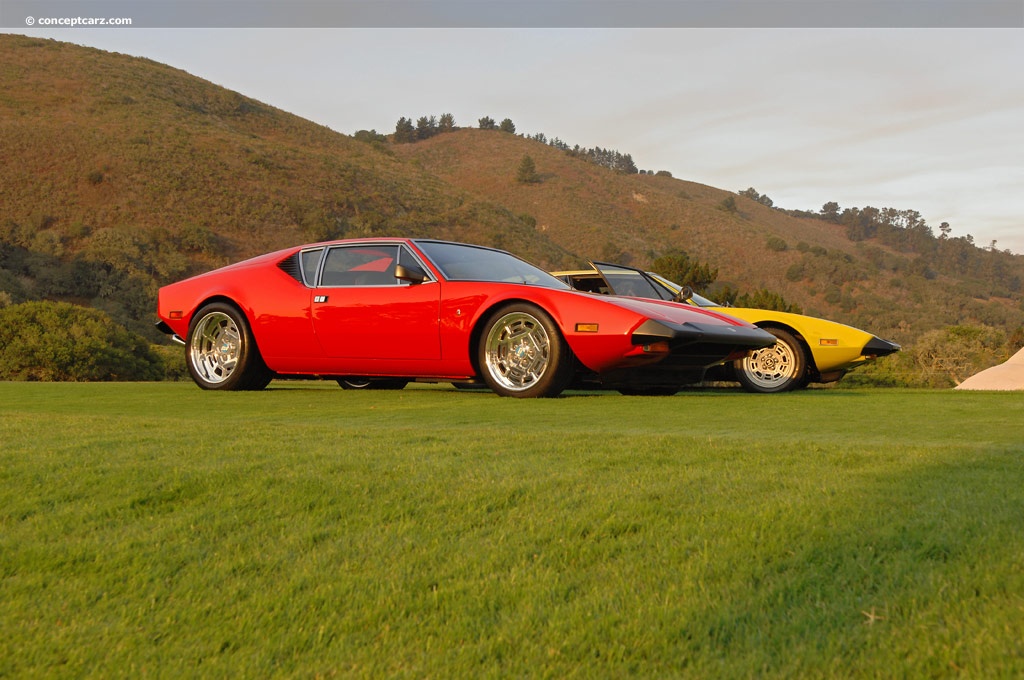 Although the son of an Argentinian government official, Alejandro de Tomaso was more interested in motor racing than following the family business model and manage the fortune the family had accumulated. During the overthrow of the Peron government in 1955, he fled to Italy where he raced OSCA cars for the Maserati brothers before forming his own company, DeTomaso Automobili SpA, in 1959. By 1961 he had built six Formula One cars with two being powered by OSCA engines. His first road-going car was the Vallelunga coupe that wore Ghia coachwork with Ford Cortina power. Total production reached 50 units along with a single spyder version. Introduced at the 1964 Turin Show, it had a cutting-edge 'backbone' chassis design, mid-engine layout, and rear transaxle. Its pressed-steel chassis ultimately proved problematic but the overall design and vision helped as DeTomaso as a potentially prominent builder of automobiles for both road and track.

The DeTomaso company was started with modest capital, however, he had access to considerable wealth courtesy of his American wife, Isabelle Haskell, heiress to an electrical components company in New Jersey. Using the wealth, de Tomaso acquired Ghia and continued work on a Vallelunga replacement, the Mangusta (mongoose), powered by a Ford 302 cubic-inch V8 engine and backed by a ZF 5-speed transaxle. It had a backbone chassis, limited-slip differential, and Girling disc brakes. The mid-engine coupe wore a body penned by Giorgetto Giugiaro, then working at Ghia. Total production reached approximately 400 units between 1967 and 1970, with many imported to the United States by Kjell Qvale of San Francisco.

DeTomaso's next automotive venture was the Pantera, meaning Panther, with styling by Tom Tjaarda, son of Lincoln-Zephyr designer John Tjaarda, then working at Ghia. Vignale, another one of de Tomaso's company, handled the construction. The design featured a low, wedge-shaped form with a pointed nose and disappearing headlamps. A small amount of Luggage space was available in both the front and rear. It had an aggressive and purposeful stance that was sleek and beautiful and would become the definitive supercar from De Tomaso. It was propelled by a mid-mounted Ford 351 Cleveland V-8 engine with a ZF five-speed rear transaxle. It used a rigid steel monocoque body structure which marked the first use of this technology by DeTomaso.

The DeTomaso Pantera made its debut in March of 1970 in Modena and was presented to buyers in the United States at the 1970 New York Motor Show a few weeks later.

The development costs were extensive and the profit margins were slim. Before the Pantera, American Motors had explored the mid-engine supercar area by collaborating with ItalDesign, BMW, and Giotto Bizarrini on a concept called the AMX/3. In the end, AMC decided that the demanding economics of the program was too minimal and the project was abandoned.

DeTomaso established a distribution deal for the Pantera in the U.S. marketplace via Lincoln-Mercury's dealer network from 1971 through 1974 with a full factory warranty. The first energy-supply crisis, economic recession, increasing insurance rates, emission regulations, and safety concerns ultimately doomed the project in America, with the last U.S.-bound Pantera built-in 1974. Production of the Pantera in other parts of the world continued through 1991, with the last example delivered to its customer in 1992. GT-Class racing versions campaigned in FIA-sanctioned Group 4 and 5 racing events through 1993.

During its production lifespan, the Pantera was continually refined and improved. Early examples had minimal rust-proofing and the quality of fit-and-finish was lacking due to large amounts of body solder being used to disguise body panel flaws. Ford increased its involvement with the production of the later cars, introducing precision stampings for the body panels.

For the 1972 model year, the engine-bay received a new lower compression, 5.8-liter, 4-bolt main Cleveland engine which helped it remain compliant with U.S. emissions standards. To combat the reduction in the compression ratio and resulting performance loss, it was fitted with a more aggressive 'Cobra Jet' camshaft and a dual point distributor.

In August of 1972, the DeTomaso Pantera L ('Lusso' or luxury) was introduced. The cars destined for the United States had a large black single front bumper with a built-in airfoil designed to reduce frontal lift at high speeds. The European and other-world versions continued to use separate bumperettes. Other factory upgrades added to the 'L' models were designed to rectify many of the issues and problems of the earlier cars.

For 1973, the dashboard was redesigned, abandoning the prior two separate pod setup for a single united unit with the dials angled towards the driver.

The 1974 Pantera GTS U.S. versions had optional GTS badging but not the higher compression engine of the European-based cars.

After approximately 5,500 examples, Ford stopped importing the Panteral to the United States. Between 1971 to 1992, a total of 7,260 examples were built.

The DeTomaso Pantera was a high-performance supercar that was equipped with American-style comforts, including air conditioning and power windows while retaining European performance features such as power-assisted four-wheel disc brakes, rack-and-pinion steering, and a ZF transaxle. It was a combination of the best technologies and designs of the sports car worlds at the time and it was priced considerably less than a comparable Lamborghini or Ferrari.
by Daniel Vaughan | Jun 2020

The Pantera was the result of an Argentinian racing driver (Alejandro De Tomaso), Italian engineering, and American muscle. The styling was handled by Tom Tjarda while Giampaolo Dallara was responsible for the structural design. Looking at the vehicle, it greatly resembles that of the Lamborghini offspring. The reasoning for this resemblance could be attributed to Giampaolo Dallara who was also aided....
Continue Reading >>

Argentinan born Alejandro DeTomaso was a successful racing driver who later became a very successful constructor, first with his own chassis powered by engines from the Maserati brothers' OSCA concern, and later with Ford-based production engines. T....[continue reading]

This Pantera L features an improved cooling and air-conditioning system, a revised dashboard design, and a 351 cubic-inch Cleveland V-8 engine. It has traveled under 11,000 miles since new, and it is one of the few Pantera's that has not been modifie....[continue reading]

This 1973 DeTomaso Pantera is powered by a 351 cubic-inch engine backed by a five-speed transmission with 63,000 miles on the odometer. It has new tires, new fuel pump and clutch master/slave cylinders. It has the original Campagnolo wheels with new ....[continue reading]

This De Tomaso Pantera L by Ghia was a Ford Motor Company test car that was later sold to an executive. It later spent time with two collectors.....[continue reading] 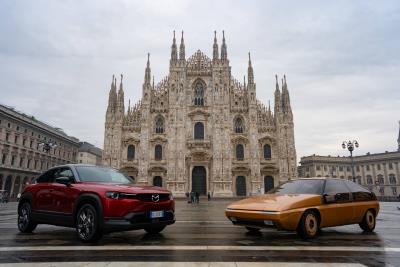 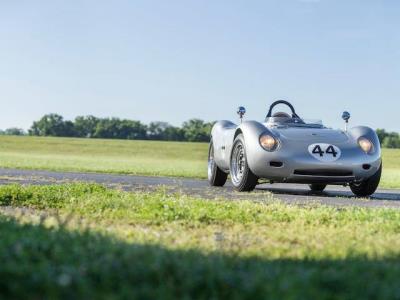 For its expanded two-day auction in Carmel this August, Bonhams is very pleased to announce the addition of some very special sports and racing cars. Highly notable is the extremely rare and sought-after 1959 Porsche 718 RSK Center Seat Spyder. Just...

Total 1973 DeTomaso Pantera II production: 0
© 1998-2021. All rights reserved. The material may not be published, broadcast, rewritten, or redistributed.