Haas F1 Team's 2018 challenger in the FIA Formula One World Championship, the VF-18, made its official debut via the organization's social media platforms and website.

The VF-18 is an evolution of the team's second car, the VF-17, which carried Haas F1 Team to an eighth-place finish in the 2017 constructors standings. Forty-seven points were scored by the VF-17 during Haas F1 Team's sophomore season, 18 points more than the total earned in the organization's debut season in 2016.

Incorporating 'VF' into the name of the car is a nod to the history of Haas Automation, the team's title sponsor. The first CNC machine manufactured by Haas Automation was the VF-1 in 1988. The 'V' stands for vertical, which is an industry standard designation for a vertical mill. Gene Haas, founder of Haas Automation, added 'F1' to the name to unofficially designate it as the company's 'Very First One'. 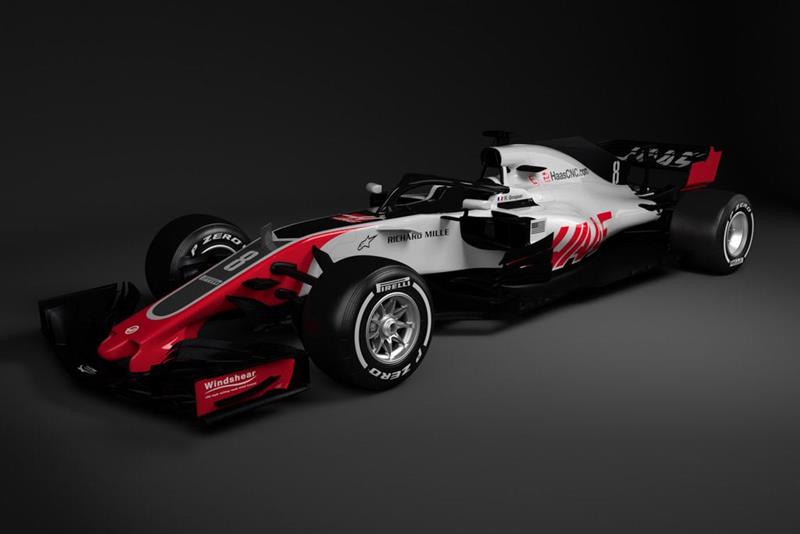 As chairman of Haas F1 Team, the 'F1' moniker of that first machine has taken on added significance as Haas utilizes Formula One to build Haas Automation into a premium, global brand.

'People see what we can do in Formula One and people believe Haas Automation can build world-class machine tools,' said Haas, whose entry in 2016 became the first American Formula One team since 1986. 'Being a Formula One participant brings a level of credibility that you just won't get through traditional advertising.'

Haas has built Haas Automation into the largest machine tool manufacturer in North America by focusing on the details amid constant refinement. He has applied those same attributes to Haas F1 Team.

'We eliminated a lot of the variables where we knew we were weak,' Haas §äid. 'We've focused on what it's going to take to get our car to be consistent and close that gap to the top teams.'

Beyond refinement, the VF-18 carries the significant addition of the halo and a drastic reduction in the sharkfin.

'The biggest part of the car's evolution was the addition of the halo,' said Guenther Steiner, team principal, Haas F1 Team. 'It took quite a bit of study by the aerodynamicists, but the designers had to work hard to modify the chassis so the halo could survive the mandated loads. The total minimum weight of the car increased because of the halo, and there's a higher center of gravity simply because of the halo's position. But, everyone is in the same boat.

'The regulations stayed pretty stable between 2017 and 2018, so the VF-18 is an evolution of our car from last year. It's less about reinvention and more about refinement. You see elements we had from last year on the car this year. 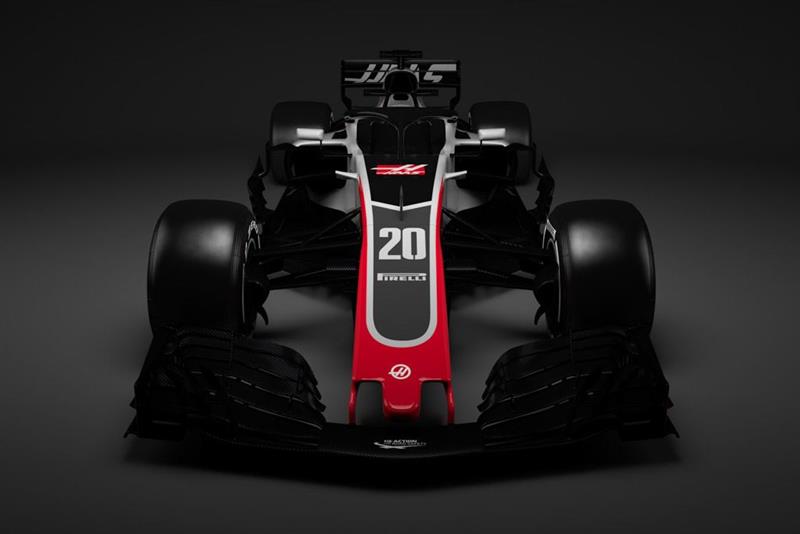 'Our 2017 car was actually pretty good, but we didn't always get the best out of it, and that's what we aimed to change in 2018. We got the car as light as possible to carry more ballast. We were able to do a better job of putting the weight where we wanted it.'

The corporate colors of Haas Automation were carried over to the VF-18. Gray makes up the majority of the livery, augmented with tones of red and black that incorporates the look of Haas Automation's complete line of vertical and horizontal machining centers, turning centers and rotary tables and indexers. Approximately 1,300 employees encompass Haas Automation, with the Oxnard, California-based company exporting its machines to more than 60 countries. The VF-18 showcases Haas Automation's commitment to technology and innovation to a passionate, global audience.

'The livery is a little bit of a return to what we had on our first car, the VF-16,' Steiner added. 'Its look is clean and precise, just like the machine tools made by Haas Automation.' 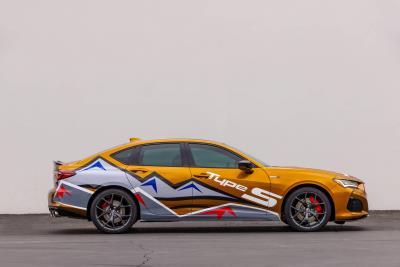 Acura returns as sponsor and competitor in Americas most grueling hill climb 2021 TLX Type S to pace the historic race with television personality Ant Anstead behind the wheel Acuras best performing sedan ever, the new 2021 TLX Type S, will pac... 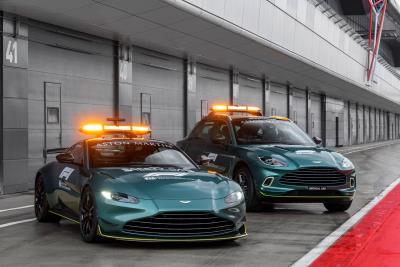