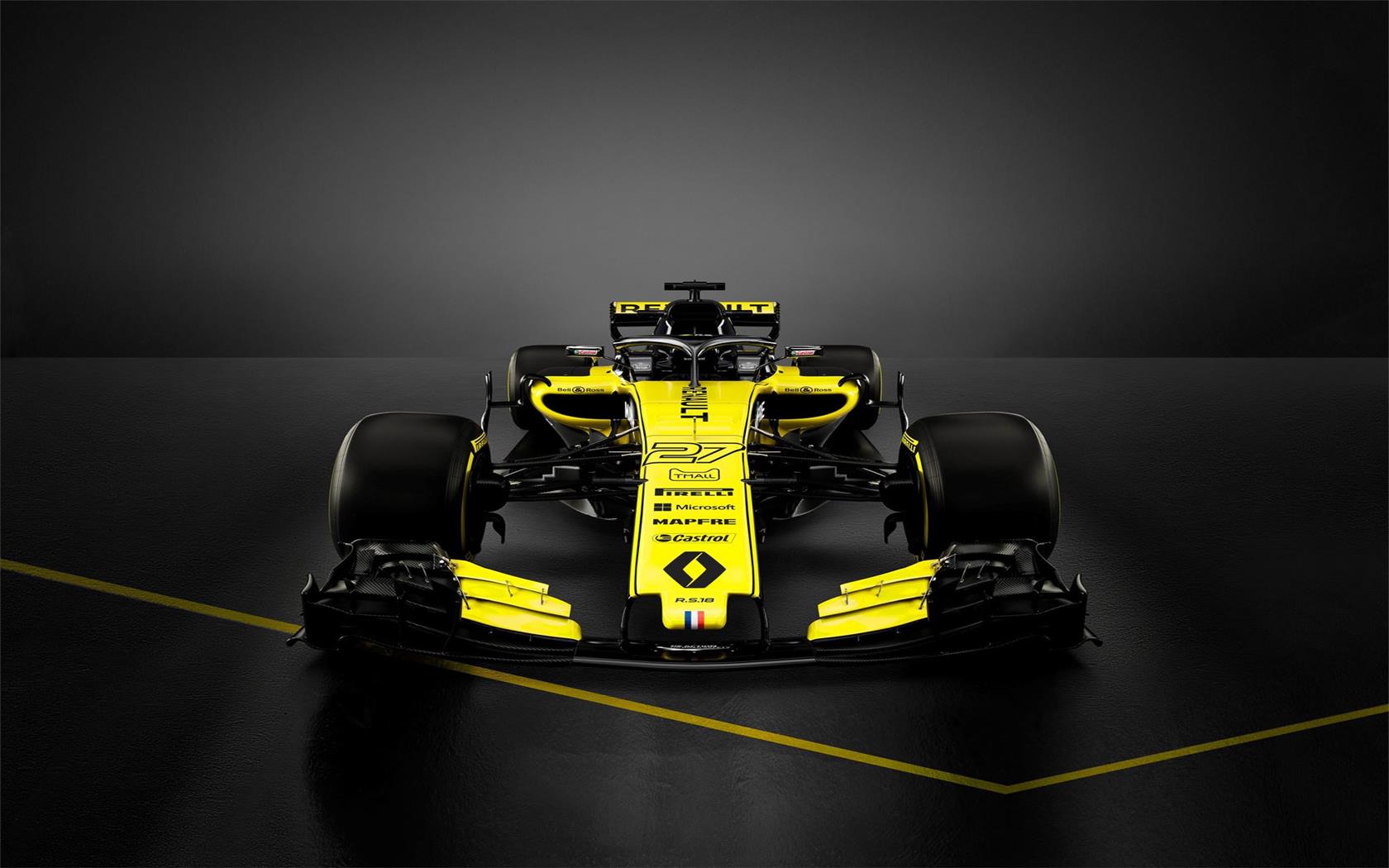 Renault Sport Formula One Team is proud to be supported by several partners including BP Castrol, INFINITI, MAPFRE and RCI Bank, but also Microsoft, EÚRODATACAR, Estrella Galicia, Bell & Ross, Tmall and many others
•F1 challenger will continue the team's upward performance trajectory
•Nico Hülkenberg and Carlos Sainz back once again in the driving seats
•Jack Aitken steps up to Third and Reserve Driver role
•Nico, Carlos and Jack joined by Artem Markelov as Test and Development driver

Fans of the Renault Sport Formula One Team were able to get a close-up look of the 2018 season challenger today as the Renault R.S.18 was unveiled. Úsing specially created tools, fans could see a stunning hologram projection of the car and spin it through 360 degrees to see its brand-new lines and new black and yellow livery.

The Renault R.S.18 is Renault Sport Formula One Team's third chassis since its return to Formula 1 as a full works' entry in 2016. The car is a progression and refinement of the concepts developed during the 2017 season. It includes an improved suspension concept and greater aerodynamic downforce. Noticeably, the R.S.18 also features the mandatory new-for-2018 cockpit protection known as the 'halo' and a re-profiled engine cover to comply with the 2018 technical regulations.

The 1.6-liter turbocharged V6 Renault R.E.18 power unit will power the R.S.18. The power unit has realized a very strong program on the dyno in Viry-Châtillon to maximize performance and improve reliability in preparation for the reduction to just three internal combustion engines (ICE) and two MGÚ-K and energy stores per season.

The R.S.18 is developed jointly by the teams in Enstone, ÚK, and Viry, France. Significant improvements have been made to the Enstone facility over the past year, with enhancements to the CFD supercomputer, wind tunnel, race team operations room, gearbox dyno, machine shop and an expanded design office. The upgrades have already translated into on-track performance, with Renault Sport Formula One Team finishing the season sixth in the Constructors' Championship, improving from ninth in 2016.

'Renault Sport Formula One Team's ambition is clearly to uphold the outstanding record of the past and the 2017 season has confirmed we are on the right track,' said Renault Sport Racing President Jérôme Stoll. 'We are a team on the rise. We have two very talented drivers who are hungry for results. Enstone is regenerated and the workforce has already increased by more than 35%. Our investment has so far been successfully translated to the track as we rose from ninth to sixth in the Constructors' Championship in 2017 and ended the year with the fourth fastest car. The success of the program in just two years is testament to the resilient plan laid down early in the creation of the team and the strong job done by Cyril and the entire Renault Sport Racing teams. I am convinced year three will take us one step closer to the long-term aim: winning races and challenging for championships.'
Source - Renault 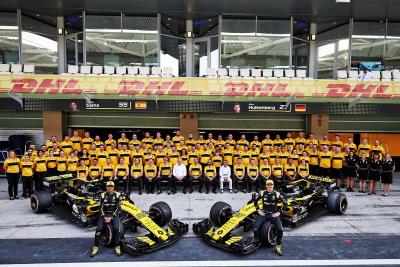 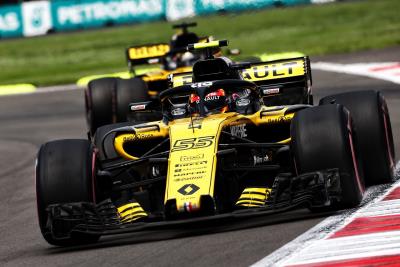 Renault Sport Formula One Teams Nico Hülkenberg took his fifth six-placed finish of the season in a strategic Gran Premio de México, helping the team to a 30-point advantage over its nearest championship... 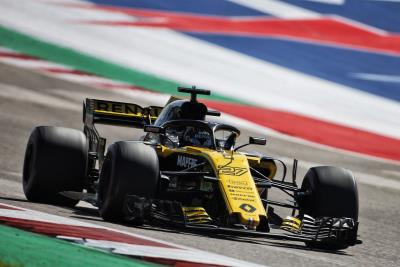 Renault Sport Formula One Team scored its best result of the season where Nico Hülkenberg finished sixth and Carlos Sainz took seventh at the Pirelli United States Grand Prix. Both drivers made strong... 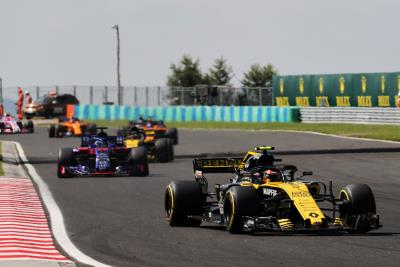 Renault Sport Formula 1 Team endured a frustrating Formula 1 Rolex Magyar Nagydí where Carlos Sainz finished in the points, but wasnt able to fully capitalise on his fine fifth position on the grid.... 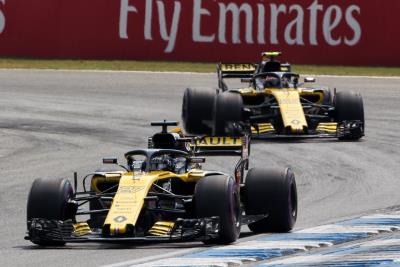 Fifth In Wet And Dry Thriller 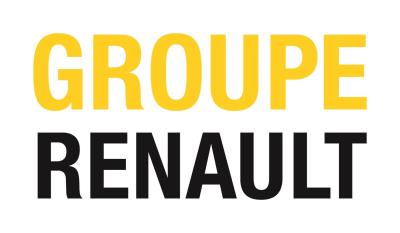 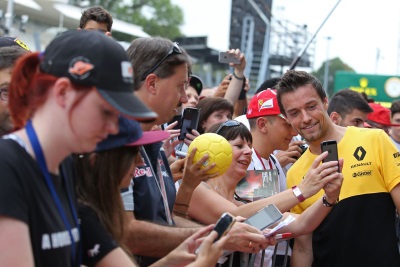 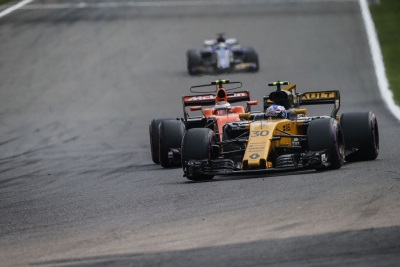 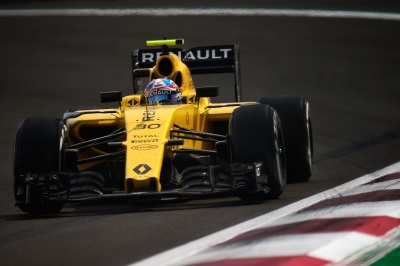 Renault Sport Formula One Team is proud to announce that it will retain Jolyon Palmer for the 2017 season. Jolyon will join the recently-announced Nico Hülkenberg to complete the teams 2017 race driver... 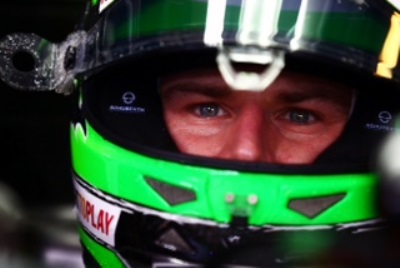 Renault Sport Formula One Team is proud to announce that Nico Hülkenberg will join the team for 2017 as part of a multi-year deal. Twenty-nine year-old Nico has raced in 111 Formula 1 Grands Prix since...
2018 Formula One Season2018 Season Review