In 1956, at the age of 22, Peter Monteverdi took over his fathers repair shop. Monteverdi had built a reputation in Formula 1 and had formed a relationship with Enzo Ferrari. This lead to many of the cars being inspired by Ferrari designs.In 1967, the Monteverdi High Speed 375 S was introduced to the public at the Geneva Auto Show. This was followed by the Hai 450 SS, which was powered by a Chrysler Hemi engine which was mounted mid-ship. The design was elegant and bold, but the company was finding it hard to competing with other marque's such as Ferrari and Lamborghini.Peter Monteverdi re-entered the automobile industry in the early 1990s with the goal of creating the ultimate supercar. It was given a Formula 1 chassis from the defunct Monteverdi - Onyx F1 team plus its Ford DFR V8 engine. The engine displaced 3.5 liters and offered 649 horsepower. It had a six-speed manual gearbox and tipped the scale at 850 kg. Top speed was achieved at 208 mph and had a zero-to-sixty mph in a mere 3 seconds.
The car's name was the Hai 650 F1, in reference to the engine output. The car attracted the attention of several potential customers and a few orders were taken, although no cars are believed to have been sold to customers. Three prototype examples were built and are currently on display in the Monteverdi Museum in Basel, Switzerland.
By Daniel Vaughan | Feb 2019 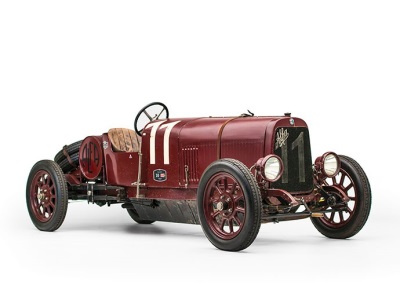 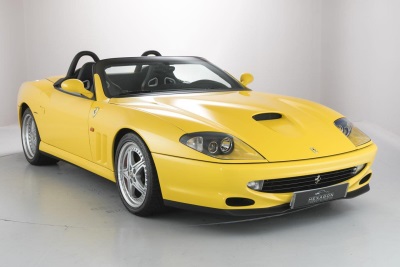 Hexagon is delighted to offer for sale two spectacular Ferrari convertibles, a 2001 550 Barchetta Pininfarina and a 2005 575 Superamerica Both have ultra-low mileages with the Barchetta having covered 1,625 miles, while the Superamerica has just 1,...