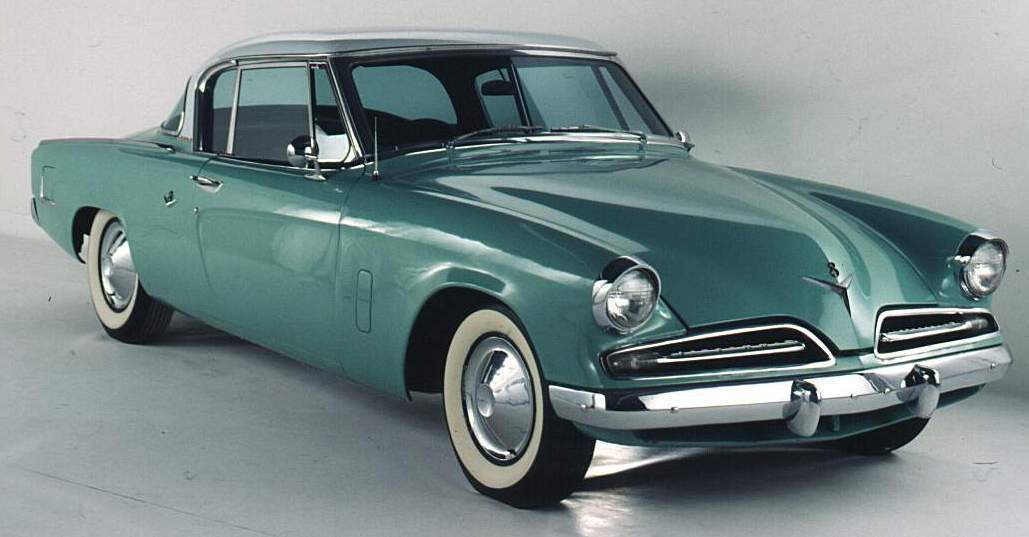 1953 was the introduction of Studebaker's first entirely new body style since 1947. Surprisingly, the demand for the Loewy coupes, as they were called (after designer Raymond Loewy), outweighed the demand for the sedans 4 to 1! The 1953 Studebaker Loewy coupe was acclaimed numerous times as the most beautiful cars ever produced. Beautiful they were, but powerful, they were not. The 6-cyl Champion version was grotesquely underpowered, and the V-8 Commander was not exactly a muscle machine.

The 1953 bodyshell was one of the most widely used designs by Studebaker. Due to insufficient funds, Studebaker kept on using the basic 1953 coupe body on its Hawk series until 1964. The 1953 sedan body, albeit heavily modified throughout the years, was used until the demise of the company in 1966.1953 Studebaker models included the entry-level Champion (priced from $1,740 to $2,120) and the Commander (priced from $2,090 to $2,375). Trim levels on the Champion included the Custom, Deluxe, and Regal; trim levels on the Commander included the Deluxe, Regal, and Land Cruiser. Body styles on both the Champion and the Commander included a two- and four-door sedan, Starlight Coupe, and Starliner hardtop. The sedans, with the exception of the Land Cruiser, had a 116.5-inch wheelbase. The coupes, hardtops, and Land Cruiser sedan rested on a 120.5-inch platform. The Champion was powered by an L-head six-cylinder engine with a 169.6 cubic-inch displacement, solid valve lifters, a Carter one-barrel carburetor, and produced 85 horsepower at 4,000 RPM. The Commander had an overhead valve V8 engine with a 232.6 cubic-inch displacement, solid valve lifters, Stromberg two-barrel carburetor, five main bearings, and developed 120 horsepower. Both engines were backed by a three-speed manual transmission with column-mounted gearshift controls. Overdrive was a $105 option on the champions and $120 on the Commanders. Automatic Drive was also optional equipment. Studebaker offered numerous options on both the Champion and the Commander for 1953 including a higher compression ratio for the engine, Stratoline eight-tube push-button radio, white sidewall tires, exhaust deflector, gas door guard, rear fender skirts, tire chains, artic wiper blades, cigarette lighter, back-up lights, parking brake warning lights, electric clock, safety child-proof rear door locks, tissue dispenser, side window vent shades, and hydraulic power steering.
The Champion and Commanders could be identified by the model identification on the left grille bar. Instead of a hood ornament, Champions had the symbol '8', representing the eight-cylinder engine. The grille, located above the bumper, was divided in two, with openings separated by a portion of the hood that stretched to the bumper. The interiors featured a new instrument panel with four hooded instrument pods.
The total Studebaker sales for 1953 reached 151,576 units, with the Commander accounting for half of Studebaker's total production.

The Studebaker Commander was produced for several years, representing several body style changes, and first appeared in the 1920s. The company would continue to use the name until its demise in 1966. There were only a few years where the Commander did not appear in Studebakers line-up during that time those were in 1936 and 1959-1963. When the name first appeared in 1927, it was Studebakers....
Continue Reading >>