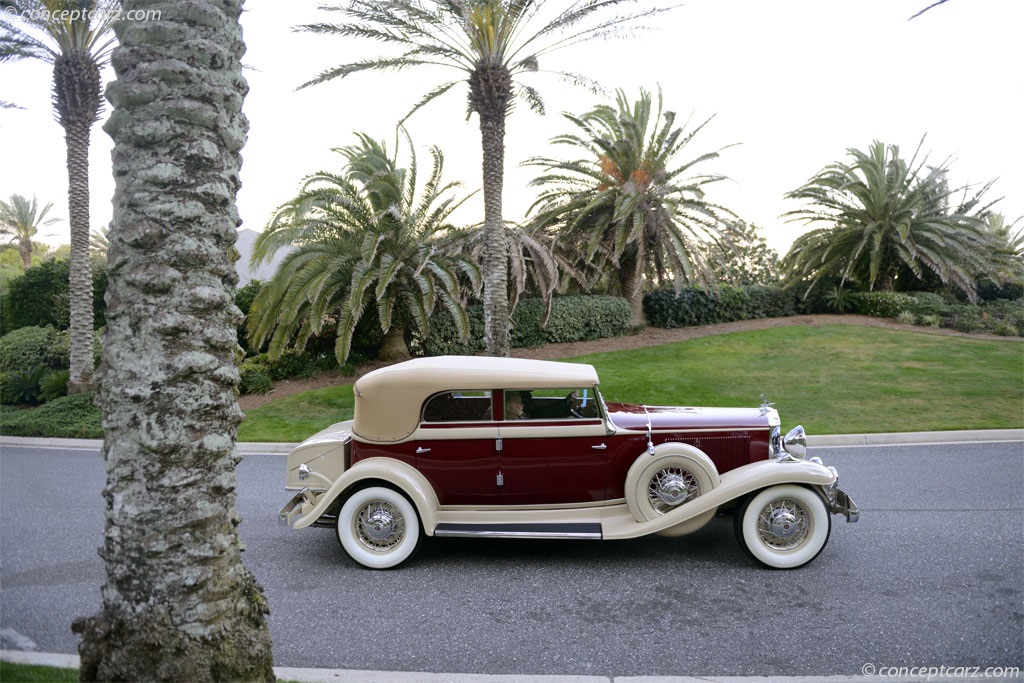 The President Starlight hardtop was produced for only one year, 1958. The Starlight was complete with chrome and fins, but it was still based on the old 1953 body shell. The narrowness of the body prevented the use of conventional quad headlights, so Studebaker resorted to a 'pod' design where the lights bulged out slightly on the sides of the car.
By Daniel Vaughan | Dec 2007

The Studebaker President was introduced in 1928 and signaled Studebaker's entry into the luxury car segment. It was powered by a high output eight-cylinder engine that easily carried the elegant coachwork at high rates of speed. Three Presidents we....[continue reading]

Studebaker produced the President Eight from 1927 to 1942. The 1929-33 Presidents are Classic Car Club of America Full Classics. The President bodies have a color band at the beltline and crowned and beaded fenders. Though elegant, they were not expe....[continue reading]

All 1932 Presidents featured new bodies and rode on a 135-inch wheelbase. Rear hinged doors and spoked 'artillery' wheels also were new that year. This is one of fewer than ten 1932 President Convertible Coupes known to exist.....[continue reading]

The Studebaker brothers, Henry and Clem, established a wagon shop in South Bend, Indiana, in 1852 with a total capital of just $68. Migration to the western territories, the Indian Wars, and orders from settlers and the U.S. Army for covered wagons b....[continue reading]