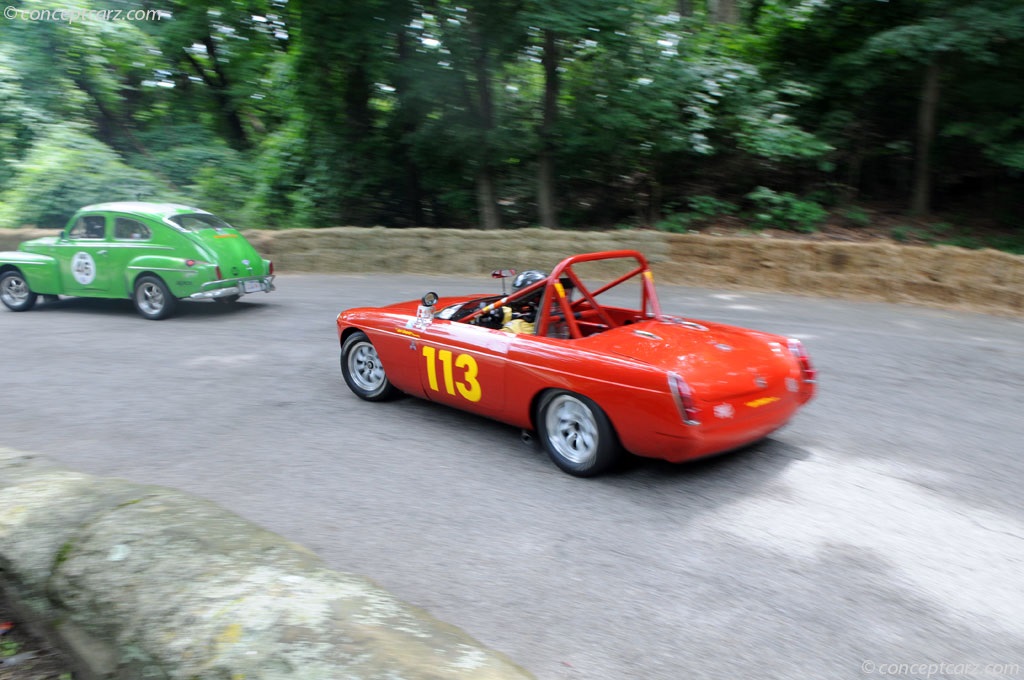 The MGB was introduced at the October 1962 London Motor Show. It had an envelope body with low-cut doors and a useful trunk. Production lasted over an 18-year production run with styling changes occurring during that time. The MK1 MGBs, produced from....[continue reading]

Discovered on the West Coast in 1984, this 1964 MGB, with early 'pull handle' doors and rare three main bearing engine, was transformed from a then-unoriginal color to proper British Racing Green in 1985. In 1994, the car underwent a second restorat....[continue reading]