Roadster
In 1996, Mercedes-Benz began offering a junior SL sports car dubbed the SLK (with internal code number R170). This new model proved very successful for the German marque. Wearing styling by Bruno Sacco, the original SLK had clean, sharp lines and an ingenious folding roof mechanism, which would become the benchmark for all future open-topped cars. The original SLK (with the 'K' representing Kurz, or 'short' in English), was initially only available with a range of four- and six-cylinder engines. It did not take AMG long to turn their attention on this model, resulting in the SLK32 released in 2001. The engine was given a supercharged 3.2-liter V6 which offered 260 kW (350 bhp) and mated to a 'Speedshift' five-speed transmission that claimed to have a 35 percent improvement in shift times over the regular automatic box. Every AMG engine was hand-built and signed by an AMG engineer. The improvements continued throughout the vehicle, including to the brakes and suspension, to cope with the additional power. The SLK32, with the additional power and hand-built attention, came with a hefty price tag, resulting in just 4,333 units produced.
By Daniel Vaughan | Jul 2015
Animal, muscular, poised, predatory and competitive, those are the words used to describe the Mercedes-Benz SLK. Mercedes-Benz designers and engineers continue to remain the world leaders in created a peerless and beautiful vehicle.For 1998 Mercedes Benz chose to unveil something different; a 2-passenger sports car with a supercharged 2.3-liter 4-cylinder engine. Rather than a soft top though, the SLK featured a metal roof that powered down at the touch of a button into the trunk for stowage. Taking only 25 seconds, the trunklid opened forward for cargo, and tilted from the rear to raise or lower the top. SLK stands for sporty, light, and compact in German. The design work behind the SLK stemmed from the compact C-Class sedan. The presence of the supercharged engine was marked with a 'Kompressor' badge on the front fenders. The Mercedes SLK only offered a 5-speed automatic transmission. Traction control, door-mounted side airbags and antilock brakes were standard features. When a special Mercedes child seat was installed, a 'BabySmart' feature automatically deactivated the right-side airbags. For 1997 the SLK was on Car and Driver's Ten Best list.
For the second year, the Mercedes-Benz SLK received a 5-speed manual transmission as standard, and the previously standard automatic transmission was now an option. A new Sport package was offered and included 'aero' lower-body cladding and performance tires on 17-inch wheels rather than the usual 16-inch wheels. Also becoming standard on the SLK was Mercedes 'Brake Assist' feature that automatically provided full braking force in emergency stops.
Not many changes were made for the 2000 Mercedes-Benz SLK except for the addition of free scheduled maintenance to the SLK's warranty coverage.For 2001 the SLK added the SLK320 into its lineup. The SLK320 featured a 215-hp V6 engine with an additional 5 horsepower and standard 6-speed manual transition. The following year a new SLK32 AMG model was unveiled. A supercharged version on the V6, the SLK32 AMG featured modifications to suspension, bodywork, transmission and interior by Mercedes AMG performance team. The SLK32 AMG had a 3.2 liter engine and was available in limited qualities in the U.S. and went from 0-60 mph in 4.5 seconds. The SLK 32 AMG was the best-performing SLK ever, and was direct competition to the BMW M Roadster and Porsche Boxster S. The SLK 32 AMG was only offered with automatic transmission and came with a hand built engine. The SLK 320 was built in South Africa, rather than in Bremen, Germany. On January 29, 1997, the very first R170 Mercedes SLK was completed, while the last was built on April 7, 2004.The SLK230 and 320 Sport package now mimicked the SLK32's lower-body aero trim, projector-beam fog lamps and wheels. For 2003 the Mercedes SLK remained unchanged. In 2004 the SLK featured a special edition package that was only available for the year for the SLK230 and the SLK320. This special edition package included 17-inch wheels, exterior chrome accents, a body-colored grille and Nappa leather sports seats and roll bar. The SLK200 wasn't available for sale or purchase in the U.S., but overseas- and those who utilized the gray market in the U.S. – received a more economic and fuel efficient and slightly toned down 2.0 136 horsepower engine that was found in the SLK200.The second generation of the SLK was unveiled in 2005, the R171. The retractable hard top SLK350 was returned to the market with enhanced handling, the power of a 3.5 liter V6, and a more uses friendly and elaborately detailed interior. The SLK350 Roadster was featured in 2006 along with the SLK280. Keeping most of the same features and options as the SLK350, the 280 was offered as a less costly option for a 3.0 V6 engine. In 2007 the SLK55 AMG was released and built in very limited quantities and for high performance drivers. This version came equipped with a 5.4 liter V8 engine, 18 inch chrome wheels, and a sports car designed suspension with brakes and tires to match. The interior of the SLK55 AMG featured heated Napa leather upholstery and detailed luxury sport trim and control panels.
For this same year, no major changes were made to the Mercedes Benz SLK 350 or SLK 280 cabrioles or coupes. The public weighed in and the overwhelming review was that the SLK was spectacular with invigorating and responsive handling.
By Jessica Donaldson 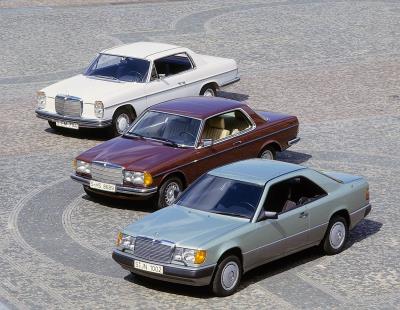 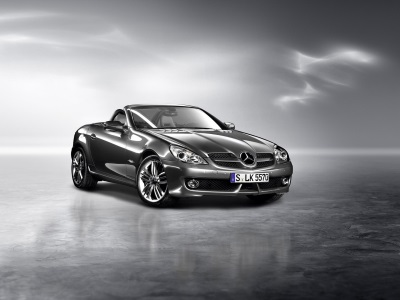 In the spring of 2016 the new Mercedes-Benz SLC inspires an appetite for open-top driving. The compact roadster is the latest instalment in a two-decade success story which began in April 1996 with the... 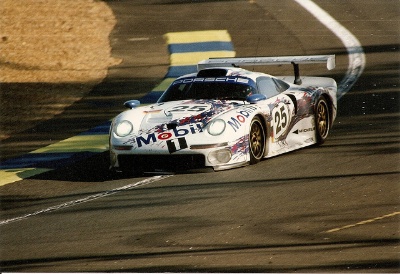 Thierry Boutsens first encounter with the 24 Hours of Le Mans would come only after a few years of his being involved in racing. In 1981, Boutsen would partner with Serge Saulnier and Michel Pignard...
© 1998-2020. All rights reserved. The material may not be published, broadcast, rewritten, or redistributed.