Enzo Ferrari had a passion for racing but understood the importance of road-going models to fuel the passion. Prior to the introduction of the 250 Europa, the first of the '250 Series' nomenclature, Ferrari's road-going car production had been exclusive and often built at customer's request and to their specification or intended use. A new dawn arrived for Ferrari in 1953 at the Paris Auto Salon, with the range of road-going cars being fully renewed with the announcement of two new models, the 250 Europa to replace the 212 Inter born in 1951 and a more powerful model, the 375 America.

The Ferrari 250 Europa was the company's first true Gran Turismo and wore a design that would define the appearance of future Ferrari models. The shape was refined and elegant, with a long, low hood and oval radiator, and gently curving bodylines.

The second series Europa GT (the first to officially wear the GT badge) arrived the following year at the Paris Auto Salon, and although it had a similar appearance, it was drastically different. While the Europa employed a 2,963cc Lampredi-designed 'long block' V12 engine, the Europa GT (and all other 250 Series models) was equipped with a Colombo-designed 'short block' V12 which allowed for a shorter wheelbase. Most of the road-going 250 Series rested on the same two wheelbases of 94.5-inches (2400mm) for short wheelbase (SWB) and 102.4-inches (2600mm) for long-wheelbase (LWB) models. Most of the convertibles received the shorter wheelbase platform.

The engine installed in the 250 Europa was a square unit with 68mm of bore and stroke, three Weber 36DCF (or DCZ) carburetors, single overhead camshafts, a 60-degree V-angle, and delivering nearly 200 horsepower at 6,300 RPM. It was mated to a four-speed transmission and three different rear axle ratios were offered to customers. The suspension was independent in the front with double wishbones and double leaf springs. The rear used a live axle with semi-elliptic springs and Houdaille shocks. Four-wheel hydraulic drums provided the stopping power. Both the Europa and 375 America shared the same chassis, 110.2-inch wheelbase, and many mechanical components apart from the engine. The 375 employed a 4.5-liter version of the Lampredi engine and just twelve examples were built with Pinin Farina creating most of the coachwork, while Vignale bodied around four examples.

Giovanni Michelotti designed the bodies for the 250 Europa while Pinin Farina and Vignale created the coachwork, with styling similar to the 375 American and 340 Mexico coupes. The design was a perfect blend of sportiness and elegance. Ferrari built 22 examples of the 250 Europa included four with Vignale coachwork and 18 by Pinin Farina. Vignale's relations with Ferrari began in 1950 and ended in 1954 after having bodied over 150 different automobiles bearing the Cavallino Rampante. The Vignale-bodied examples were distinguishable by their juxtaposition of sharp angles and rounded edges, and the numerous air inlets, louvers, and other distinct styling cues, including the preference for two-tone paintwork. Some of these features served a functional purpose, while others were simply ornamentation.

Nearly of the 250 Europas clothed by Pinin Farina were coupes, with one receiving cabriolet coachwork. Many examples were exported to the United States. The list of original owners included Princess de Rthy of Belgium, Prince Bernhard of Holland, Charlie Chalpin, and even Enzo Ferrari himself.

The luxurious and expensive 250 Europa had sleek lines and advanced specifications, capable of maintaining the marque's reputation for performance. The 200 horsepower was able to achieve a top speed of 135 mph with zero-to-sixty mph accomplished in under eight seconds. Combined with superb handling characteristics, it made for an outstanding grand touring package. 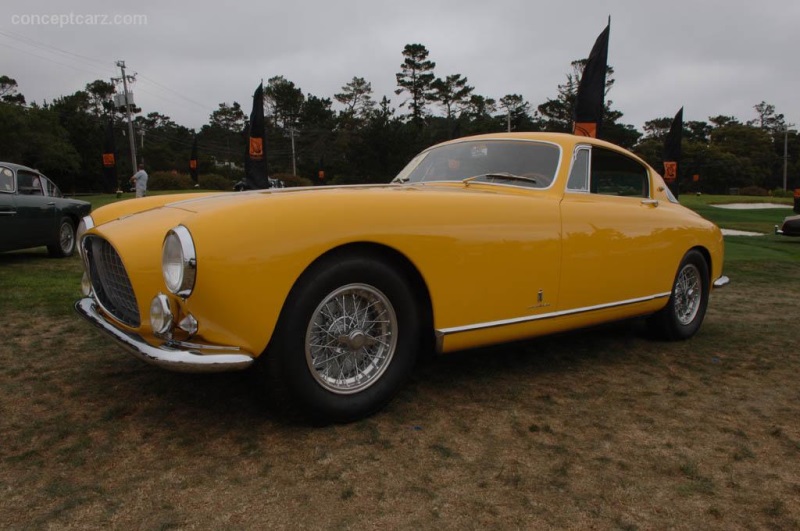 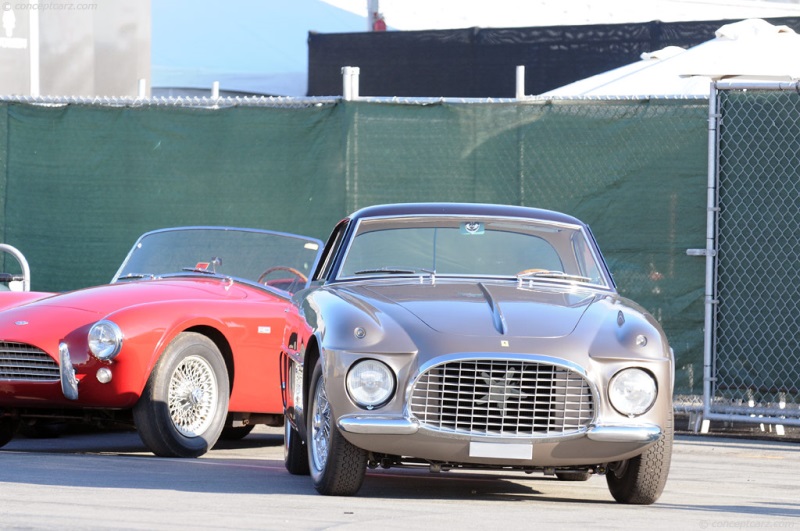 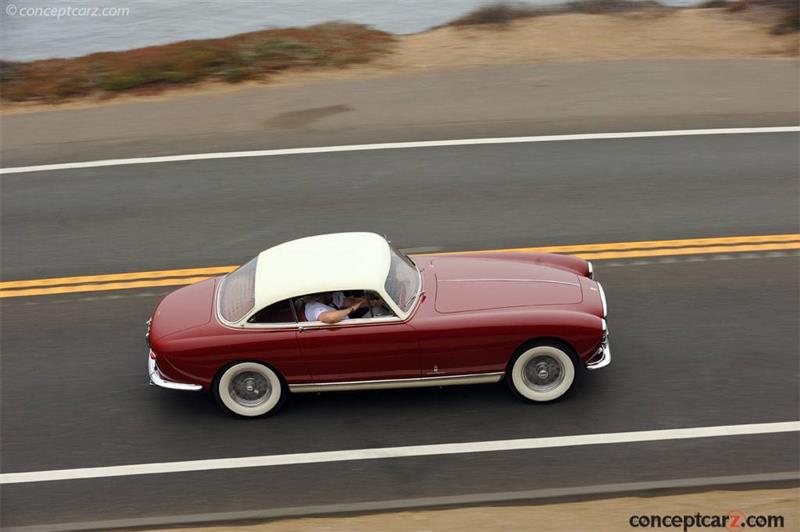 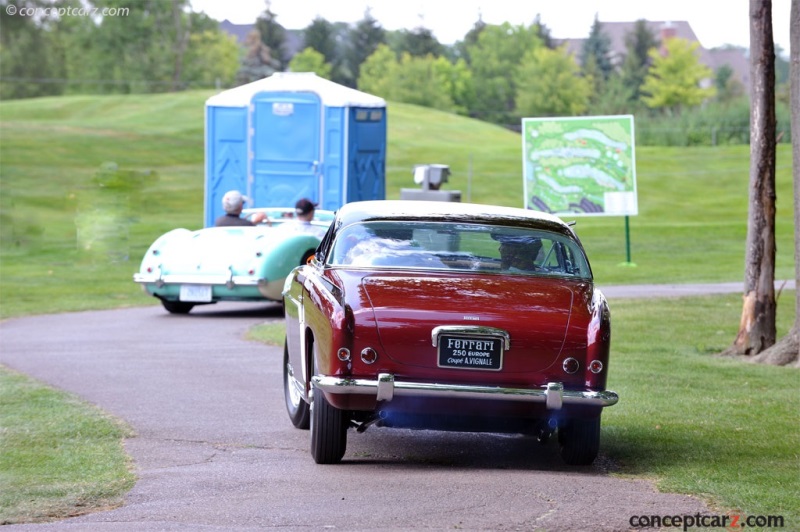 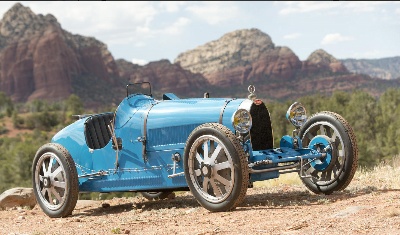 The Prototype Bugatti Type 35 Grand Prix is added to the line-up as the final call for entries is announced The finest motorcars in the world continue to be added to what has fast become Bonhams most anticipated US automotive event in recent years... 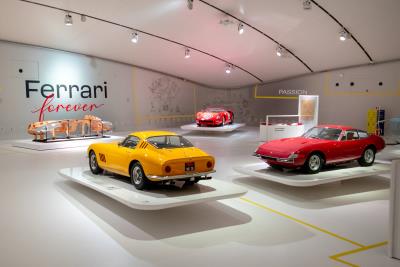 'Ferrari Forever' opens at the Enzo Ferrari Museum in Modena

FERRARI FOREVER OPENS AT THE ENZO FERRARI MUSEUM IN MODENA. AN EXHIBITION DEDICATED TO THE WORLD OF CLASSICHE, CELEBRATING 75 YEARS OF THE MARANELLO-BASED COMPANY. On 12 March 1947, Enzo Ferrari started up the Ferrari 125 S, the first car... 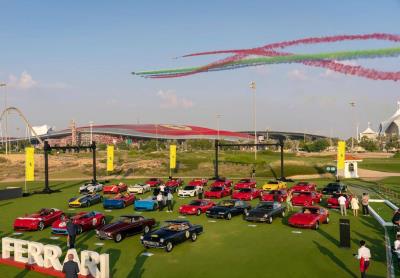 A remarkable debut that brought together some of the most beautiful classic Ferraris from the Middle East and beyond. Abu Dhabi. In the year marking its 30th anniversary, Cavallino Classic has been advancing its international approach.... 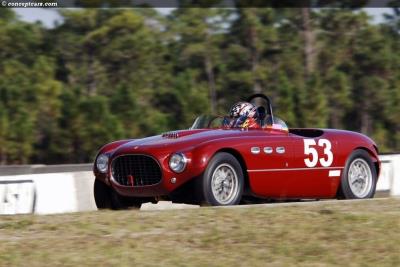 Three stunning twelve-cylinder Ferraris from the 1950s will be presented this January Santa Monica, Calif. (December 20, 2018) – Gooding %26 Company, the auction house acclaimed for selling the worlds most significant and valuable Ferraris...