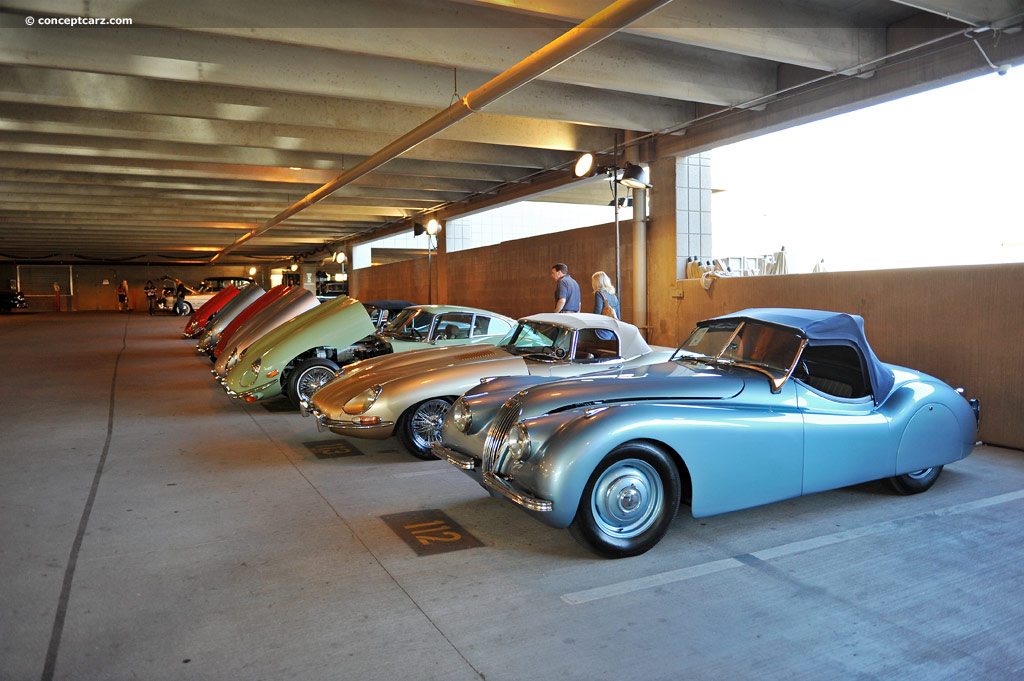 The Jaguar XK120 was meant to be a low production model, but it was considerably more desirable and popular than expected, resulting in higher-than-expected production numbers. It was to have ash-framed alloy coachwork, but this was later replaced b....[continue reading]

The Jaguar XK120 was launched at the 1948 London Motor Show as a test bed and show vehicle to highlight the new Jaguar XK engine. The car caused a sensation, which persuaded William Lyons to put it into production as a standard model. The first 57 ri....[continue reading]

This is a very early 'steel' car with aluminum bonnet, boot lid and doors which has chrome side lights, short convertible top with fixed windows, tall dash pot carburetors, flat top distributor, boat propeller fan and many other features. The car ha....[continue reading]

It is believed that the original owner of this Alloy Roadster was Hollywood icon Clark Gable. It was originally painted Suede Green from the factory, and took on a particular shade of silver gray after arriving in California. This color was the Gable....[continue reading]

This Jaguar XK120 is the 288th example built and is therefore one of the early steel-bodied examples produced after the end of alloy-body production. The car was restored to the original color combination of Pastel Blue with two-tone French Blue and ....[continue reading]

This Jaguar XK120 is one of six works-prepared lightweight aluminum-bodied XK120s readied for the 1950 competition season. It was allocated to Jaguar team driver Leslie Johnson, who was joined by Jon Lea for the car's first outing at the Mille Miglia....[continue reading]

This Jaguar XK120 was built in the summer of 1950 as a left hand drive Roadster. It was finished in silver over red upholstery with a gunmetal top. The original distributor was Thomas Plimley of Vancouver, Canada. The first owner was the founder and ....[continue reading]

The history of the Jaguar XK 120 dates back to an experimental '100' coupe which was built in 1938 for the Earls Court Motor Show in London. It has many design styles that would later be found on the post-War XK120. The first Jaguar XK 120 was built ....[continue reading] 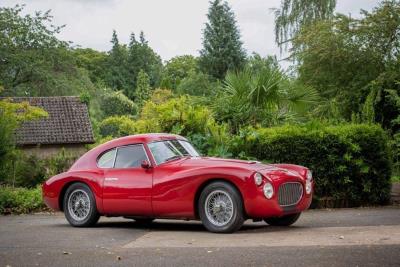 Stunning Rarities for Land and Sea Consigned for Online Only: Open Roads, The European Summer