Lancia is one of the very few motor manufacturers than can boast customers who are demanding aficionados of the brand and lovers of beauty yet also great connoisseurs of the most sophisticated technology. A leitmotif links all Lancia cars: a continuous quest for innovation linked to the most exclusive Italian craftsmanship. This driving force is essential not only to the spirit of Lancia but also to the progress of the motorcar per se. The hundreds of patents filed, the brilliant inventions and the practical creations developed by Lancia throughout nearly one century of history bear witness to this.

The year was 1965. At the Geneva Motor Show, Lancia introduced the Fulvia Coupe 1.2, a powerful, well-balanced car that was absolutely unique for the mechanical solutions adopted. The model's great strength lay in its engine configuration of 4 cylinders in a narrow V. The front subframe housed the power unit while the front suspension was double wishbone. The braking system featured four discs with a dual hydraulic circuit and brake servo.

The Fulvia Coupe was a fine example of the elegant sportiness that has always typified certain models produced by Lancia. It took just a few touches to convert a road vehicle into a racing car. Even now, the public applies the HF tag indiscriminately to the Fulvia Coupe model without distinguishing road cars from cars destined for racing activities. Think back to the legendary Fulvia Coupe Rallye 1.6 HF that won the Montecarlo Rally in 1972 with Sandro Munari aboard and also raced off with the world Brand Championship. The following year, the Lancia model pulled out of official racing and in 1976 the Lancia Fulvia Coupe ceased production after 140,000 had been built.

And now, forty years on from the debut of the first Fulvia saloon and thirty-one years after Munari's victory, Lancia has decided to build a prototype to celebrate one of the models that made the brandname famous throughout the world.

Apart from anything else, the Lancia Style Centre designers have always had one perennial dream: to recreate the Fulvia Coupe as though it had been left free to evolve without interruption. The approach to the project was very clear from the outset: no nostalgic self-indulgence but a post-modern reworking of the original concept and styling cues.

Priority was to be given to a fresh, dynamic shape without losing sight of the intrinsic spirit that made the Fulvia, designed by Castagnero in 1965, an ultra-sophisticated mix of eccentricity, elegance, clean aesthetic lines and sportiness. An absolutely up-to-date coupe, in other words. A car that offered an opportunity to explore aesthetic and engineering solutions that could be used on future Lancia products but also carried great evocative weight for people who lusted after and dreamed of the car in its heyday.

The dimensions and three-box shape of the Fulvia Coupe show car are practically identical to those of its predecessor but the track has been broadened to give the car greater stability and strength. The general layout is reminiscent of Riva motorboats of the period, i.e. a truncated tail, an extremely dynamic shape and a furrowing prow. The most distinctive stylist motif, i.e. a continuous horseshoe-shaped band that enfolded the entire body only to emerge at the tail, was reworked to give the car a more dynamic appearance and a tapering shape. The point of greatest tension lies over the front wheel where all the visual weight of the car is also concentrated to underscore the front drive and engine. The end result is that the entire car appears to be pulled along from this point. The drop-shape of the car from above with maximum width at the front and a tendency to taper off toward the truncated tail also contributes to this effect. The shape is complemented by a long bonnet, a small glazed area and a specific weight distribution pattern.

The 1965 Fulvia Coupe featured a characteristic lightness of volume that was even more evident at the rear. The new show car, however, is more muscular in appearance but lightened by fact that the lower part of the vehicle recedes toward the tail. The aggressive-looking front features a broad, rounded bonnet, headlights made out of high-tech modules and a wing-shaped 'brow' that extends the bonnet profile visually below the lights.

The burnished metal grille that bears the big Lancia shield looks sporty and three-dimensional. It has been deliberately deconstructed and simplified compared to its less aggressive sisters to emphasise the function of the air intake and create a relationship between solid metal and air at the front that reflects the pattern of the previous model.

Everything is completed by lines that flow from the bonnet to the bumpers and gather around the lower outlet where four floating quadrangular cylinders hark back to the four air intakes of the Seventies model. The clean sides hinge on a succession of concave and convex surfaces and a sturdy shoulder. The tail, the logical conclusion to the entire shape, marks a return to the cross section of the original model: it would hardly be complete without a deliberate reference to the aft surface that was such a distinctive feature of the previous model and underscored the fleeting tail while providing an unfussy frame for the tall headlights. These features, run though by two cylinders that encircle the body like exhaust pipes, depend for their effect on a transparent covering that reveals how the lamps overhang from the wing-shaped profile (a subtle hint of the expressive 'eyes' so typical of the previous car).

The three-coated Ivory body colour offers a harmonious contrast with the dark brown 'Testa di moro' leather that enfolds the passenger compartment. The interior has a decidedly Seventies feel with parts (manufactured using numerically controlled lathes) that are reminiscent of the iridescent controls on hi-fi systems of the period. The Tanganika Frise wood that covers the central facia insert and tunnel bridge is silky in appearance with a metallic sheen.

The interior features two bucket seats and an additional luggage compartment under the parcel rack. Its appearance is inspired by the original, though with a spare post-modern treatment. All the sophistication and sporty touches you would expect from a Lancia of this type are naturally in evidence. Examples include a set of bags produced specially for the show car by Trussardi using top-class original panels that represent an ideal combination between mood and practicality.

The facia, made out of two opposing, hand-upholstered shells that embrace the leather insert, appears to be surrounded by a shell that stretches smoothly to the rear of the door panel to underscore a drop-shaped floor plan of nautical inspiration. The tunnel is actually an extension of the dark brown leather trim on the floor that flows fluidly up to form arms that mirror the armrests on the doors. The saddle-shaped theme reflects the formal language of the entire interior. If you sliced through the volume of the tunnel and the side armrests you would see a longitudinal wooden bridge in the centre that houses a gearlever (enhanced by aluminium parts) with looped door pulls on the doors.

The overall look is rounded off by a three-dial analogue instrument cluster of nautical design that is pearlised in colour (similar to that of the new Ypsilon). A metal interface plate contains all the infotainment functions and the climate control system as on other Lancia range vehicles.

A steering wheel with three metal spokes contains a cylindrical airbag module and a leather-upholstered rim. The sporty, ergonomic seats are reminiscent of those on the Fulvia Coupe because the wraparound horseshoe embraces the backrest to offer broad lateral support.

Yet the Fulvia Coupe styling operation was never a mere exercise in design. All the car's exterior parts have been developed to keep down drag. The fruits of this effort are evident in the good top speed of 213 km/h, obtained from a power output that is somewhat restrained for this type of vehicle: 140 kW (103 bhp) at 6400 rpm.

Engine lightness is assured by the use of aluminium to create the body. As on all the most up to date sports cars - though some HF versions of the Seventies Fulvia Coupe also featured aluminium bonnet and doors - all exterior body panels are in aluminium. This feat of engineering has been pulled off by calling in the very best hand panel beaters. In this case, the model manufacturer, CECOMP, has done a masterly job.

This attention to lightness also allowed the weight to be kept below 1000 kg. The Fulvia Coupe weighs exactly 990 kg, an absolutely outstanding value for this vehicle type. It also guarantees an excellent weight/power ratio (7 kg/bhp) and acceleration from 0 to 100 km/h in 8.6 seconds. All this naturally means reduced fuel consumption: over a combined cycle, for example, fuel consumption never exceeds 7.3 l/100 km.

The Lancia prototype is also equipped with a 4 cylinder 1.8 16v engine with variable valve timing and a McPherson front suspension layout with telescopic struts, coaxial coil springs and lower wishbones. Although the geometry is relatively simple, it ensures a dynamic first rate performance aided by Pirelli PZero Nero tyres. The technical picture is completed by rear suspension with longitudinal arms, antiroll bar, braking system with four disc brakes (the front ones are ventilated) and an ABS.

No other electronic gadgets have been added, such as antislip or stability control devices, because we did not wish to detract from the purity of the car's wonderful old-style sporty drive. The Fulvia Coupe is fully entitled to a place in the wish list of people who know how to appreciate a car of great personality and charm even if it is a pilot model. Even today, Lancia aficionados are known for the extraordinary passion and enthusiasm that they share with those who design, test and produce Lancia cars. Source - Lancia Cars 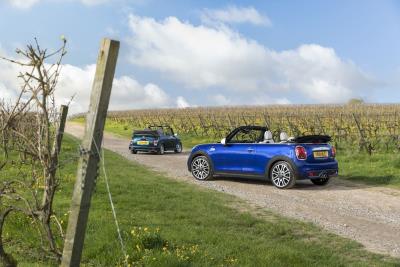 MINI UK is celebrating a key milestone with the 25th anniversary of the MINI Convertible, first on sale in 1993. The iconic vehicle is similarly celebrating another ground-breaking landmark as the bestselling convertible model in the UK. 1993... 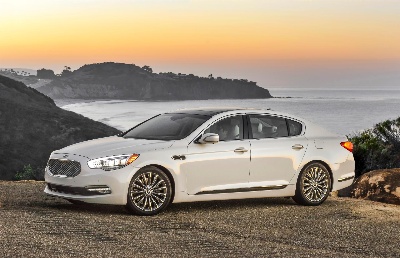 Modern and Elegant, the K900 Signals a New Era for Kia and Advances the Brand to New Levels of Sophistication Highly intuitive and advanced technology combine with superb craftsmanship and materials to boldly announce Kias entry into the rea...