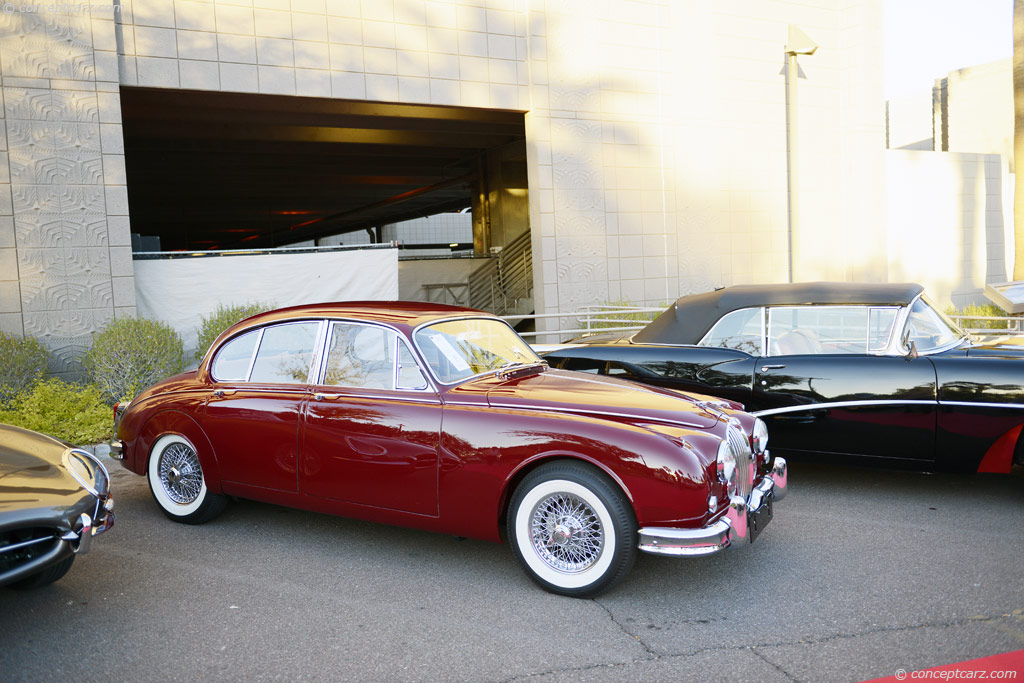 The medium-sized Jaguar MK. II saloon was built between 1959 and 1967 in Coventry as successors to the Jaguar 2.4 liter and 3.4-liter models manufactured between 1957 and 1959. Retrospectively, these models became known as the Jaguar Mk. I following the introduction of the Mk. II in 1959. Adhering to Sir William Lyons' maxim of 'grace, pace and space', the Jaguar Mk. II was an elegant, stylish, fast, and capable saloon. The 3.8-liter model was particularly fast with its 220bhp engine giving a standing start of 0-60mph in 8.5 seconds and to a top speed of 125mph.

Jaguar's sports car racing success and the popularity of the Mark VII Saloon were instrumental in establishing the company's reputation for producing the very best sporting and luxury cars at an exceptional value for the money. Near the close of 1955, the company announced the Mark 1 Saloon and was the first production Jaguar to employ the unibody monocoque method of construction in which the shell doubled as the chassis. This configuration reduced weight and enhanced structural rigidity, effectively creating the world's first sport sedan. The initial 2.4-liter powerplant was replaced by a 3.4-liter unit in 1957, followed by a 3.8-liter version in 1959.

The Mark 2 Saloon had larger windows, more slender roof supports, and a redesigned and updated interior. Mechanically, the rear axle was much wider, and its performance was drastically increased. The 2,483 cubic centimeter engine developed 120 horsepower and the 3,442 cubic centimeter version from the Jaguar XK offered 220 horsepower. The 3.8 was similar to the one used in the 3.8 E-Type (known as the XKE in the United States), with the same block, connecting rods, pistons, and crank but its carburetor setup and inlet manifold were different. It used two SU HD6 carburetors in the 3.4- and 3.8-liter versions, while the European E-Type was equipped with three. The 2.4-liter engine was fitted with twin Solex carburetors. The Mark 2 had curved ports while the E-Type had straight ports.

The Jaguar Mark II was introduced in October 1959 and continued in production until 1967. The MKII was built as a replacement for the 2.4 and 3.4-liter saloon, also known as the MKI. The MK II was based on the MKI, but the result was different in many ways, both aesthetically and mechanically. Improvements in the design and modern materials resulted in a reduction of overall weight. The interior....
Continue Reading >>

The replacement for the first small unibody sedan, the 1955 Mark 1, the Mark II was an extremely elegant sedan that has been considered the most eye-catching, most compact Jaguar sedan ever. The Mark II featured a larger greenhouse, larger side and rear windows, an updated grille, fitted fog lamps, a wider rear track without the full fender skirts, and standard four-wheel disc brakes. Jaguar postwar....
Continue Reading >>

Near the close of 1955, Jaguar announced what was retrospectively dubbed the Mark 1 Saloon. The unibody monocoque method of construction was a first for Jaguar, as it was a type of manufacture in which the shell doubled as the chassis. This method sa....[continue reading]

The Jaguar MK2 was introduced in 1960 and rode on a 107 inch wheelbase. Power was from the famous Jaguar 3.8 liter inline six-cylinder engine from the XK series offering 220 horsepower. Around 30,000 examples were produced through 1966. ....[continue reading]

The Jaguar MKII saloon was introduced in late 1959, as a successor to their 3.4 saloon of 1957-1958. The MKII featured a new wrap-around backlight, revised side window, and driving lights incorporated into the frontal ensemble. Power was from a Jagua....[continue reading]

The Jaguar MK II was produced from late 1959 through 1967 and was the company's mid-size flagship vehicle fitted with a 3.8-liter engine. They were one of the world's fastest sports saloon, and soon raced in the British saloon-car scheme. The MK II t....[continue reading] 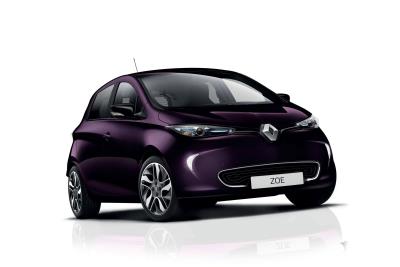 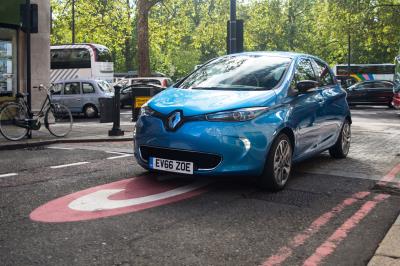 All-Electric Renault Zoe Named 'Best Electric Car Up To £20,000' For The Fifth Consecutive Year At What Car? Awards

100 per cent electric Renault ZOE named Best Electric Car under £20,000 for fifth consecutive year ZOE has up to 250 mile range (NEDC) – the longest of any mainstream electric vehicle ZOE available from £14,245 (after Plug-in Car Grant, not incl... 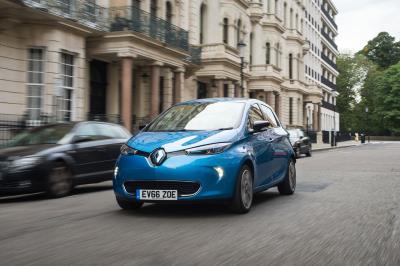 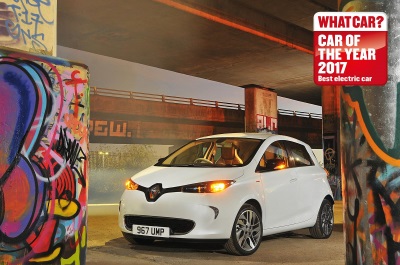 ZOE NAMED BEST ELECTRIC CAR AS IT WINS FOR THE FOURTH CONSECUTIVE YEAR AT WHAT CAR? AWARDS 2017