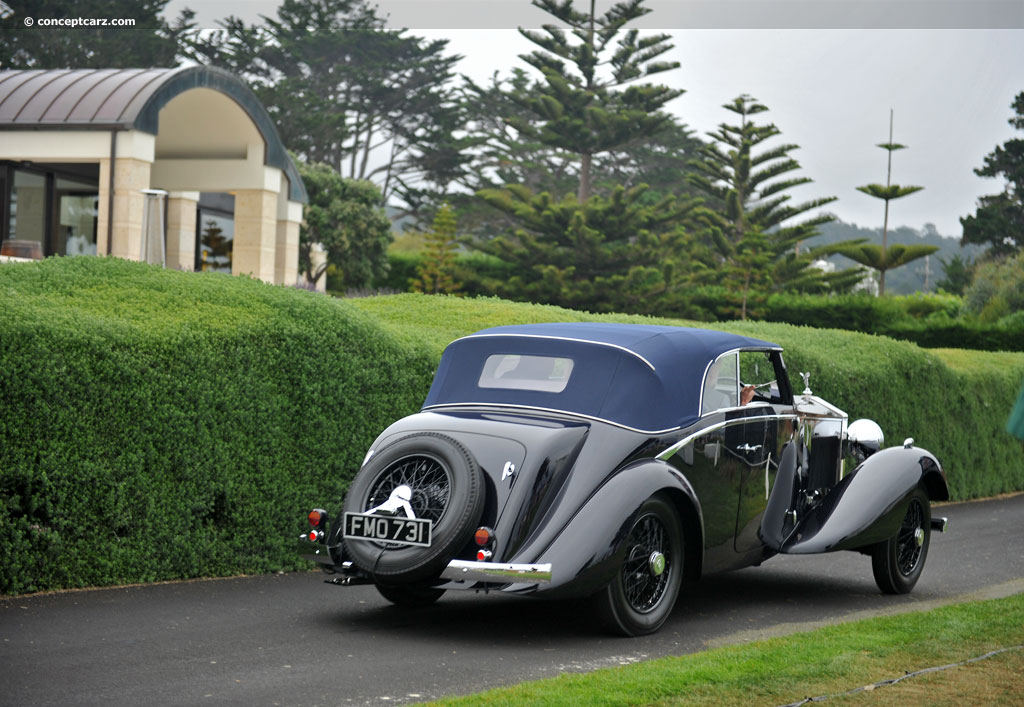 The 20/25 HP model, the smaller sibling to Rolls-Royce's larger Phantom II, were produced in keeping with the companies tradition of a two-model policy. The 20/25HP model was a strategic evolution of the previous 20 hp model. The engines increased ou....[continue reading]

The Rolls-Royce was the result of a meeting between Henry Royce, a manufacturer of electric cranes in Manchester, and the Honorable C.S. Rolls, a pioneer motorist then selling Panhard automobiles in London. Rolls wanted his name to be associated onl....[continue reading]

The Rolls-Royce 20/25 was the company's most popular model in the pre-World War II era. During its seven-year production run ending in 1929, 3,827 chassis were manufactured. They Model 20/25 succeeded the 'Twenty' and were produced alongside the Phan....[continue reading]

This vehicle's main function was for a gentleman's hunting wagon. However, the second owner of the Shooting Brake was a doctor in South Africa in the 1930's-1940's. There were only eighty-one cars produced in this GHW Chassis series. The coachwork is....[continue reading]

Originally sporting a saloon body by Gangloff, this Rolls-Royce 20/25 was rebodied in 1937 and is one of just two 20/25s with Graber coachwork to survive. Owned at one point by H&H Shar Ali Wali Khan of Afghanistan, the car toured occupied Europe bef....[continue reading]

The 20/25 was Rolls-Royce's second 'small' car, succeeding the 20hp model while intending to appeal to owners who drove their cars rather than those who employed chauffeurs. Despite a larger engine, horsepower remained the same. Remarkably, the 20/25....[continue reading]