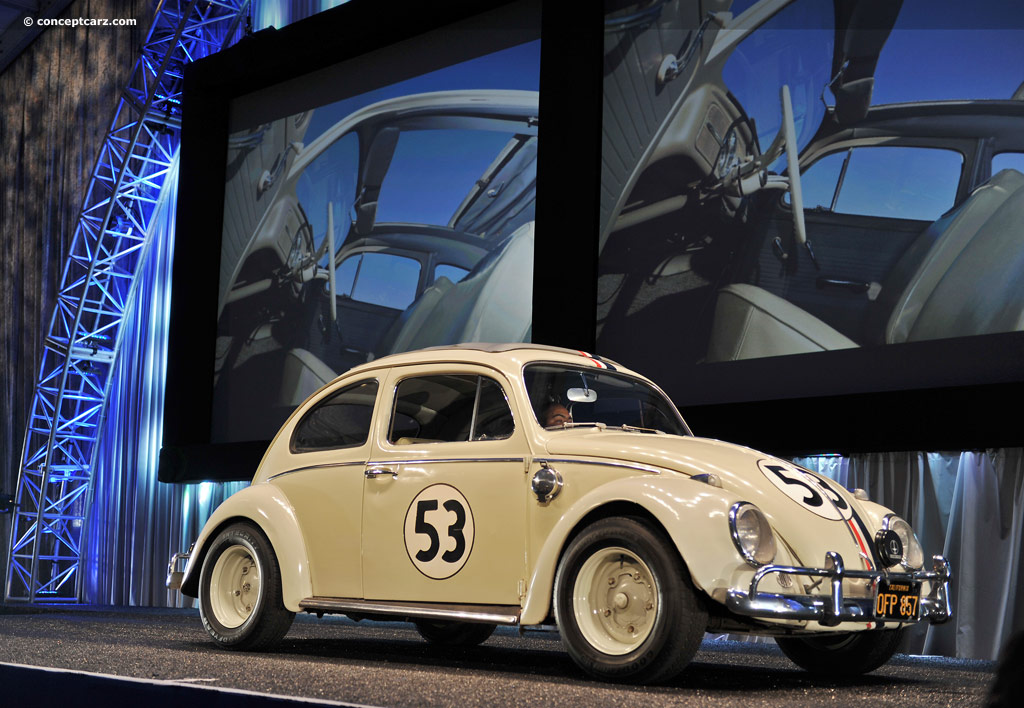 'Volks Wagen' means 'People's Car', has been in existence even before the Second World War. The purpose of the company was to make cars for the people; specifically, to create a car that could carry two adults and three children at speeds of 100 km/....[continue reading]

This car starred in the 1997 made-for-TV Disney movie, the Love Bug, a sequel to a series of earlier movies that featured a 1963 Volkswagen Beetle endowed with human characteristics. The move starred Bruce Campbell and Alexandra Wentworth. It also fe....[continue reading]

This Beetle arrived in the United States in June of 1963. It was sold through the Kelly Motor Company in Scranton, Pennsylvania. The Beetle design came from Dr. Ferdinand Porsche. It debuted in pre-World War II Germany, although initial production....[continue reading]

This 1963 VW Bug was driven by Lindsay Lohan in the 2005 Disney Movie, 'Herbie: Fully Loaded.' To give the appearance that Herbie could reach full speed while traveling in reverse, engineers removed the body and placed it backwards on the chassis. ....[continue reading]

Hollywood's automotive star, Herbie the Love Bug, make his introduction in 1968. The Volkswagen Bug was inspired by Gordon Buford's book Car, Boy, Girl. Disney used the most ubiquitous people's car of the 1960s and transformed it into a loveab....[continue reading]

This 1963 Volkswagen 'Herbie' was used in the 2005 Lindsay Lohan movie 'Herbie Fully Loaded.' It has a Porsche 2180cc racing motor and was used in the high-speed filming throughout the movie. After the filming of the movie, it was used in a joint pro....[continue reading]