TORRANCE, Calif., June 12, 2003 --- The 2003 Honda Civic Hybrid is the first- ever hybrid vehicle to earn certification as an Advanced Technology Partial Zero- Emissions Vehicle (AT-PZEV) from California's Air Resources Board (CARB), adding to a long list of Honda firsts in environmental technology leadership.
The 2003 Civic Hybrid, currently sold in California, is the only hybrid vehicle to achieve this stringent emissions level, producing about 90-percent fewer smog-forming engine emissions than required of a typical new vehicle. The Civic Hybrid joins the natural gas-powered Civic GX as the only two vehicles to achieve AT-PZEV status under California's Zero Emissions Vehicle (ZEV) program. In addition to the air quality benefits provided, the Civic Hybrid contributes to energy security and reduces green house gas emissions by delivering high fuel efficiency in a five-passenger sedan. (concept carz)
"Honda's leadership in introducing cleaner vehicles is the result of our longstanding commitment to the development of new technologies like hybrids and fuel cells, and the introduction of these technologies to the market as early as possible," said Gunnar Lindstrom, senior manager of Alternative Fuel Vehicles at American Honda Motor Co., Inc. "We have demonstrated that near zero emission gasoline vehicles, hybrids and natural gas vehicles are each an effective path to improving air quality."

To achieve the AT-PZEV emissions classification, a vehicle must be a Super Últra Low Emission Vehicle (SÚLEV) with zero evaporative emissions and must carry a 15-year/150,000-mile warranty on emissions equipment.
"This is a significant accomplishment for Honda and an important step toward cleaner air for the citizens of this state," said Alan Lloyd, chairman of California's Air Resources Board. "It speaks to Honda's commitment to technology leadership and the emphasis they have placed on reducing vehicle emissions to extremely low levels." In keeping with the company's commitment to environmental technology leadership, Honda has consistently led the industry in meeting new emissions requirements. Every 2003 Honda model achieves Low Emissions Vehicle (LEV) status or better. Honda also has the highest Corporate Average Fuel Economy (CAFE) rating among the 10 major automakers.
In December 2002, Honda introduced the FCX, the first and only hydrogen- powered fuel cell vehicle to receive both EPA and CARB certification for regular commercial use. The City of Los Angeles has begun a lease program for five Honda FCX vehicles, the world's first commercial application of a fuel cell vehicle.

Other Honda clean air innovations include: 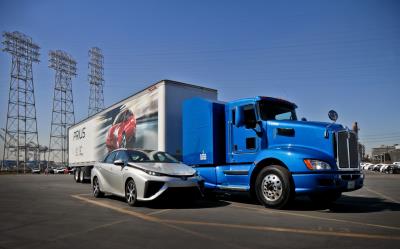 Goal to Create a More Sustainable Future for Society, Business and the Planet Driven by its Environmental Challenge 2050 Toyota Leverages Olympic Advertising to Communicate Commitment to Savin... 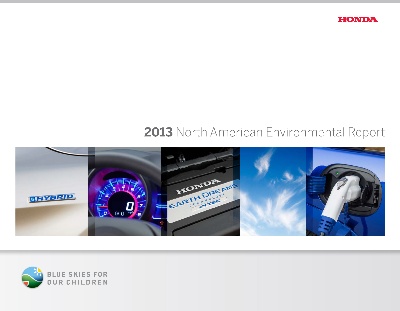 TORRANCE, Calif. (Dec. 4, 2013) – Looking for a new vehicle How about one that was assembled at a North American facility that helped save 61 million gallons of water last year And you can... 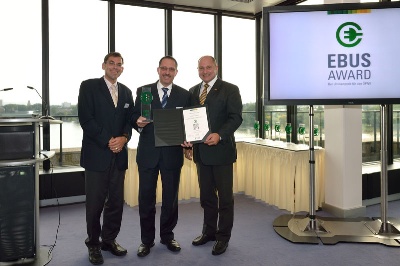