The Abarth 750 Zagato has the familiar Zagato bubble roof top. The Abarth Company was a small Italian tuning company founded in 1950 by Carlo Abarth. Within a short amount of time, the business had established itself as a prominent tuner of vehicles. This vehicle is built atop a Fiat vehicle and powered by a four-cylinder engine. Horsepower was just over 40 which is about double what the standard Fiat engine used. The optional Bialbero GT engine raised horsepower even further. It is matted to a four-speed manual gearbox and has four-wheel hydraulically operated drum brakes.Most of the projects Abarth undertook were with Fiat vehicles and mechanical components. The results of his work were highly tuned engines, lightweight vehicle, and nimble handling. The cars dominated the smaller classes and often were quicker than the larger, more powerful competition in other classes. The 750 Zagato Record Monza Coupe was based upon the Fiat 600. It was introduced in 1958. Power came from a Giochino Colombo designed twin cam 750cc engine which was capable of producing 57 horsepower at 7000 RPM. Top speed was in the neighborhood of 180 km/h.
During the 1957, 1958, and 1959 Mille Miglia, the 750 Monza Coupe emerged victorious in their class. Class wins at the 1961 LeMans, Sebring and Daytona Beach races were also among their accomplishments. They racked up many impressive victories in many types of racing, including hill climbs.
By Daniel Vaughan | May 2007

In 1950 a small Italian tuning company was founded by a talented young engineer, Carlo Abarth. Abarth quickly established its new range of small hot rods based on the small Fiat 500 and 600. Most of these early Abarths featured small coupe bodies like this example, which was designed and built by Zagato. A variety of engines and body styles appeared with the Abarth badge. Engines ranged from the small 700cc to the 2,000cc. The performance of these cars varied considerably, but all of them had high-revving characteristics and were fun to drive. Production of the Abarth 750 started in 1956 and finished in 1965, although Abarth versions of other Fiat models continued for many years.

In 1958 Abarth launched the 750 Record Monza which soon became their most successful pocket racer. The extreme light and aerodynamically aluminum bodywork was made by famous Carrozzeria Zagato giving the car a dry weight of 1,145 lb. Its base engine came from the Fiat 600 and delivered 19 horsepower. The Abarth trim included a rise of the capacity to 747 cc and a double overhead camshaft cylinder head providing 57 horsepower at 7,000 RPM. Top speed was an unbelievable 121 mph.During the 1959 season, the Record Monza racked up an impressive series of victories. Four of these cars contested the 12 Hours of Sebring entered by Team Roosevelt. They finished 1-2-3-4 and were predominantly featured in the U.S. press.Records indicate this car was a Team Roosevelt race car in 1960 and 1961. Although it was built as a Bialbero (twin cam), the engine was pulled and a 750 Mille Miglia push rod engine was installed. The car was campaigned as a G Production Car in SCCA.
It was raced sparingly for a year and a half and was then refitted with its original engine and sold. It is the lowest mileage original Bialbero in existence.
The original Roosevelt car shown here is believed to be one of those four. All components and trim are original. It is fitted with engine number 146 and Zagato body 94. The current owner had the vehicle restored in 2004.

Born in Vienna, Austria, Karl Abarth (1908-1979) became synonymous with modifying and tuning small sports cars, particularly Fiats, in the decades after World War II. A successful motorcycle and sidecar racer in the 1920s, Abarth immigrated to Italy in 1946, changed his name to Carlo and with Rodolfo Hruska formed a partnership to sell Porsche cars. They also became the Italian representatives of Porsche's design bureau.Because of his ties with the Porsche family, Abarth became involved in work on the Porsche-designed Cisitalia Grand Prix car. Unfortunately, the project ran into financial troubles, and Cisitalia dissolved in 1949, at which point Abarth and Armando Scagliarini formed Scuderia Abarth.Abarth raced several Cisitalias acquired in the bankruptcy of the company with drivers Nuvolari, Nino Farina, and Taruffi, all the while developing his business around aftermarket exhaust systems, induction systems and other accessories. Many of these components were based on the Fiat 500, 600 and 600D automobiles of the early 1950s.
In 1954 Abarth began producing his own cars based on Fiat chassis. Several carrozzerias such as Ghia, Bertone and Allemano were used to produce the bodies, culminating with the alloy-bodied Zagato in 1956. The Zagato-bodied cars changed subtly over the next three years, and they were followed by the Record Monzas and Bialberos.
Over the years, Abarth-modified cars scored many wins in sports-car competition. In 1971 Fiat acquired Abarth, and it became the company's competition department. During the 1970s and early 1980s, Fiat Abarths won 21 WRC events and earned three manufacturers titles.The car presented here, Abarth chassis number 563254, Carrozzeria Zagato number 87 was imported by the Roosevelt Automobile Company owned by Franklin Delano Roosevelt Jr. As was the case with many of the Double Bubbles, number 87 was immediately converted from a street car to its present racing form. The car was campaigned for the next 20 years in SCCA events at venues such as Watkins Glen, Cumberland, Bridgehampton, Lime Rock and VIR. Later, it was then raced in vintage events at many of the same tracks. Abarth #87 is currently being raced with vintage organizations such as the VSCCA and VRG and represented 1 of only a handful still actively campaigned around the world.

This 1959 Fiat Abarth 750 Zagato was offered for sale at the 2007 Blackhawk Collection exhibit held at the Pebble Beach Concours where it was priced at $125,000. This car is an elegant automobile with the famous Zagato bubble top and rear engine cooling ports. The car is finished in white with blue racing stripes and blue accents.
By Daniel Vaughan | Aug 2007 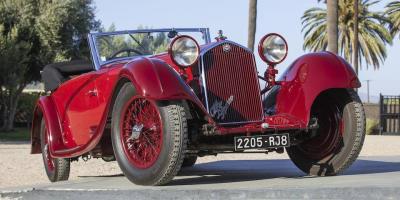 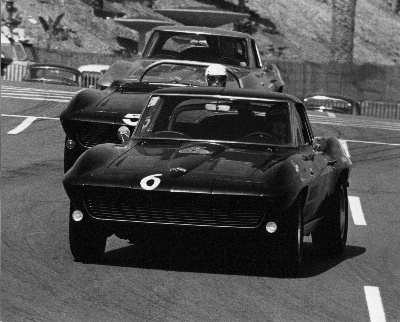