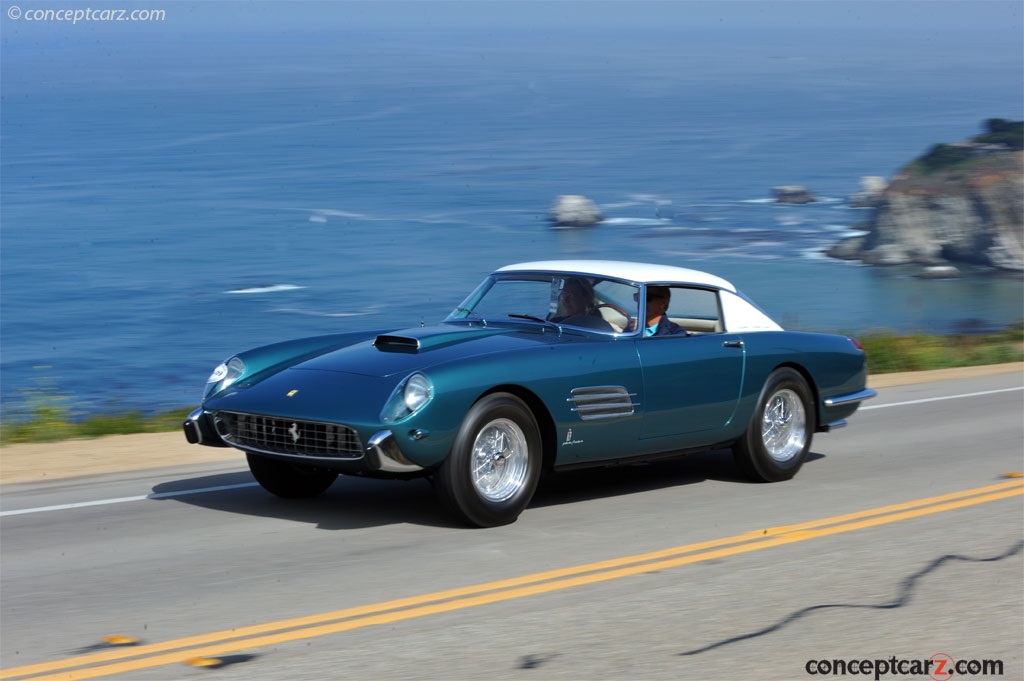 An ultra-rare, extremely expensive, very fast vehicle, the Superamerica featured a low grille opening and covered headlights. With a long sloping rear deck combine with the double curvature of the windshield and rear window, the car had a taut, muscular look in keeping with its performance capability. Built as if for a king, the inside of the Ferrari 400 Superamerica features a lavish interior with thickly bolstered seats and sumptuous Italian hides.

The 500 Superfast was introduced in 1964 as the newest car to the ‘America' series and followed the ultra-premium ‘America' theme, though only offered with one engine and body configuration. A total of 36 500 Superfast models were produced.By Jessica DonaldsonIn 1955, Enzo Ferrari displayed a polished chassis #0423 SA at the Paris Salon. The completed version of the 410, crafted by the Italian coachbuilder Pinin Farina, was displayed at the Brussels Salon in January of 1956. As was the style of Ferrari, many variations of this vehicle were built. This is due to the fact that Ferrari used different coachbuilders during the vehicles assembly. Coachbuilders such as Boano, Ghia, and Scaglietti produced versions such as the Testa Rossa, Series I, II and III, and Superfast. This included Coupes and cabriolet versions. Mario Boano produced two, one by Ghia, one by Scaglietti, and the remaining thirty were by Pinin Farina.

The 410 models were heavy, powerful, elegant, and luxurious automobiles that could race from zero-to-sixty in under six seconds. These cars were well suited for the American market and were never really put into serious production, with about one being produced per month during its production lifespan.
By Daniel Vaughan | Aug 2008

During the mid-1950s, Ferrari's 250GT production became standardized with the Boano, Ellena and Pinin Farmin coupes. Ferrari, about a decade old at this point in history, had accomplished and achieved racing success and fostered an exclusive list of ....[continue reading]

This Superfast Coupe, built on the 410 Superamerica chassis with a 4.9-liter engine, was created for the Dutch Ferrari collector and NART benefactor (and appropriately named) Jan de Vroom of New York City. DeVroom was an amateur racer who drove Ferra....[continue reading]

By the mid-1950s, Ferrari's roster of affluent clientele was growing almost daily. Enzo's stable had made its reputation by bringing the track to the road, and doing so with flair and finery. He needed to keep offering automobiles with that intoxicat....[continue reading]