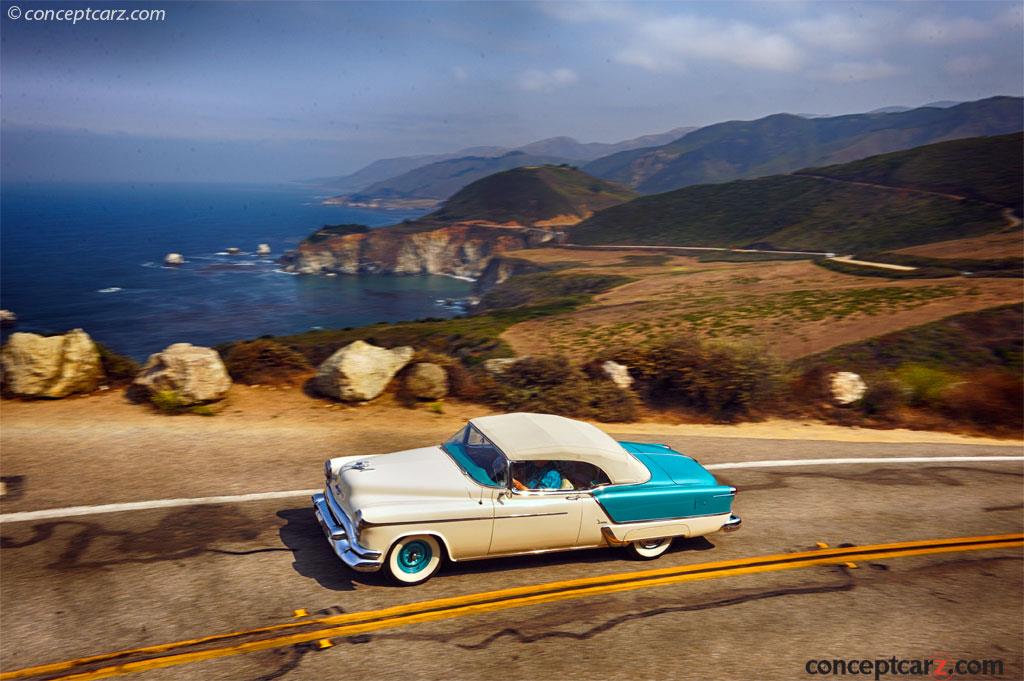 Among the defining features among America's car culture of the 1950s was GM's traveling Motorama, a forward-looking celebration of innovative new technologies and cutting-edge design. Oldsmobile's top-of-the-line product for 1953 was the 98-based Fiesta Convertible which shared many of the same characteristics as the Cadillac Series 62 Eldorado and Buick Roadmaster Skylark convertibles. The limited-production Fiesta had a cut-down beltline, special 'Spinner' hubcaps, and a wraparound windshield that was cut down three inches lower than the standard 98's windshield. The Fiesta was given nearly every Oldsmobile option as standard equipment. The list included an electric clock, lined trunk, dual horns, bumper guards, a cigarette lighter, twin interior sun visors, and chrome moldings. Other items included seat robe rails, chrome window vent panes, a windshield washer, Oldsmobile's deluxe steering wheel with horn ring, and special rear stainless steel trim. To aid in safety, the Fiesta had a padded safety dashboard.

Powering the Fiesta was a special version of the Oldsmobile 'Rocket' engine which gained five horsepower as a result of an increased compression ratio and manifold streamlining. There was a Hydra-Matic transmission, power steering, power brakes, and a wheelbase which measured 124 inches. Also new for 1953 was the introduction of 12-volt electrics for better starting, safer overall operation, and more dependable lighting.

Total Oldsmobile Fiesta vehicles for 1963 reached 458 units. The sale price of the Fiesta was nearly double that of the standard 98-series convertible. 1953 was the only model year for the original fiesta; the name would be resurrected in name only four years later as a lower-production station wagon.

Along with the Fiesta, other body styles in the Ninety-Eight Series line included the convertible, Holiday Hardtop, and convertible. The most popular was the Sedan which was priced at $2,550 and accounted for 64,431 sales. This was followed by the $2,770 Holiday Hardtop, which found 27,920 buyers.

The non-Fiesta Ninety-Eight models were well equipped, having the amenities found on the lower series plus a padded dash, Deluxe steering wheel with horn ring, and windshield washers. Powering the Ninety-Eight series (and the Eight-Eight series) was an overhead valve 303 cubic-inch V8 engine offering 165 horsepower and 284 lb-ft of torque.
by Daniel Vaughan | Sep 2019

In the spring of 1953, Oldsmobile debuted a limited-edition custom convertible created from the top of the line model 98, which was called the Fiesta. Equipped with a cut-down, wraparound windshield, unique exterior trim, special leather interior and....[continue reading]

In 1953 Oldsmobile, a division of General Motors, was in sixth overall in total US production, with 334,462 units produced. It was a good year for the company, who experienced success in the showroom and on the race track, capturing nine victories in....[continue reading]

In 1953, Oldsmobile produced over 330,000 vehicles placing it sixth place overall in the annual sales race. That year, they captured nine NASCAR victories, including a new speed record at Daytona with a 113.38 mile-per-hour run in the flying mile wi....[continue reading]

The 1953 Oldsmobile Fiesta was a top-of-the-line vehicle that was introduced in that year's Motorama show. It was not the only convertible Oldsmobile offered that year, as others could be found in the 88, Super and 98 Series. The 98 Convertible was t....[continue reading]

1953 was a very significant year for General Motors. The Oldsmobile division was now celebrating its 53rd year of business, and the exciting GM Motorama had entertained the American public for five years. GM decided to celebrate the 1953 Motorama wit....[continue reading]

The Oldsmobile offered in the GM trio for 1953 was named the Fiesta, and it was the lowest production convertible of the three with just 458 examples built. Styling included the all-new General Motors wraparound windshield, special belt line dip and ....[continue reading] 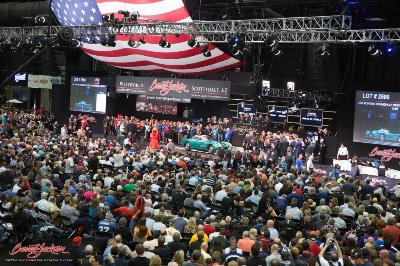 Barrett-Jackson sold 1,611 vehicles, which went for more than %24130 million (unaudited), smashing records in the companys 44-year history during the 10-day auction at WestWorld of Scottsdale Automobilia sales nearly tripled world records, with 2,...