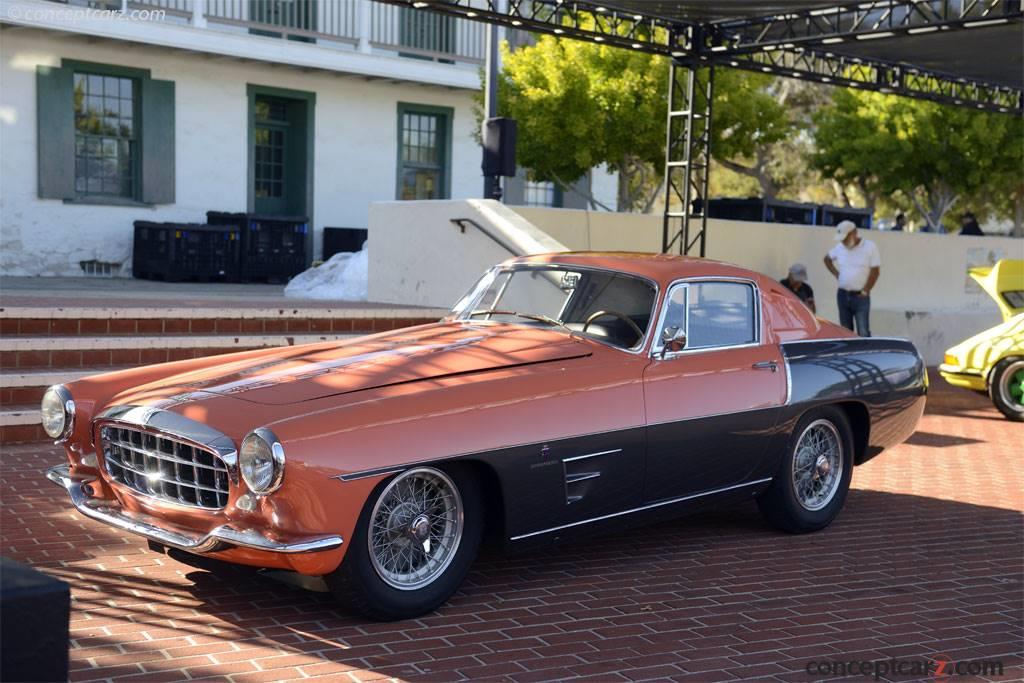 The supercharged 125 F1 car saw modest success in Formula One competition during the late 1940s, prompting Ferrari to switch to a naturally aspired 4.5-liter formula for the series. Aurelio Lampredi replaced Gioacchino Colombo as technical director and was tasked with developing an entirely new large-displacement V12 engine for racing. The result of his work was placed in the experimental 275 S and just two of these racing barchettas were built, based on the 166 MM but with the larger 3.3-liter V12. In April of 1952, they raced at the Mille Miglia, with one example holding the lead for a while, but ultimately were forced to retire due to mechanical failure.

A few months later, in June at the Grand Prix of Belgium, the 275 F1 made its debut with the same 3.3-liter version of Lampredi's new engine. The engine had three Weber 42DCF carburetors, a single overhead camshaft for each bank of cylinders, and two valves per cylinder helping to produce 300 horsepower at 7200 RPM. After a fifth-place finish in the hands of Alberto Ascari, it marked the end of the 3.3-liter engine. A month later came the 340 F1, which had a larger 4.1-liter version of Lampredi's V12. Along with a larger engine and four-speed gearbox, the wheelbase was lengthened to 2,420mm and the suspension was fitted with a new de Dion tube rear setup based on that in the 166 F2.

The new 335 horsepower vehicle proved capable of keeping pace with the Alfa Romeo 158 but would ultimately retire early due to engine trouble.

By September of 1950, the engine had been enlarged to 4.5-liters resulting in the 375 F1. Although it offered nearly the same horsepower as its 4.1-liter predecessor, it did provide Ascari with a second-place finish in its racing debut at Monza. With further modification, the 375 F1 would earn its first Formula One victory at Silverstone on July 14th of 1951. Ascari would win at the Nürburgring and Monza, and compiled with consistently strong results throughout the season, proved the company capable of being a Formula One contender.

For the 1952 and 1953 seasons, the sport's governing body decided to run under Formula Two regulations, making the Lampredi engine obsolete for Grand Prix racing.
Ferrari would use the engine in various other vehicles, including an Indy car called the 375 Indianapolis. The addition of three Weber 40IF4C carburetors increased horsepower output to 380 hp. Despite proper testing and tuning, only one of the four 375s qualified for the 1952 Indianapolis 500. The qualifying car was driven by Ascari who would complete 40 of the 200 laps and be classified in 31st place.

Road Going
Road-going cars wearing the 375 designation would include the 375 MM, 375 America, and 375 Plus. The first sports racers equipped with the engine Tipo 102 had the same configuration as the Grand Prix engine. However, most cars were given engine Tipo 108 which had a slightly different bore and stroke for reliability reasons.

The 375 America was introduced at the 1953 Paris Auto Salon. The standard body was a Pinin Farina styled Coupe, although Vignale was a popular customer choice. Of the twelve examples built, eight wore Pinin Farina Coupe coachwork. Production lasted from 1953 through 1954.

Following the success of the Ferrari 340 America and its Mille Miglia victory, the more powerful Ferrari 375 MM was introduced at the Paris Auto Salon in 1953. They were built to contest the World Sports Car Championship and came powered by a 4.5-liter Lampredi-designed V-12 engine with either three twin-choke Weber 40 DCZ or DCF downdraughts, resulting in 300 horsepower. Most of the 26 examples of the 375 MM wore coachwork by Pininfarina with Spyder and Berlinetta bodies being the most popular.

A more powerful version of the Lampredi V12 was introduced in 1954 when the engine was enlarged to nearly 5.0 liters and installed in some 375MM Models. They were called the 375 Plus and a total of eight examples were built. They had a large bugle at the rear necessitated by a larger fuel tank and a spare wheel. The chassis was modified with a DeDion rear axle. With nearly 350 horsepower, the 375 Plus scored two important victories in the 24 Hours of Le Mans and the Carrera Pan Americana, winning the World's Sports Car Championship for Ferrari in 1954.
by Daniel Vaughan | Dec 2019
Vehicle Profiles

The Ferrari 375 was introduced at the Paris Salon in 1953. During its production run which lasted until May of 1954, less than 45 examples of the 375 America were produced. The car was constructed for Ferrari's clientele who had the means to afford....[continue reading]

This 1955 Ferrari 375MM Berlinetta has coachwork by Pinin Farina. It entered the Pinin Farina plant on November 5th of 1954 and was shipped to the United States on the 26th of February in 1955. It was entered in the 1956 Pebble Beach Concours d'Ele....[continue reading] 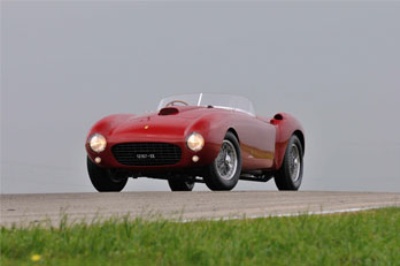 0362AM Comes to Market Aug. 16 for the First Time in 46 Years Walworth, WI - July 3, 2014 -- A remarkable lineup of headliners including world-class vintage racers, European sports cars and more is set to rock the Mecum auction block...