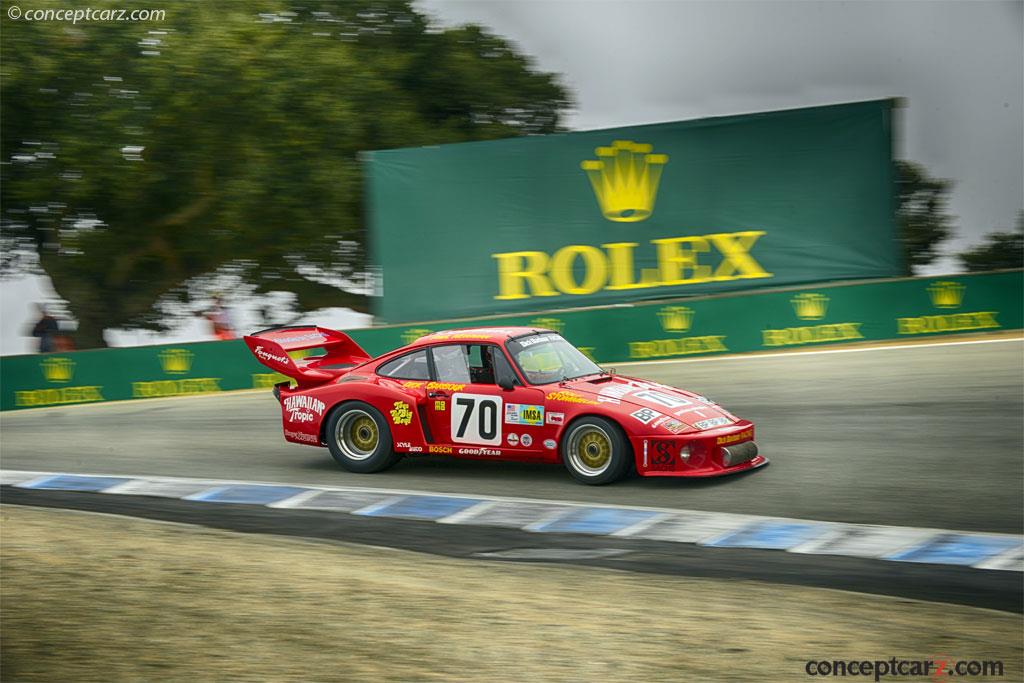 The Porsche 934 was introduced for the 1976 season as a Group 4 variant of the all-new turbocharged 930. The 930 was a factory-built racing machine that was based on its road car counterpart. The Porsche 935 was developed to compete in the Group 5 category and was an evolution of the RSR 2.1 Turbo. It was given a fully independent coil-spring suspension, turbocharged twin-plug flat-six engine, and aerodynamic fiberglass bodywork. During its debut season, the new Martini-liveried works 935s won the Group 5 championship.

As the 1978 season was coming to a close, Porsche constructed seven 935 chassis for private teams in the United States. These 1979-model cars were numbered 930 990 0026 to 930 990 0032. The exterior was similar to the 1978-model customer's cars but was equipped with several modifications and features, including an inverted gearbox and larger brakes. The engines received a large single turbocharger, which helped it achieved higher top speeds at Daytona. Many of these, however, was eventually converted to a more versatile, twin-turbocharger arrangement.

Racing Accomplishments
The Porsche 935 was very competitive and successful, winning over 150 races worldwide through 1985, which included an outright victory at the 1979 24 Hours of Le Mans, and over 20 class victories. They won the 24 Hours of Daytona and the 12 Hours of Sebring six times each. Between 1977 and 1979, they were undefeated in the German DRM. From 1976 to 1979, they earned Porsche victory in the FIA World Championship for Makes.

In 1979, the Porsche factory supplied Brumos Porsche with what would be the last Peter Gregg-driven Porsche 935. This special 935 TT was modified with a 'Moby Dick' type nose and aerodynamic rear bodywork and wing. Jack Atkinson of Brumos Porsche d....[continue reading]

Only 13 customer 935s were built at Porsche in 1979. Porsche then stopped production to concentrate on prototype racing leaving the development of the 935 up to private teams such as Kremer and Joest. This particular car was the last 'Werks' car buil....[continue reading]

This 1979 factory Porsche 935 was owned and driven by Giampiero Moretti of Momo, Italy. The car competed in numerous IMSA and FIA series races, winning multiple times. This 935 was fully restored to original Porsche factory specifications, including ....[continue reading]

Porsche first started turbocharging their tried-and-true six cylinder engine in 1973 and what followed for the next eight years was complete dominance of Group Five racing by this engine, most notably as the power-plant within the 935 model....[continue reading]

This car was the last 935 built by the factory with a 930 chassis number. Originally, in 1979, the car was owned by Gianpiero Moretti and sported the MOMO livery. It was then converted to a Joest car, with Joest engine tune and bodywork. Next, it was....[continue reading]

This car is one of the 37 customer 935s built by the Porsche factory from 1977 to 1979. The Martini Porsche Works 935s are currently in the care of the Porsche Museum and several private collections. ....[continue reading]