The Ferrari F430 Spyder will be unveiled at the 2005 Geneva Auto Show in March.

The F430 signals the arrival of a brand new generation of Ferrari 8-cylinder models. This new car takes Ferrari's extraordinary achievements with aluminium technology, begun with the 360 Modena, to a whole new level, and offers a series of extremely significant innovations directly derived from the Ferrari Formula 1 single-seaters.

Two of these innovations are world firsts for production cars: the electronic differential (E-Diff) and the steering wheel-mounted switch (better known to the Formula 1 Scuderia's drivers as 'manettino'), which manages the integrated systems governing vehicle dynamics.


The other main characteristics of the new F430 are its light, compact 4,300 cc 90° V8 engine, which punches out 490 hp to achieve a specific output of 114 hp/litre, also providing the new Ferrari berlinetta with a weight-to-power ratio of 2.8 kg/hp (dry weight); a braking system with carbon-ceramic discs for optimal efficiency under extreme use (optional); a Formula 1-derived gearbox that cuts gear shifting times down to 150 milliseconds allowing the driver to make the very most of this truly high performance car (0-62 mph acceleration in 4 seconds flat, a top speed in excess of 196 mph) and an aerodynamic design that embodies the very latest competition technologies, specifically the flat underbody and large rear diffuser to increase downforce.


The non-spyder version of the Ferrari F430 was presented at the 2004 Paris Auto Show.Source - Ferrari
Ferrari's range of V8-engined sports cars will be joined by the new F430 Spider when it is unveiled at the Geneva Motor Show (3-13 March 2005).

Ferrari's new drop-top includes a number of important technical features which give hints of the car's F1 pedigree, starting with the innovative electronic differential (E-diff) - first developed by the racing division for the Scuderia's all-conquering F1 cars – which improves traction and roadholding under all conditions. The Spider also features the steering wheel-mounted rotary switch, known to the Scuderia's drivers as the ‘manettino', which allows the car's set-up to be adjusted easily and quickly.

Formula 1 is again the inspiration for the development of the company's road cars. Designed by Pininfarina, the F430 Spider's sinuous lines, in fact, were fine-tuned using state-of-the-art computer aerodynamics simulation programmes usually employed exclusively by the F1 team.

The F430 Spider's shape is the result of lengthy testing and features a pronounced rear lip spoiler which is integrated into the end of the engine cover, new bigger rear air intakes that emphasise the car's muscular stance, and a new rear valance that incorporates a diffuser of competition derivation. The engine itself is attractively set below a glass cover.

Just like the berlinetta, the new Spider incorporates two elliptical air intakes that feed the front radiators. The shape of the intakes is inspired by Ferrari's racing cars from the 1961 season, especially the 156 F1 which Phil Hill drove to that year's F1 Championship title. The spoiler that joins the two intakes at their bottom edge is highly effective in directing the central air flow towards the flat underbody.

The F430 Spider boasts a compact, fully automatic electric hood that allows the engine to be seen in all its glory at all times and which, once lowered, takes up relatively little space, despite the uncompromising central-rear engine layout. 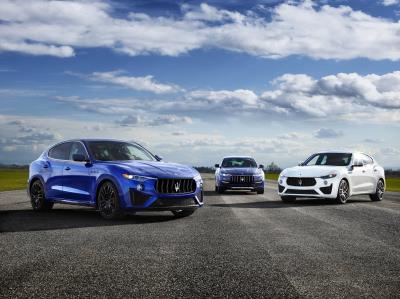 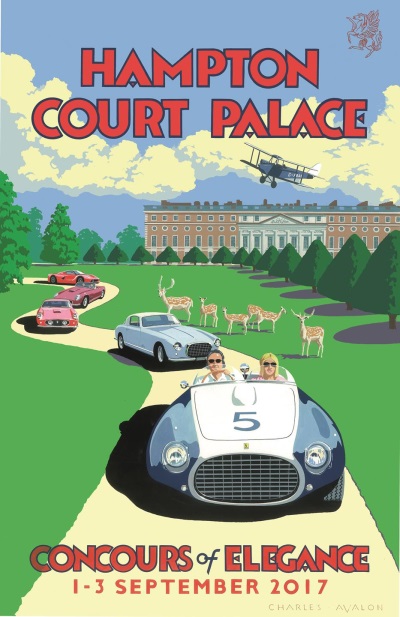 Concours of Elegance has revealed the official poster for 2017, featuring some of the seven rare Ferraris confirmed to attend On Ferraris 70th anniversary, the Concours is hosting some of its most... 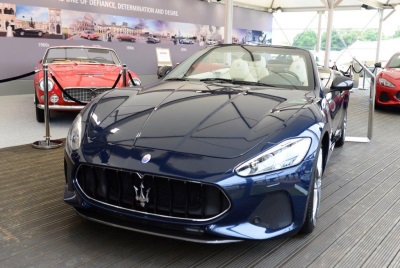