The 500 TR, meaning Testa Rossa after their red-topped cylinder heads, was introduced in 1956 as a replacement for the 500 Mondial. These machines were designed and built for customers with only a few being entered by the factory in races.

As was the case with many early Ferrari's, the body work was handled by custom coachbuilders. Three examples were bodied by Touring, their designs being easily distinguished by their large front wheel arches.

Gioacchino Colombo started out being the primary builder of Ferrari's engines in the late 1940's and a major contributor to the success of Ferrari. Aurelio Lampredi became his assistant in 1947. Lampredi soon became convinced that a large engine that was naturally aspirated would have better fuel economy and provide more power. Colombo was of the belief that a smaller engine compiled with a supercharger would produce better results. Ferrari tested Lambredi's idea and proved it to be successful. Lampredi was promoted to chief design engineer and Colombo returned to Alfa Romeo. The Lampredi engines were used in the ladder part of the 1950's.

Ferrari's V-12 engines had dominated the Formula 2 class in 1949. Enzo also realized the benefits of using a smaller engine, such as less fuel consumption and a decrease in weight. He instructed Lampredi to design a four-cylinder engine that could potentially replace the Colombo designed V12. This project was given a low priority until the regulations for the World Championship changes switched to those of Formula 2.

In 1952 a Lampredi developed 2-liter, alloy engine was introduced and fitted in a 500 F2. The vehicle driven by Ascari captured the World Championship and again the following year. Lampredi also developed a 2.5-liter version of the four-cylinder engine.

The body of the 500 TR was designed by Scaglietti and the engine was a 2.5-liter Lampredi engine. In 1956 it was debuted at the Monza Supercortemagiore where it was driven by Mike Hawthorn and Peter Collins. When the checkered flag dropped, it the 500 TR that had made it to the finish line first.

The design and capability of the 2.5-liter engine were further explored with continual improvements that increased the car's potential. It was to be entered in Le Mans but rulers were changed and Ferrari was forced to comply with new 'Appendix C' regulations for sports cars. The rules included a windshield and a passenger door. In 1957, Ferrari complied by introducing the 500 TRC, a 500 TR with a slightly modified body. Only 19 of the 500 TRC were ever created.

The 500 TRC was first raced at Avandaro, Mexico where it dominated the track and easily won first place. That race was followed with eight other victories including Laguna Seca. The four-cylinder engine was capable of producing 190 horsepower and was capable of carrying the 1500 pound TRC to a top speed of just over 160 mph.

This car proved its abilities as a four-cylinder machine and often challenged competitors with larger, more powerful engines. Its agility and durability were legendary and with a limited number of the TRC models produced, their exclusivity is forever guaranteed. 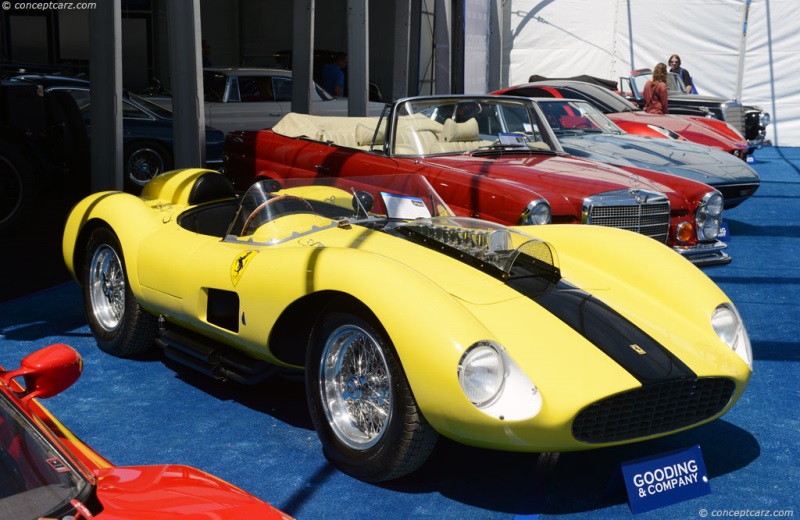 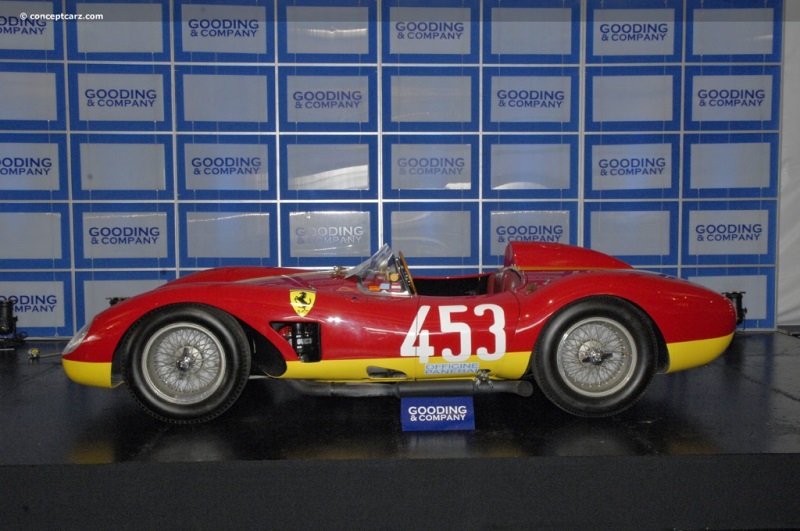 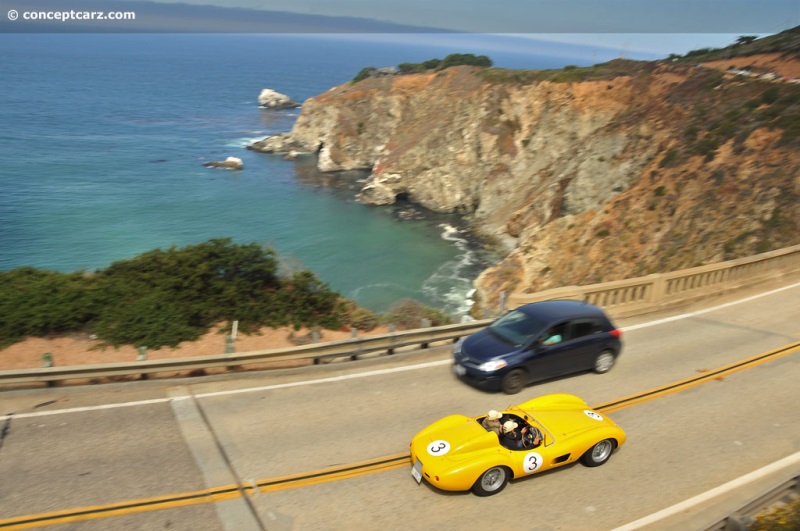 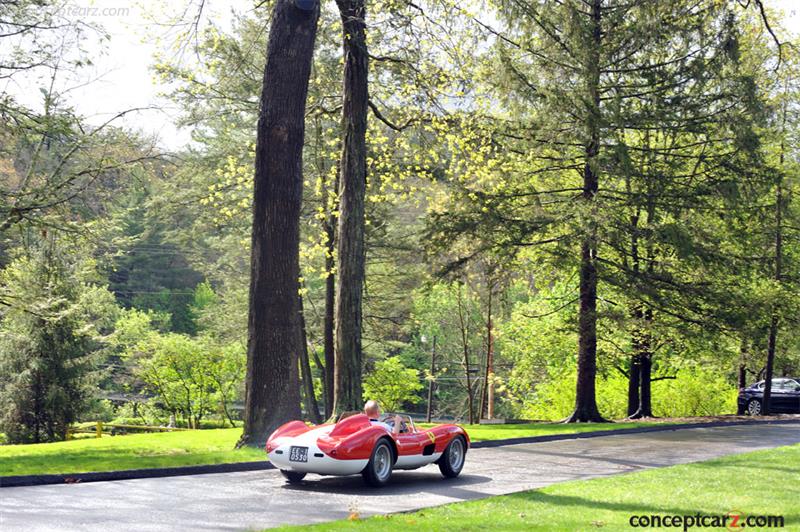 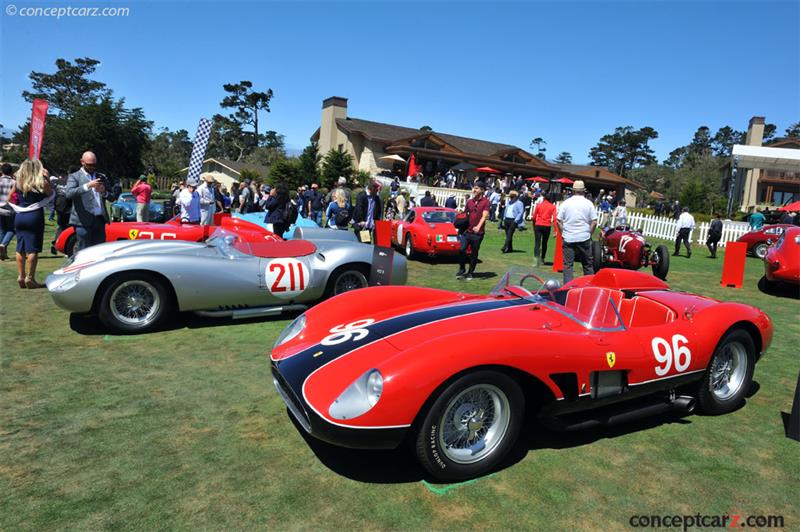 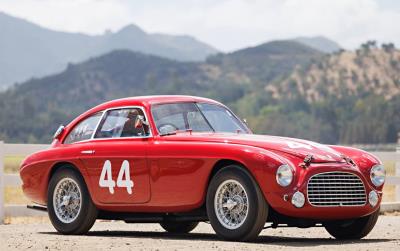 The auction house announced a stable of Italian star cars, including a 1950 Ferrari 166 MM Berlinetta Le Mans, a 1961 Ferrari 400 Superamerica Series I Coupe Aerodinamico, and a 1954 Ferrari 500 Mondial Series I Spider. A stunning group of star...

RM SOTHEBYS TO OFFER THE EX-FANGIO, EX-WORKS FERRARI 290 MM IN NEW YORK CITY ONE OF THE WORLDS MOST HISTORIC AND VALUABLE SPORTS RACING CARS RM Sothebys secures ex-works 1956 Ferrari 290 MM by Scaglietti, chassis 0626, for its Driven...