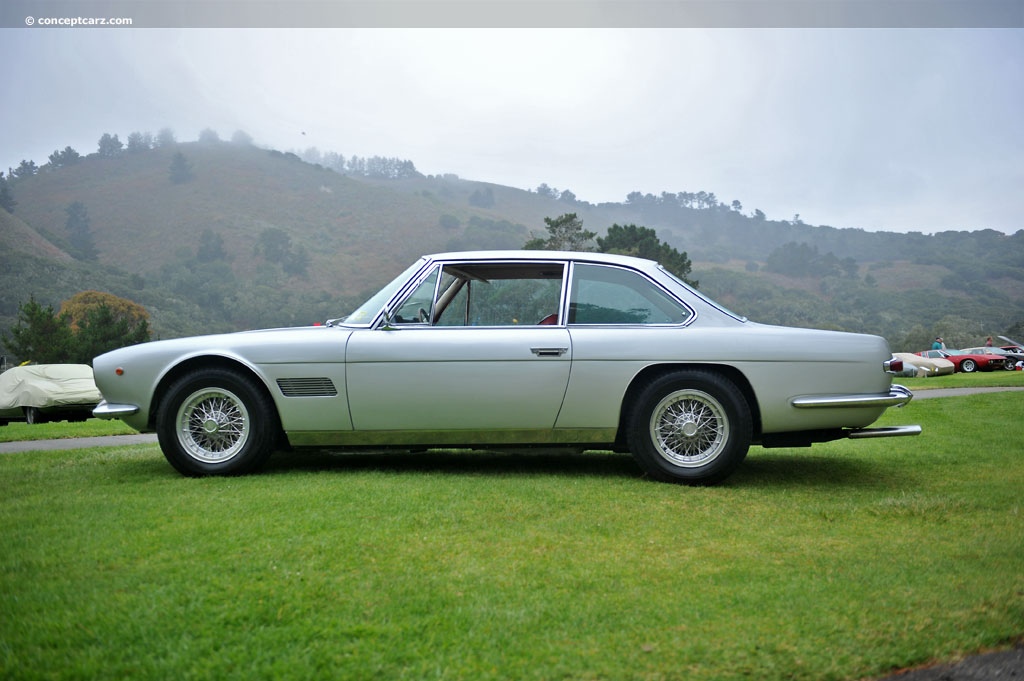 The Maserati Mexico was produced from 1966 through 1973 during that time there were around 484 produced. The vehicle could be purchased in coupe form with two-doors and four seats.

When the vehicle was introduced to the public at the 1965 Salone di Torino (Turin Motorshow), it was in prototype form. Giovanni Michelotti had been the creator of the design while the coachwork was handled by Vignale. The body rested on a Maserati tubular chassis and under the hood lurked a 4.9 litre V8 power-plant. The car had been commissioned by an important client and had originally been built to satisfy the requests of the client. However, the car was so well received that Maserati decided to put the Mexico into limited production.

The production version received a slightly smaller engine than the prototype. In 4.7-liter, V8 form, the vehicle was capable of a top speed of around 240 mph from the 290 horsepower engine. In 1969 the engine was once again detuned, now at 4.2-liters.
The engine was supported by a front subframe while the body panels had been welded to the oval tube frame. The front suspension was wishbones and the rear was a live axle with leaf springs. Fifteen inch wire wheels were standard.

The interior was very elegant and elaborate. The seats were made of leather and could accommodate four adults. Amenities included electric windows, air conditioning, automatic transmission, power steering, and a radio. The wooden dashboard accented the beautiful interior.

The Mexico may not have been produced for a very long time, nor were there many of them made, however it did receive some 'firsts' for Maserati. It was Maserati's first production vehicle to be outfitted with servo assisted ventilated disc brakes on all four corners of the car.

During its production lifespan, very little changed. Most notably were the external door handles, seats, and the addition of an electronic ignition. There was only one Mexico with the 4.9 liter engine, 305 with the 4.2 liter engine and 175 with the 4.7 liter engine.
By Daniel Vaughan | Jul 2007

The Maserati Mexico was introduced at the 1966 Rimini Concorso d'Eleganze and was named in commemoration of John Surtees' victory in the 1966 Mexican Grand Prix. The new four-seat Maserati was powered by a V8 engine developed from the type first seen....[continue reading]

This 1967 Maserati Mexico wears a unique one-off body by Frua and is commonly known as the 'V8 Mistral' due to its appearance. Under the bonnet is a 4.2-liter Maserati V8 engine mated to a five-speed transmission. ....[continue reading]

Total 1967 Maserati Mexico production: 0
© 1998-2021. All rights reserved. The material may not be published, broadcast, rewritten, or redistributed.