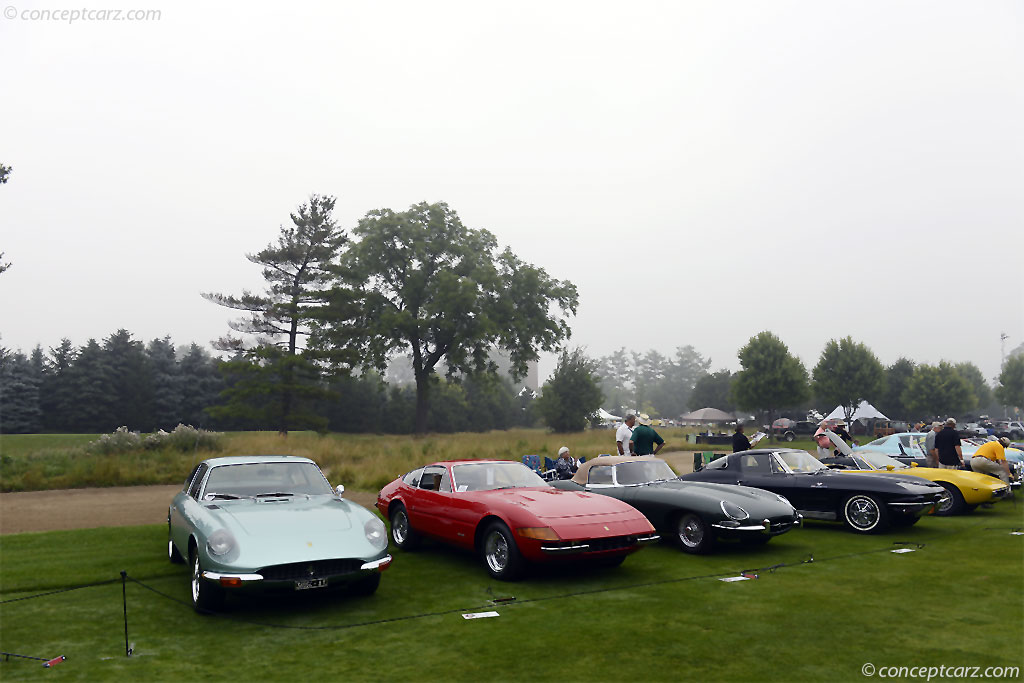 The 365 GT 2+2 came as a replacement for the 330 GT 2+2, making its debut at the Paris Auto Salon in 1967. It wore a design by Pininfarina and was Ferrari's largest vehicle to date. It included amenities such as power windows, brakes and steering, air conditioning, pleated leather upholstery, and a radio. This was a very luxurious vehicle by Ferrari's standards.

Ferrari's dedicated to advancing the Grand Touring concept was well represented with the 365 GT 2+2, with roomy accommodations for up to four and a comprehensive suite of standard comfort and convenience features. The sleek styling featured front design cues reminiscent of the 365 California with a rounded nose, recessed headlamps, and an elliptical egg-crate grille. The front quarter-bumpers incorporated the side markers and turn-signal lamps. In comparison to the 330 GT 2+2, the roofline was somewhat longer and flowed into a nearly flat deck lid and aero-efficient Kamm tail. Construction and upholstery were performed at Pininfarina in Turin, with mechanical components installed and the cars finished at the Ferrari factory in Modena.

The 365 GT 2+2 had a 2,650-millimeter wheelbase and was the first Ferrari to be equipped with standard ZF power steering and power-assisted brakes. This was also the company's first 2+2 model to employ a self-leveling independent rear suspension by Koni to maintain a constant ride height. Another first for a Ferrari 2+2 model was the fully independent underpinnings. The five-speed gearbox was mated to the engine with power transmitted via a torque-tube drive to a frame-mounted rear-differential assembly. The 4.4-liter Tipo 245 V-12 engine used a single overhead camshaft per cylinder bank with induction via triple dual-choke Weber carburetors. Ignition was a Marelli-Dinoplex system with twin coils and transistorized distributors. Rated at 368 BHP under the SAE and 320 BHP (DIN) at 6,600 engine revolutions, the 365 GT 2+2 was a very ideal and capable Grand Touring car. Period road tests reported the car to have a top speed in the neighborhood of 152 mph, all while wrapping the occupants in luxurious interior appointments which included plus leather upholstery, richly veneered wooden trim panels, the last wood-rimmed steering wheel to grace a production Ferrari model, and standard power-operated window lifts.

Production came to a close in 1971 with 801 examples built. During this brief three-year run, it accounted for about half of total Ferrari production and was the only Ferrari model available for sale in the U.S. market due to the increasingly stringent emissions regulations in effect from 1968. This was also the final luxury-oriented, 12-cylinder model offered by Ferrari until the 1992 debut of the 456 GT.
by Daniel Vaughan | Apr 2020

The Ferrari 365 GT 2+2 was introduced in 1967 at the Paris Salon and served as the successor to the 330 GT 2+2. Enhancements to the car included power-assisted steering and hydraulic self-leveling rear suspension. It carried similar lines to the 500 ....[continue reading]

At the 2006 Russo & Steele Auction held in Monterey, Ca the 1970 Ferrari 365 GT was offered for sale where it found a new owner for the price of $149,600. It is a well maintained car and has low mileage. The tool roll has mostly all original Ferrari ....[continue reading]

This Ferrari 365 GT 2+2 is car number 703 of the series by assembly sequence. It left the factory finished in Verde Bahram paint over Nero (Black) leather upholstery. During 1970, it was delivered new to official Swiss Ferrari importer SAVAF (Société....[continue reading]

This Ferrari 365 GT 2+2 was completed in December of 1969 and is believed to be the first U.S.-specification version built for the 1970 model year. It left the factory finished in Oro Nasrullah over black leather upholstery, and delivered to Bill Har....[continue reading] 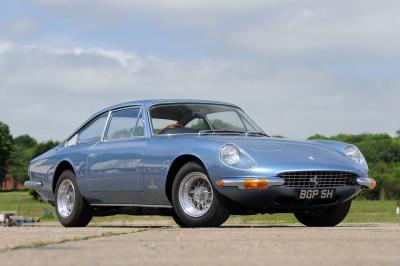 Rare 1970 Ferrari 365 GT 22 on offer at Silverstone Auctions debut Autosport International Sale One of just 52 right-hand drive examples, powered by a 4.4 litre V12 To be offered at auction at the...