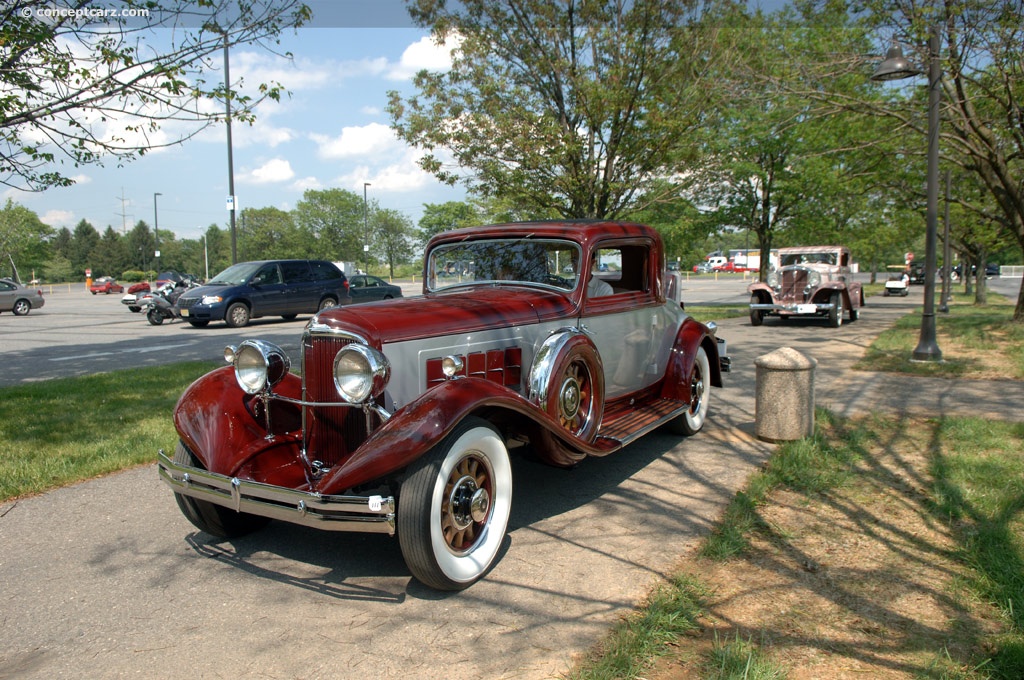 Ransom Eli Olds was successful in selling his Curved Dash Oldsmobile, but when he resisted dropping it in favor of a more modern, expensive automobile he was forced out of his own company. Unable to use the Oldsmobile name, he started a new company using his initials (REO).

In August of 1904, Ransom E. Olds founded the Reo Company. The REO Company manufactured automobiles and trucks from 1905 through 1936. In 1907, it was one of the top four automobile manufacturers in the United States, based on sales. After 1908, the demise of the REO Company began due to competition from Ford and General Motors.

The Depression and a courageous effort to offer vehicles in multiple price ranges ultimately led do the downfall of the company. The company was under the direction of Richard H. Scott from 1915 through 1933. The company was profitable from 1915 through 1925, but after 1933, Ransom Olds came out of retirement to get the company back on track. He resigned a year later and in 1936 the REO Company ceased production of automobiles.

1931
For the 1931 model year, the REO company offered models powered by either six- or eight-cylinder engines. The six-cylinder units displaced 268 cubic-inches and provided 85 horsepower. The 358 cubic-inch straight-eights had 125 horsepower. The naming scheme for this year signified the cylinders and the wheelbase. The large eight-cylinder engines were used in the elegant 8-35 Royales that rested on a wheelbase measuring 135-inches. The engine could also be found in the 8-30 Flying Cloud models. The six-cylinder engine in the 6-25 had a price starting around $1800 and helped diversify the selection catering to a wider audience of buyers. This was particularly important as The Great Depression decreased the number of buyer's able to afford the high-priced models.

The Royale's were very elegant, stately, and modern vehicles. They were given Murray-built bodies and carried a sticker-price of just under $2500. If customers were looking for more elegance, they were sure to find it on the 152-inch Royale with custom coachwork courtesy of Dietrich. The bodystyles offered in this range were a seven-passenger limousine and three convertibles. As would be expected with elegance of this level, only a few Dietrich bodied examples were ever produced.

Sales were slow in 1931, as was becoming a market-wide trend. The economic difficulties of the era had all marque's looking to diversify their accessories and model-lines in order to attract buyers. Reo's attempts included dropping their prices and increasing their horsepower. This did little to stimulate sales and they closed the year with a $3 million loss. A total of 6762 cars had been built.

The following year the company diversified their line even further with a smaller model named the Flying Cloud. It had a 117-inch wheelbase and a 230 cubic-inch six-cylinder engine developing 80 horsepower. It was extremely versatile, offered in nine open and closed models in both DeLuxe and standard trim. Pricing was fairly competitive, selling for around $980 - $1200. The other models remained mostly unchanged. The company hoped the new Flying Cloud would do well in the marketplace, but it did not. Total sales for the year reached around 3900 cars.

The company would stay in business for a few more years, officially closing their doors in 1936.
by Daniel Vaughan | Mar 2008

Ransom Eli Olds was successful in selling his Curved Dash Oldsmobile, but when he resisted dropping it in favor of a more modern, expensive automobile he was forced out of his own company. Unable to use the Oldsmobile name, he started a new company ....[continue reading]

In August 1904 Ransom E. Olds was forced out of the company he had founded, the Olds Motor Works. The firm built the curved dash Oldsmobile and was one of the largest producers of automobiles at that time. Olds immediately started a new company, usin....[continue reading]

The Reo Model 8-35 is one of, if not the first, automotive designs tested in a wind tunnel at the University of Detroit Aeronautics Department. Designed by Murray, the fenders, radiator shell, and even the forward light bezels all show the efforts p....[continue reading]

Eli Olds founded the REO Motor Car Company, in 1905, shortly after selling Oldsmobile, but was prohibited from using his name for a new car manufacturer. Wittingly, his initials R.E.O. were used to name the new company. The Royale, first produced in ....[continue reading]

REO built its first automobiles in the fall of 1904, introducing trucks in 1908. The Lansing, Michigan, company was founded by Ransom Eli Olds, the father of the Oldsmobile, after he left his namesake company. Starting in 1931, REO introduced the lux....[continue reading]

1932 Convertible Coupe
Coachbuilder: Murray
Chassis Num: N3001
© 1998-2020. All rights reserved. The material may not be published, broadcast, rewritten, or redistributed.