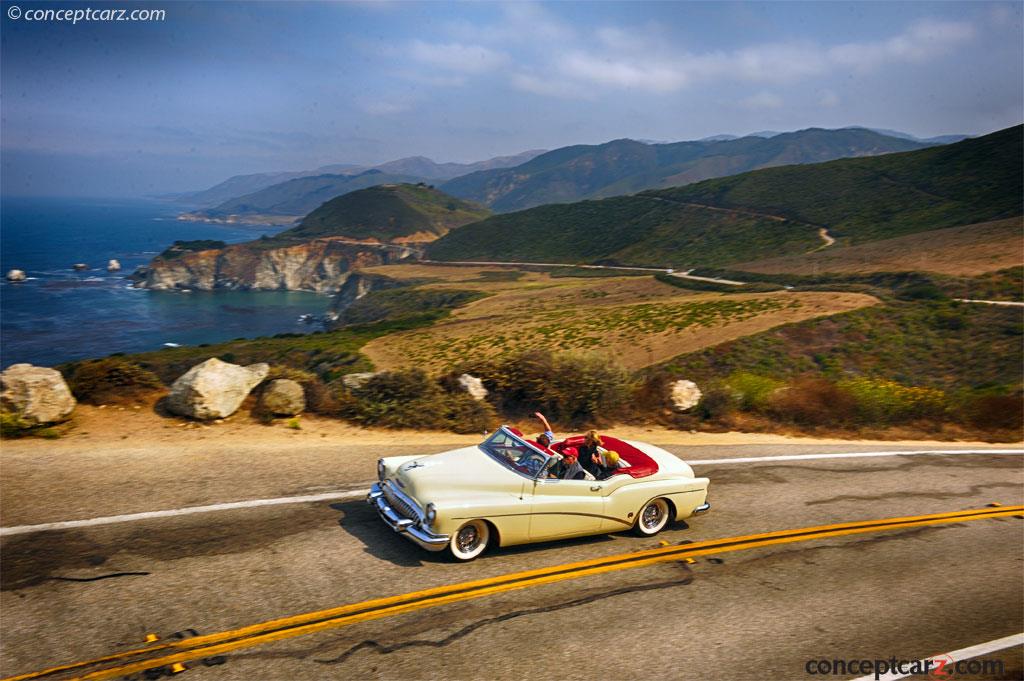 In 1953 Buick introduced the Skylark - a vehicle built to celebrate the company's 50th anniversary and intended to be produced as a limited edition off of the Roadmaster line. Designed by the famous Harley Earl, the car had style and performance. The vehicle appeared to be lower than the standard convertibles, this was due to the body design. Ventiports, also known as port holes, were absent from the vehicle. Under the hood was a 322 cubic-inch 8 cylinder engine capable of producing nearly 190 horsepower. Only available as a convertible, this 4300-pound vehicle had a top speed of just over 100 miles-per-hour and a zero-to-sixty time of around 12 seconds. The interior was elegant, with leather seats and many standard features. During the introductory year, 1690 examples were created making it a highly collectible vehicle even by today's standards.

Even fewer examples were produced in 1954, with just 836 examples. The engine was still the 322 cubic-inch eight-cylinder except it was now producing 200 horsepower. A chrome tailfin could now be found at the rear of the vehicle, a unique design that was new at the time. The DynaFlow automatic transmission, air conditioning, and Kelsey-Hayes 40-spoke rims were just some of the standard equipment. Of the 836 examples produced in 1954, it is believed that less than 50 exist today.

The Skylark was not produced in 1955. This limited production vehicle would not be produced again until 1961. When it did return, Buick had used its name on their intermediate sport-coupe model. Under the hood was a 215 cubic-inch 8-cylinder with a four-barrel carburetor resulting in 185 horsepower. A year later the compression ratio was increased and as a result, so did the horsepower. The Skylark had also gone design changes for 1962, one of them being a Skylark badge now adorning the front fender.

By 1963, the 215 cubic-inch engine had finally been tuned enough to produce 200 horsepower. The Skylark emblems could now be found on the vehicle's pillars. The performance increase continued in 1964 with the addition of a four-barrel carburetor attached to the 300 cubic-inch 8-cylinder engine. The result was 250 horsepower.

In 1965 Buick debuted the Gran Sport package which, in the years that followed, would become its own series. The 300 cubic-inch two-barrel option produced just over 200 horsepower while the four-barrel version produced 250 horsepower.

The muscle car era was beginning to heat up. The cars were becoming smaller and the interior was being gutted to take advantage of weight-saving techniques. The engine cubic-capacities continued to climb and the horsepower-to-weight ratio was astonishing. This was true for the Skylark which saw its engine-size and horsepower climb throughout the years.

By 1968 the engine had been enlarged to 350 cubic inches. Depending on the configuration, the horsepower inched towards the 300 mark. The torque was equally as impressive with 375 foot-pounds for the high-performance engine. 1969 was similar and saw little changes in both its mechanics and its aesthetics.

The muscle car era saw its peak in the 1969 and 1970 years. After that, the automobile manufacturers were forced to decrease their engine sizes in order to comply with strict government regulations and safety concerns. Insurance premiums were on the rise and it became economically unfeasible for many to continue to own these high-performance machines. All this leads to the general public craving alternatives such as luxury and fuel-efficient vehicles.

Production of the Skylark continued until 1997.
by Daniel Vaughan | Aug 2008

Buick celebrated its 50th Anniversary in grand style, by introducing one of its all-time great cars. This, of course, was the very limited production Skylark, which cost $4,596, was luxuriously equipped and had a production of only 1,690 units. It ....[continue reading]

1953 was Buick's Golden Anniversary year. In recognition of this milestone, they produced the limited-edition Skylark. Based on the Roadmaster convertible, the Skylark featured an exclusive chopped windshield, rakish full length 'sweepspear' side t....[continue reading]

The Skylark was Buick's answer to the European sports car and it was a celebration at $4,596. It was the most luxuriously standard equipped Buick produced at that time. The Buick had power brakes, power steering, power seats, and power antenna for th....[continue reading]

The arrival of Gen. Dwight Eisenhower to the White House in 1953 with his vow to end the Korean War, which he did also ending wartime automotive production controls, brought a wave of optimism that swept America. General Motors rolled out its Motoram....[continue reading]

The year was a big one for the brand that served as the foundation for the General Motors empire. Established in 1903, Buick celebrated its golden anniversary with the introduction of the Fireball V-8, its first, ending a long tradition of inline eig....[continue reading]

This 1953 Buick Skylark Convertible was treated to a no-expense spared restoration and was finished in the correct 1953 Skylark Color of Osage Cream. The interior and exterior chrome were either triple plated or polished to the highest standards. T....[continue reading]

Buick celebrated its 50th anniversary in 1953 by putting a Motorama show car in production. Named Skylark, this limited-edition was an ultra-luxury, full-size sport convertible. And it was a Harley Earl creation all the way.....[continue reading]

This 1953 Buick Skylark Convertible was offered for sale at the 2007 Christies auction of 'Exceptional Motor Cars at the Monterey Jet Center.' Under the bonnet is a Fireball V8 engine that measures 322 cubic-inches and capable of producing 200 horse....[continue reading]

This 1953 Buick Skylark Convertible was offered for sale at the 2007 Christies auction of 'Exceptional Motor Cars at the Monterey Jet Center.' ....[continue reading]

In 1952, the Skylark was first displayed as a General Motors Motorama car. The car was based upon the Roadmaster convertible and was essentially a factory-built 'sport custom.' The windshield was chopped four inches and the beltline was cut down and ....[continue reading]

Beginning in 1903, the Buick Motor Company was rolling out new Buicks, and produced 37 that first year.....[continue reading]

The Skylark was built for the GM Motorama show to highlight what General Motors had to offer. Buick decided to build this custom built Buick with a low cut windshield, lower doors and special convertible top. The body is a rolling work of art.....[continue reading]

This Buick Skylark was given a no-expense-spared, nut-and-bolt rotisserie restoration. Since the work was completed, it has been driven a few hundred miles. It is finished in Mandarin Red with a white convertible top and a two-tone red and white inte....[continue reading]

The most spectacular Buick for 1953 was the Skylark. The 1953 Skylark was unveiled in July, 1952 as the answer to the European sports car and in conjunction with Buick's 50th anniversary. Only 1,690 were produced. At a price of $4,596, the Skylark wa....[continue reading]

For 1953 General Motors offered a trio of special, low-production convertibles in their top three auto lines, Cadillac, Buick and Oldsmobile. This car is one of the 1,690 Buick Skylark Convertibles built as part of that trio and powered by Buick's ne....[continue reading]

Buick's 'Golden Anniversary' Skylarks were designed and styled by Harley Earl. There were only 1,690 of these cars built, and this example is number 145. The car was built as a sporty, yet luxurious, four-seater convertible at a price of $5,000. The ....[continue reading]

The Buick Skylark followed the same basic formula as the Cadillac Eldorado but differed even more from the regular Roadmaster on which it was based. In addition to cut-down doors, it featured unique front fenders and rear quarters, the latter with fu....[continue reading]

Buick Wildcat I
Concepts by Buick 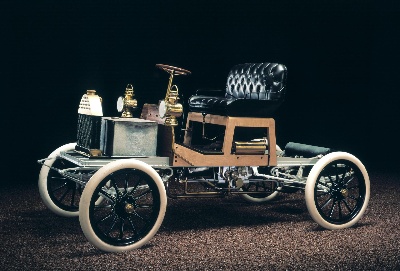