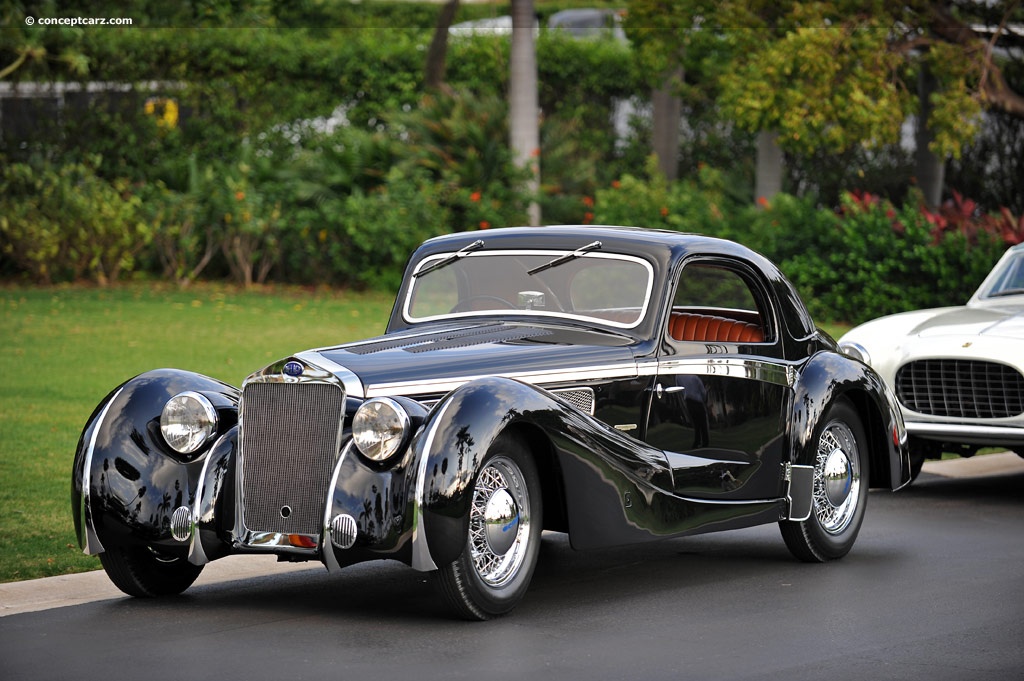 In 1936, the Delage D8-120 was introduced. It was given a modified Delahaye chassis and featured an advanced independent suspension in the front with a transverse leaf spring. Power was basically a Delahaye 135M six-cylinder unit, with the addition o....[continue reading]

The Delage was designed by Georges Paulin and built by the coach-builder Pourtout for Louis Delage's personal use, and very much to his careful design specifications. It is an experimental chassis, very low, ('surbaisse' in French) and features a 4.7....[continue reading]

In 1906, Louis Delage constructed his first voiturette and by 1908, his light cars were winning races. By 1914, the vehicle had adopted such advanced technology as twin-overhead camshaft engines and four-wheel brakes. ....[continue reading]

It is believed that this Delage was originally delivered to a French actress in September of 1937. After World War II, the car was in the care of British ownership where it remained until the 1960s, at which time it was exported to the United States.....[continue reading]

Delage was at its best in the late 1920s and early 1930 producing elegant automobiles for a wealthy clientele. Its success stemmed in part from the fact that the marque's 1.5-liter car won the Grand Prix Championship in 1927. By 1935 automakers world....[continue reading]

In the late 1930s Letourneur et Marchard of Paris built a series of aerodynamic 'coaches profiles' that pushed the typically French pillarless style to its aesthetic limits. The Delage Company was unable to weather the economic storm of the early 193....[continue reading]

This D8-120 was built by the coachbuilding firm of de Villars. It is a flamboyant design which reflects both the industrialization of Europe as well as the Art Deco era.....[continue reading] 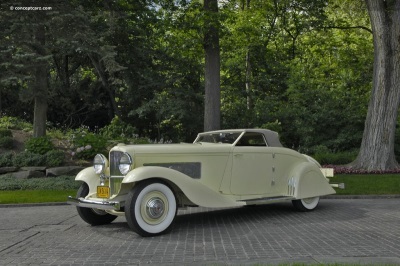 Troy, MI – December 7, 2017 – Concours dElegance of America today announced Sam and Emily Mann as the Collectors of the Year, and Mark Reuss as the Enthusiast of the Year for the 40th annual event. The Manns will display five cars from their... 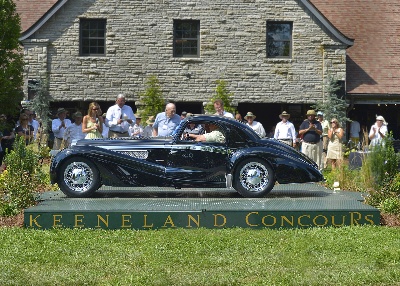 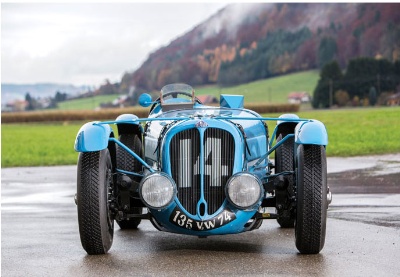