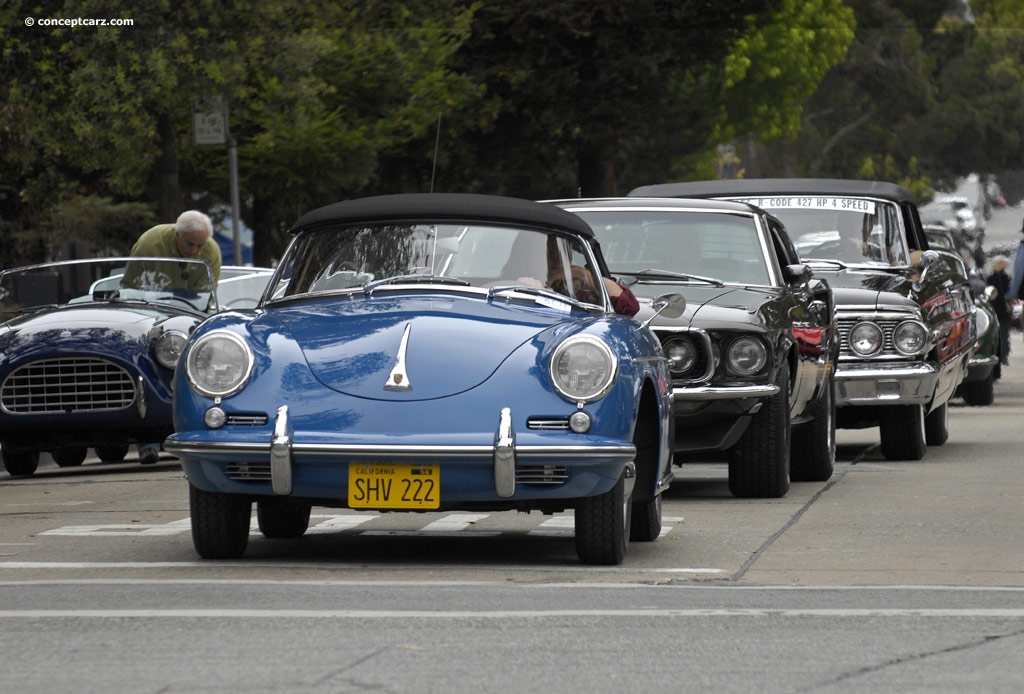 The 356 model help Porsche quickly establish itself as a leading manufacturing of racing and lightweight sports cars. In late 1959, the next evolution of the 356 made an appearance at the Frankfurt Show. The 356 B, replacing the 356 A, brought substantial improvements over previous models. It was given the new T5 body with higher bumpers, a revised interior, and recontoured fenders. The headlights were positioned higher from the ground with amber parking lights placed below the headlamps. Air intakes for the brake system was located under the bumper. The 1600 designation was placed on the rear deck, indicating the 1582cc (1600) engine.

Mechanically, a new engine was offered - the 1600 Super 90 rated at 90 (DIN) horsepower. The brake drums were cast-aluminum and had a radial-fin design. Koni shock absorbers became standard in 1961 on the Super 90 and the 1600S.

The Convertible D was now called the Roadster and came from either Druaz or D'leteren Freres. The Druaz-built Roadster was the third and final evolution of open Porsche 356s, which had began with the 1954 Speedster and 1958 Convertible D. In similar fashion to the D, the Roadster offered daily usability over the minimalistic, stripped down, and track-oriented Speedster. They had a real top and roll-up windows. The Roadster had a flat front of the new T-5 chassis B model along with the Alfin brakes.

The Karmann Company produced a new notchback coupe. The Reutter Company produced a lightweight GT coupe powered by the Carrera-tuned engines. Just 49 examples of the lightweight 356 B GS/GT were constructed. They were given a uniquely louvered rear deck lid, a front-mounted oil cooler, an 80-liter fuel tank, roll bar, aluminum bucket seats, and leather straps for quickly raising and lowering the side windows. The Carrera GT were successfully campaigned in a variety of competition events and helped grow interest in Porsche street cars.

The 356 Roadster was introduced in tandem with the all-new 'B' series. It offered open air motoring experience while giving occupants a more refined and versatile overall package than the preceding Speedster and convertible D. This example, chassis n....[continue reading]

First came the popular 356A Speedster, then the Convertible D in 1958 to be replaced by the Roadster a year later in 1959. Within a year or so, demand for open top 356s was slowing fast and that early love affair with 'wind in the hair' was virtually....[continue reading]

Development and production of the Model 356 was overseen by Dr.Ferdinand Porsche and his son 'Ferry' in the late 1940s. The coachwork was designed by Austrian engineer Erwin Komenda. When the Porsche 356 entered production, it would remain there for ....[continue reading]

Competition Motors in Hollywood delivered this Roadster to its original owner, James K. Skeoch of Los Angeles in Spring of 1960. The car's most recent owner has given the car to a concours restoration, which specified numerous upgrades to enhance the....[continue reading]

The B-series was built from 1959 through 1963 by coachbuilder Anciens Etablissement d'Iteren Frers SA of Brussels, Belgium, also the Porsche importer for the country. The Roadster was a development of the Convertible D and Speedster with both a large....[continue reading]

This Porsche 356B 1600 Super Roadster by Drauz is described as a two-owner automobile that left the factory on August 8th of 1960. It was originally sold in the United States. The car is powered by the 75 horsepower 1600 Super engine and came loaded ....[continue reading]

This 1960 Porsche 356B has chassis number 754428 and is powered by a four-cylinder engine that produces 90 horsepower. It was previously owned and driven by Eric Britzel. It has been in present ownership for the past five years and a regular on the....[continue reading]

By the time of the Porsche 356B debut in 1959, nearly 40 percent of Porsche production was being sent to the United States. Many of those buyers used their Porsches as everyday cars. Many changes to the 356A were made both for usability and comfort a....[continue reading]

The new-for-1960 Porsche 356B was a significant leap forward both in cosmetic and mechanical features. The traditional dropped nose and slanting headlight covers were replaced by more upright headlights and a raised front bumper and fenders. The T6 b....[continue reading]

This Porsche is a 356 B 1600 GS/GT Carrera Coupe. It was completed on May 12th of 1960 and delivered on May 21st of 1960 to its first owner, Manu Sanandaji of Lausanne, Switzerland. It left the factory painted Ruby Red and optioned with Dunlop 165x15....[continue reading]

This Porsche 356B Roadster is a well-known car at all of the West Coast tracks having run there since the late 1960s well into the 1970s. It ran SCCA E Production (now) with a 1620cc push-rod 356 engine producing 130 horsepower. It has a 4-speed tran....[continue reading]

A true Texas barn find this 356 B Cabriolet with removable hardtop has been transformed and reimagined by Rod Emory of Emory Motorsports. The car had been crashed into a tree and was neglected for many years. The goal was to incorporate the best feat....[continue reading]

The Porsche 356 B Cabriolet was given the new T5 body with recontoured fenders, higher bumpers, and revised interior. This particular cabriolet example has a period-correct, high-performance Super 90 engine offering 90 horsepower. It is finished in l....[continue reading]

THE SHAPE OF THINGS TO COME RM SOTHEBYS PRESENTS THE OLDEST CAR TO WEAR THE PORSCHE BADGE 1939 PORSCHE TYPE 64 BERLIN-ROME SET TO STAR AT MONTEREY AUCTION THE PERSONAL CAR OF FERDINAND... 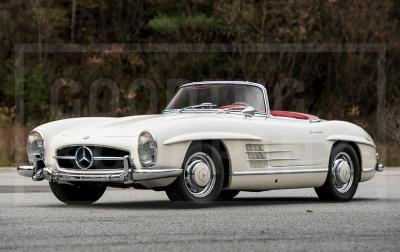 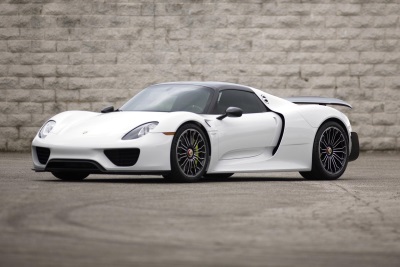