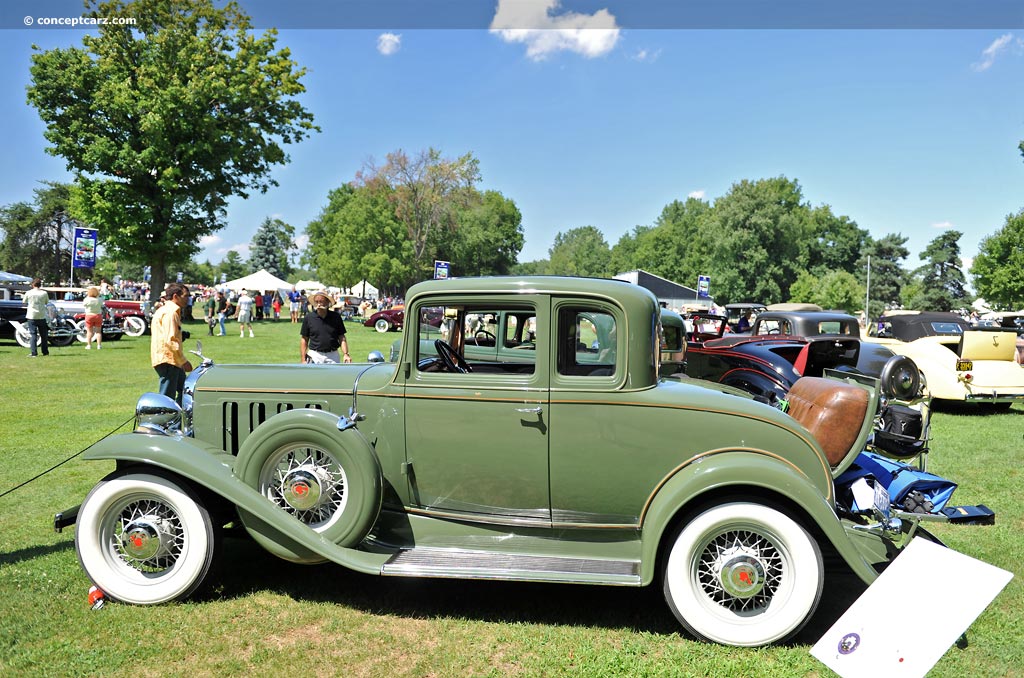 The 1932 Pontiac models included the six-cylinder Series 402 and the eight-cylinder Series 302. The Series 402 had a 114-inch wheelbase and prices ranging from $645 to $800. The Series 302 rested on a 117-inch wheelbase platform and was priced from $845 to just over $1000. Both the six- and eight-cylinder engines had a three-speed synchromesh transmission, a semi-floating rear axle, and four-wheel mechanical brakes. The body styles were the same, consisting of a coupe, sport coupe, 2- and 4-door sedan, custom sedan, and a convertible coupe.

New features found on the 1932 Series 302 was a slightly raked windshield, door type hood ventilators, new radiator emblems, and a vee-type radiator shell that had a built-in grille. They now had fender lights and dual horns.

'More for your Money' - This automobile was only in production for 90 days. The Oakland Motor Car Company was founded in 1907 and became part of General Motors in 1909. In 1925, General Motors sought an intermediate car priced between the Chevrolet....[continue reading]

Pontiac was created in 1926 as a companion marque to Oakland and to fill a price niche between Chevrolet and Oakland in Alfred Sloan's carefully orchestrated stair-step brand strategy that had severed General Motors so well. General Motors, like so m....[continue reading]