The Car-Nation Company of Detroit, Michigan was in production from 1912 through 1915. Their vehicles consisted of a roadster, four-passenger tourer, and a small Tandem vehicle. The wheelbase measured 104 inches and power was supplied by a four-cylinder 18 horsepower engine. The air-cooled engine was mated to a three-speed manual transmission. Pricing was similar and around the $500 range. In 1913, Car-Nation president Charles S. Shaffer purchased Keeton Motor Car Company of Detroit, MI in efforts to expand the catalog from Voiturette to full-size vehicles. The small Car-Nation vehicles struggled to find buyers and by September of 1914 was in receivership. In total, six hundred examples of the Car-Nations were built along with 100 Keetons scheduled to be assembled under receivership control. In 1915, the Car-Nation-Motor Car Company was formed, however due to World War I, financial instability, and economic conditions of the time, nothing materialized. What was left of Car-Nation was later purchased by Sam Winternitz for $100,000.
By Daniel Vaughan | Dec 2018 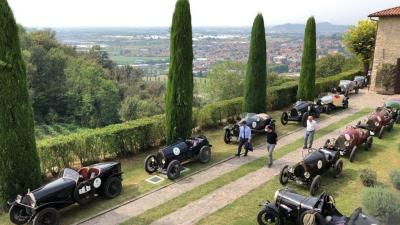 100 Years of the Type 13 Brescia: Quadruple Victory for Bugatti

With its victory in Brescia, Italy in 1921, Bugatti permanently changed the racing scene. The event is the Gran Premio delle Vetturette. On the Circuito di Montichiari, race cars zip back and forth between the towns of Montichiari and Brescia.... 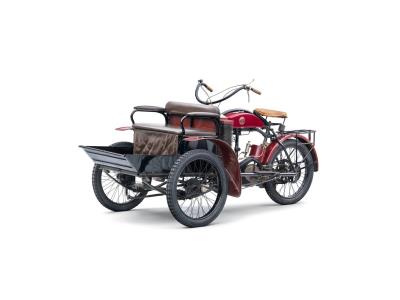 New series looks back at forgotten models from the companys 125 year history Water-cooled LW three-wheelers from Laurin %26 Klement (1905 – 1911) combined the strengths of automobiles and motorbikes Mladá Boleslav, 6 April 2020 – In 1905,...

Cernobbio. 90 years of BMW Motorrad, 90 years of two-wheeled history – hardly another motorcycle manufacturer can boast such a longstanding and successful heritage as BMW. The BMW R 90 S likewise has cause to celebrate the BMW Motorrad design icon turns...
© 1998-2022. All rights reserved. The material may not be published, broadcast, rewritten, or redistributed.