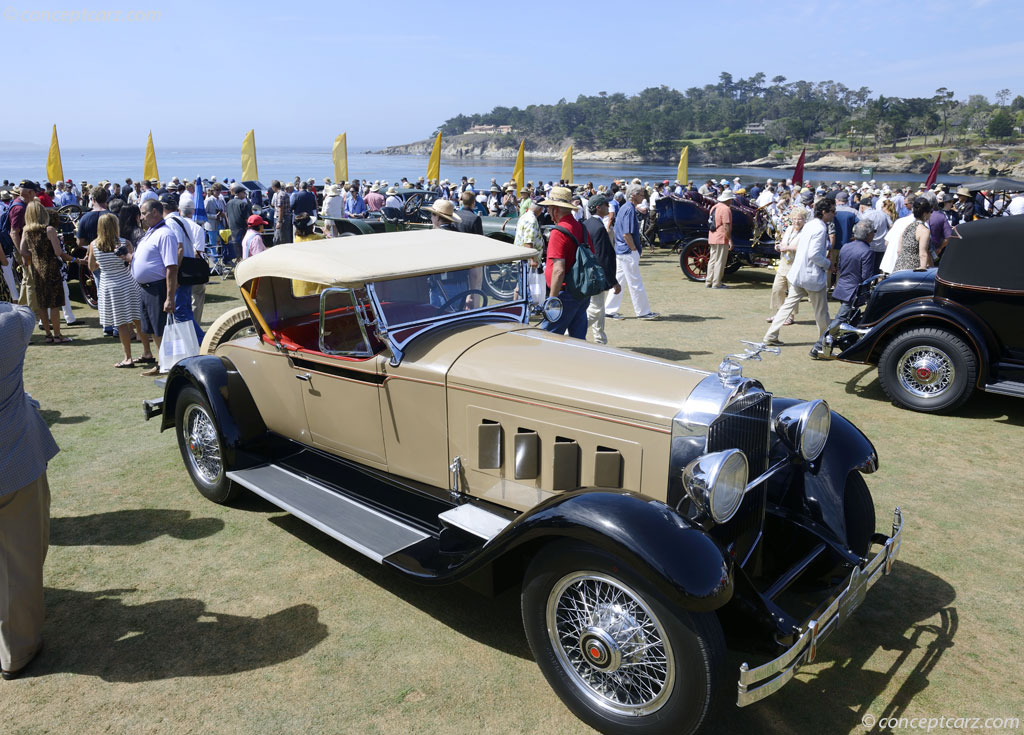 For 1929, Packard offered four distinct series of automobiles, each designation having a parallel to the car's wheelbase - the 626 and 633 Standard Eights, the 640 Custom Eight and 645 Deluxe Eight series.

The new Standard Eight series replaced the Packard Six, which was discontinued. One of the most popular Packard models was the 633 seven passenger sedan
Vehicle Profiles

The Sixth Series of 1929 Packards, the Model 626 and 633 were the marque's most important models. They rode on a 126.5- and 133.5-inch wheelbase respectively. Powering these Standard Eight models were a 319 cubic-inch inline eight-cylinder unit that ....[continue reading]

This Packard 626 Sport Coupe was originally sold by the infamous Packard dealer Earl C. Anthony. It was purchased in 1970 by the current owner's father from the third owner. Anthony used this car to display Packard's high-end option Artillery Wheels ....[continue reading]

Packard established its impressive reputation by producing luxury automobiles, but the 1929 Speedster was all about performance. The company took its smallest body, shortened it by several inches, and then dropped in an eight-cylinder, high-compressi....[continue reading]

The Packard standard Eights rides on a 126.5-inch wheelbase and were powered by an all-new 90-horsepower, 319.2 cubic-inch, inline eight-cylinder engine. They came with five disc wheels wearing 32x6 tires as standard equipment, but the dual side-moun....[continue reading]

Packard was the luxury car leader from the 1900's through the 1930's producing large, expensive automobiles in their huge Detroit factory. From a single assembly line they were able to accommodate many fine products, keeping costs down, but disallowi....[continue reading]

This Speedster is a faithful recreation of a Packard factory test racer. Its all steel body rests on a Packard 6-26 Standard Eight chassis. Engine and three-speed transmission come from a Packard Super Eight. An original Packard driveshaft was shorte....[continue reading]