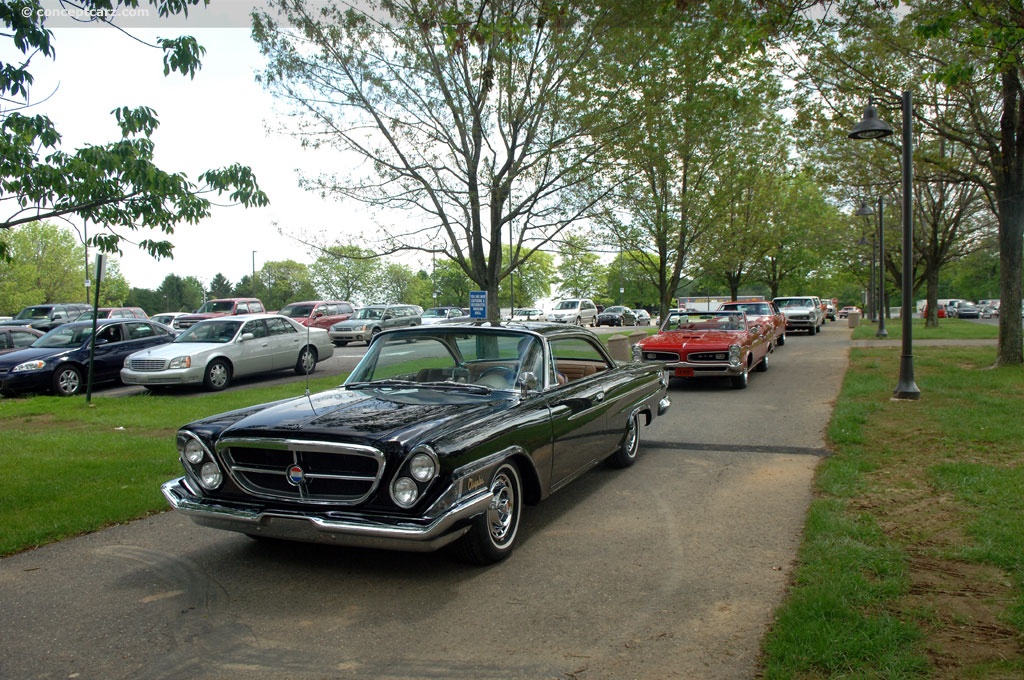 The 1950s were an exciting time for the American automobile industry with many manufacturers going in very different styling directions. Chevrolet had their lightweight Corvette sports cars; Ford had their Thunderbird 'personal car.' Chrysler chose to introduce the 300 Series. This was a luxuriously equipped high-performance sporting sedan that later became a coupe and convertible. The engine was a Hemi V8 that had a performance camshaft mated to stiff valve springs and dual four-barrel carburetors; in later years, the powerplant was a Wedge Head unit.

The Chrysler 300H was a dramatic departure from the opulent and excessive styling of the period. The previous flamboyant fins were nearly completely gone and replaced by a smooth cascading rear deck lid. The exterior and interior brightwork remained mostly intact, as well as the lavishly appointed interiors. They remained fast, exclusive, and luxurious.

The Chrysler 300H no longer shared its platform with the New Yorker line. The wedge head V-8 engine provided ample performance and ride control. Andy Granatelli took a 300H to another 'Flying Mile' record at Daytona, recording a 179.4-mph speed.

During the year, a total of 558 cars were built and sold that year, with 435 of those built in hardtop coupe form. The decline in sales is attributed to the Sport Series 300, which came equipped with nearly everything found on the 300H as standard or optional equipment. The Sport Series 300 was significantly less expensive than its 300H sibling.

Pricing for the 300H hardtop coupe began at $5,100 while the convertible sold for $5,450. Tan leather interiors were standard, with special order colors optionally available. Several high-performance engine options were available, with the inline, dual carbureted engine being standard.
by Daniel Vaughan | Apr 2019

Before there was a Chrysler Corporation, before there were HEMIs, before Wedges and dual-quads, there was Maxwell-Chalmers. They'd made cars since 1904 but as happened to many a manufacturer in those early days, they plowed headlong into financial ha....[continue reading]

This Chrysler 300 H Convertible is one of 123 examples of this bodystyle produced in 1962. It has been restored and is a numbers matching example. Power is from a dual quad 413 cubic-inch engine offering 390 horsepower and mated to a 3-speed TorqueFl....[continue reading]