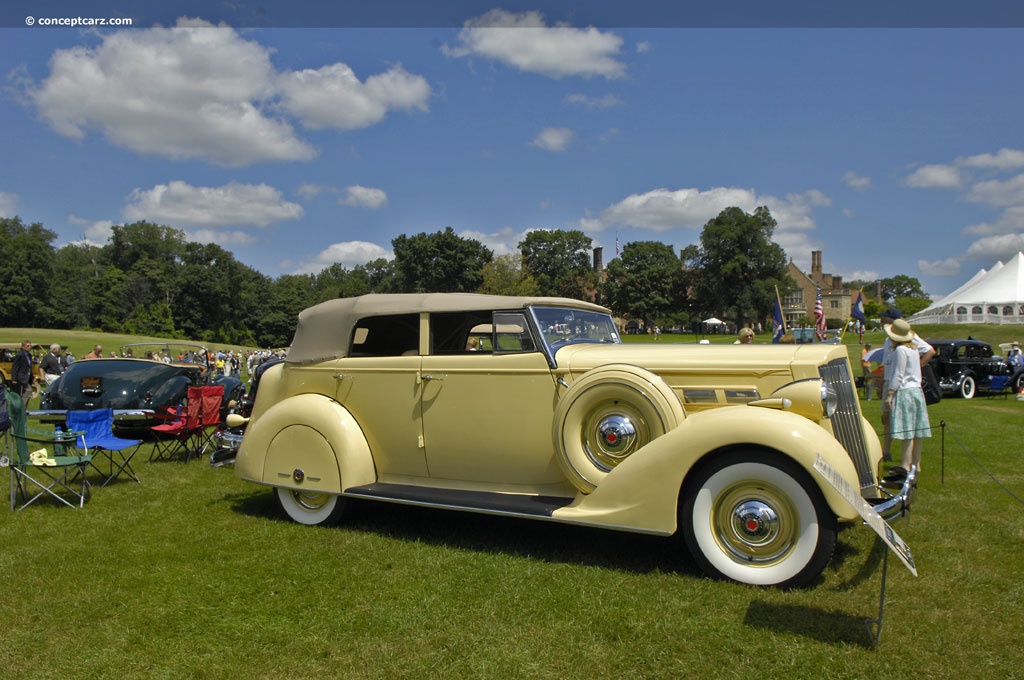 In 1932, Packard introduced a smaller, lower-priced car called the Series 900 Light Eight. This had proved a disappointment, but as the Depression continued, the need for a price leader become more prevalent. Thus, the company introduced the One-Twen....[continue reading]

Packard was one of the oldest car companies in American by 1937, and was also the leading luxury marque at the start of the Classic era. Packard built their first automobile in 1899 at the Ohio Automobile Company of Warren, Ohio as the company was th....[continue reading]

The Packard marque built a reputation for fine luxury cars during their illustrious career. Along with elegant and stately vehicles, they also built robust heavy trucks. Truck production on East Grand Boulevard ended in 1923, but the Packard chassis ....[continue reading]

This Packard 120 Convertible has been treated to a professional restoration. The car is powered by an 8-cylidner 282 cubic-inch engine offering 120 horsepower. It is finished in its original Packard color of Autumn Gold Poly with a brown leather inte....[continue reading]

Not all custom one-off Packards were built on the Senior series chassis, especially those done in Europe. Coachbuilders sometimes favored the smaller models with shorter wheelbases when designing a car with more sporting intensions, for which the pop....[continue reading]

Packard introduced its first 'mid-priced' model, the 120, in 1935, and it was offered in a range of factory-produced body styles. The offerings remained relatively unchanged for 1937 except for the addition of a modern new Convertible Victoria design....[continue reading]

This Packard One Twenty is one of two known survivors with Rollston's all-weather cabriolet body. It is a chauffeur-driven model with an open driver's compartment and an enclosed rear compartment. The inside features broadcloth upholstery, jump seats....[continue reading] 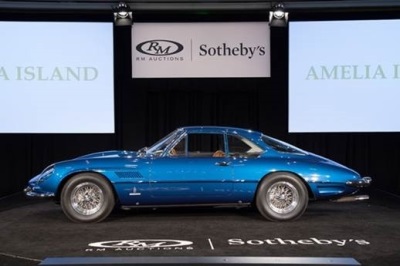 RM Auctions returns as the official auction house of the Amelia Island Concours dElegance, March 9, 2013 Single-day sale features breathtaking roster of more than 80 investment-quality collector cars Notable highlights include an outstanding s...
© 1998-2020. All rights reserved. The material may not be published, broadcast, rewritten, or redistributed.