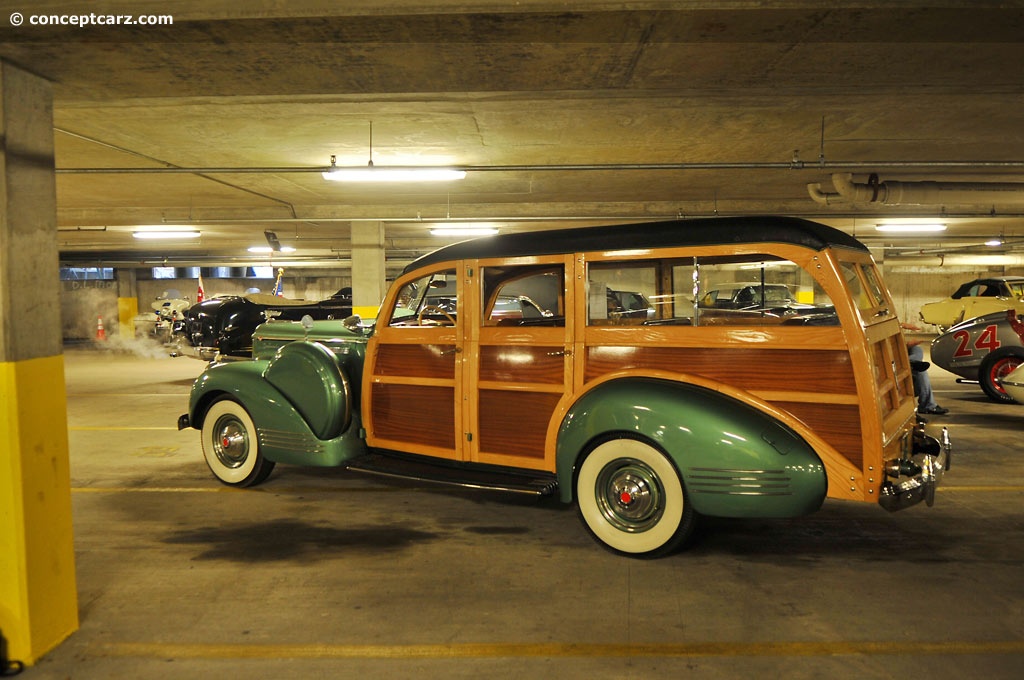 As the 1940s came into view, Packard found itself producing models for a wider market. In 1937, they introduced the 'One-Twenty' Series as their attempt to break into the mid-priced eight-cylinder demographic. The 120 rested on a 127-inch wheelbase a....[continue reading]

The original owners of this car were the McCormick family of Scottsdale, AR.....[continue reading]

Changes to the 1941 Packard included having the headlamps moved into the fenders. When customers ordered side-mounts, these were sunk deeper into the fenders. The company continued to use what was called a 'caravan' style top without rear quarter win....[continue reading]

The Packard One-Twenty was introduced in 1935 and over its seven-year production run, 175,027 examples were produced. This particular One-Twenty Woody Station Wagon is number 56 of 58 built, and spent many years stored in a barn before being discover....[continue reading]

Packard introduced the Station Sedan in mid-1937 and was offered on both the six-cylinder 115C (later One Ten) and eight-cylinder One Twenty chassis through 1942. The bodies were often provided by the Hercules Body Company, using framework of light-c....[continue reading]

This 1941 Packard 120 Convertible has been given a body-on cosmetic restoration and finished in green with a tan interior. There is leather upholstery with green accent piping. In the front are fog lights and bumper guards. The car is equipped with a....[continue reading]

James Ward Packard was dissatisfied with his Winton motor carriage which prompted him to build his own superior automobile. With help from his brother and two employees from the Winton Company, Packard began work out of his electric engineering facto....[continue reading]