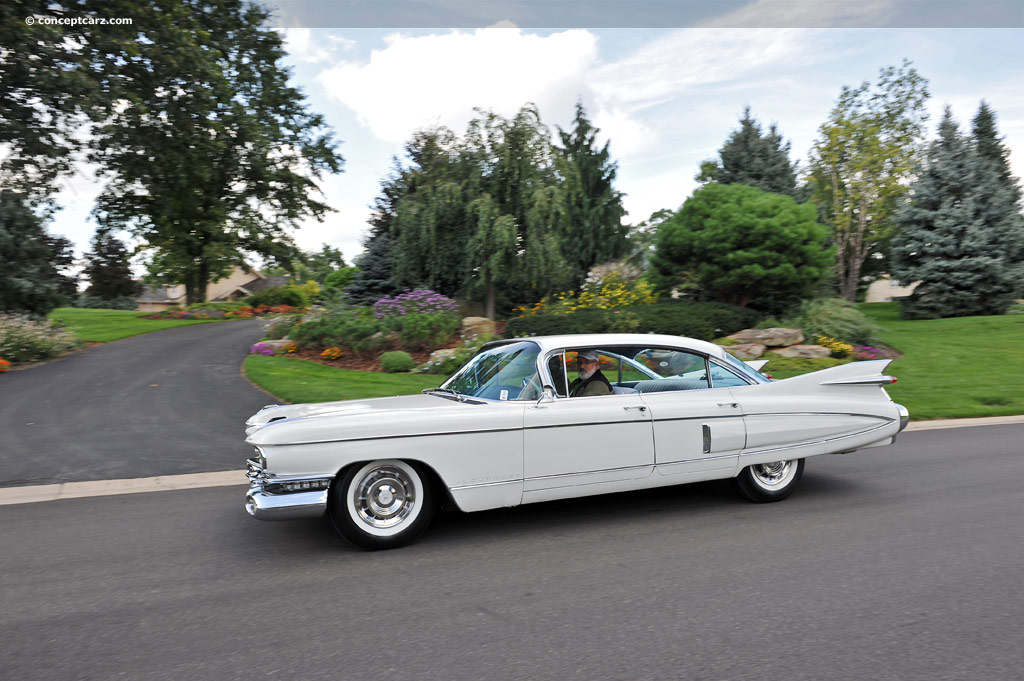 The 1959 Cadillac was endowed with many forward-looking styling elements and futuristic design cues inspired by the 1950s 'Jet Age', Cold War-era rockets, and supersonic aircraft. Among them were the bold tail fins that actually dated back to GM's 3/8-scale 'Interceptor' design studies of the early 1940s. Overseen by Julio Andrade, Harley Earl's assistant, these designs were derived from the United States Army Air Corps' top-secret Lockheed P-38 'Lightning' fighter aircraft that earned fame in every theater of WW II. Lines and curves were highlighted by broad ribbed stainless steel fairings, brightwork, and trim, and a dummy air-scoop was located on the rear fender. Sixty Special scripts appeared on the sides of the tailfins and a Fleetwood script nameplate was located on the bottom of the rear deck lid.

In addition to the incomparable styling and in keeping with its premium market stature, all 1959 Cadillac models were built to impeccable high quality. The Series Sixty was Cadillac's non-limousine model offered solely as a four-door sedan with room for six occupants. All 1959 Cadillacs were powered by an overhead valve 390 cubic-inch engine with a 10.5:1 compression ratio, hydraulic valve lifters, and five main bearings. The Series 60 used triple Rochester two-barrel carburetors to develop 20 more horsepower than the lower Cadillac models, with 345 horsepower produced at 4,800 RPM. This engine was available to all Cadillacs for an additional $134. The Series 60 Special shared its 130-inch wheelbase platform with all other 1959 Cadillacs, except for the Series 75, and used an independent front suspension with coil springs and stabilizer bars along with a four-link rear setup with semi-floating rear axle and coil springs. Stopping power was by power-assisted four-wheel hydraulic drum brakes. With a length of nearly 19 feet, flamboyant tail fins, dramatic styling, and plenty of chrome trim, the Series 60 Fleetwood was elegant and delivered a commanding presence in all respects.

The Series 60 Special Fleetwood was offered annually since civilian production resumed following World War II. It represented Cadillac's high-end, high-style sedan, positioned just under the formal Series 75. Its history database back to the original 1938, 1939, and 1940 Series 60 Specials which introduced captivating designs by Bill Mitchell, who would eventually become Harley Earl's handpicked successor by 1958.

The 1959 Series 60 was a well-optioned vehicle, with more standard features than most other cars on the road at the time. The list included electrically operated power windows, including the front door vent windows, two-way power seats, power-assisted steering and brakes, reversing lights, two-speed windscreen wipers, and much more. Priced at over $6,230, they were among the most expensive and exclusive vehicles of the year. In the Cadillac lineup, only the Series 75 Limousine and nine-passenger sedan were more expensive.

The 1959 Cadillac was the pinnacle of GM's Harley Earl's infatuation with tailfins and chrome, and the Sixty Special sedan was the essence of Cadillac that year.
by Daniel Vaughan | Sep 2011

The designation Sixty Special has denoted a specific model since 1938. At first, the name was saved for Cadillacs lowest price range but eventually, the Sixty Special name would be reserved for Cadillacs most luxurious automobiles. 1941 was the final year of Bill Mitchells original Sixty Special design and a brand new 1942 model was in the cards. Nearly 17,900 Sixty Specials were produced from....
Continue Reading >>

The 1958-60 era of Cadillac was described by one automotive writer as the 'Wurlitzer juke box' period of automotive design. The Cadillac marque used large tail fins, plenty of chrome and an overwhelming size to attract potential buyers. Today, these ....[continue reading] 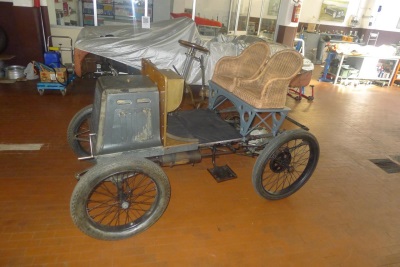 Italian motoring pioneer, once given by Mussolini to America, makes its first ever appearance in the UK A unique veteran car that Italian dictator Benito Mussolini once donated to the Henry Ford Museum will be making a guest appearance as a special...