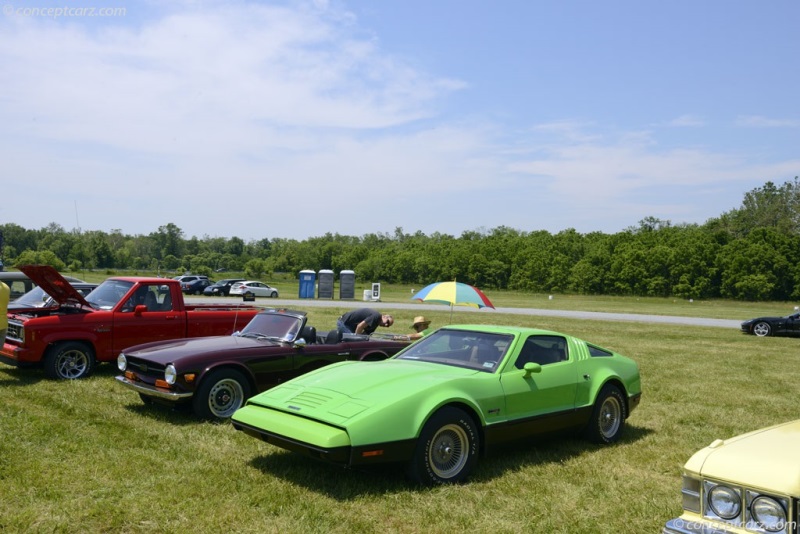 Before the age of 25, Malcolm Bricklin had made his first million in franchising his Florida based plumbing and hardware supply stores.
He later became the Subaru importer for North America, his first automotive related endeavor. He later - created his own automotive company, and produced a revolutionary sports car named the SV1.

The SV1 was not only a sports car, it was a safety car; thus named the Safety Vehicle 1 (SV-1). With it's built in roll cage, shock absorbing 5-mph bumpers, and side guard rails, it greatly exceeded the safety requirements of its day.

It featured Gullwing doors, fiberglass body, tubular frame, and an AMC engine. 780 vehicles were produced with the AMC V8. The 360 cubic-inch engine was capable of producing 220 horsepower. AMC was unable to meet the demand for the engine so Bricklin began using a Ford power-plant. The Ford V8 engine produced 175 horsepower.

The SV-1 was plagued with build-problems. Most of the parts came from Detroit while the assemble transpired in Saint John, New
Brunswick, Canada. The electro-hydraulic door system, made famous 20 years earlier by the Mercedes-Benz 300 SL, were not reliable. The weather-stripping leaked.

The goal was to build an inexpensive sports/safety car. When the vehicle was finally ready for sale, the price had skipped from an initial $4000 to $7490. In 1975 it increased again to $9980. There were many reasons for this spike. Since the vehicle was plagued with poor quality and high scrap count body panels, production was lower than expected. There were problems with the suppliers of the drive-train, suspension, and other components. Bricklin requested financial support from the New Brunswick government, but due to the lack of production, they were unwilling to help. So the cost of the car continued to rise.

In the end, the high cost to build, rising fuel prices, and low production drove Bricklin into a debt of $23 million.

During its production life span with ended in 1976, 2854 examples were produced, far from its goal of 50,000 units. Just like the DeLorean, a vehicle that had similar styling and features and was produced a few years after the Bricklin, it was a popular and revolutionary vehicle. Unfortunately, neither was able to be produced in large enough quantities to be profitable.
by Daniel Vaughan | Jul 2005

The Bricklin is a gullwing sports car that was designed by legendary designer Herb Grasse and manufactured in St. John, Canada for exclusive sale in the United States by General Vehicle Corporation. Production at the plant began in mid 1974 and cont....[continue reading]