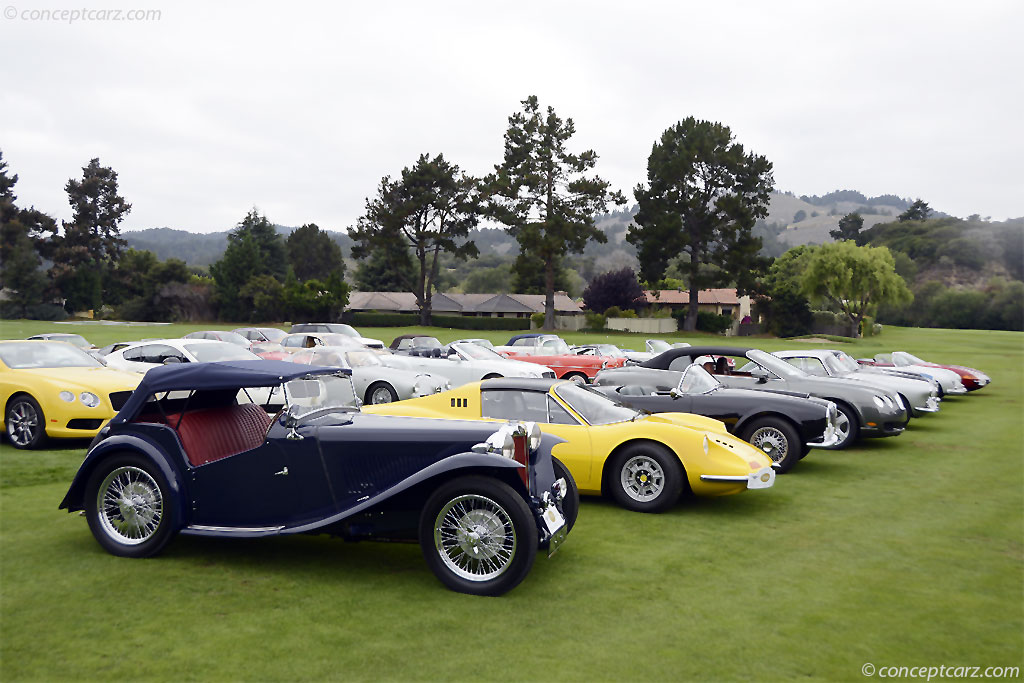 The T series of MG Midgets started with the 1,292 cc TA in 1936 and ran on until the last of the TFs in 1956. These MGs set the fashion for sports cars in the 1930s and 1940s and were phenomenally successful in many forms of motor sport throughout t....[continue reading]

World War II brought an end to automobile production. What it also meant was that innovation and progress came to an end while attention was turned to war-time efforts. When the war came to an end, there was a shortage of raw materials and the Britis....[continue reading]

This 1947 MG TC is one of the 1146 MG TC's sold on the home market. Virtually all of the TC's were exported due to England's war debt. The engine is a 1500cc modified racing engine tuned to produce 80 horsepower. The stock engine produced 54 horse....[continue reading]

This MG TC was exhibited extensively over 50 years of ownership by David Gumz. It has amassed an astonishing 46 trophies, including 17 first places and Pebble Beach Concours Best in Class in 1971. It has been on 40 rallies - even as far as Vail, Colo....[continue reading]

The first MG T-Series Midget was the TA of 1936. It had the classic lines of its successor, the J2. The TC midget was announced late in 1945 and based on the 1250cc XPAG-powered Model TB. It had an improved suspension incorporating Luvax-Girling hydr....[continue reading]