In 1926 Siata; Societa Italiana Applicazioni Trasformazioni Automobilistiche was founded by Georgio Ambrosini in Turin. This company was begun to manufacture tuning accessories for Italian vehicles. The company was famous for their cylinder heads with overhead valves for the 500A and they also used superchargers for some applications. Several prototypes were constructed based on the Topolino which included some examples of the 500 Gran Sport in 1937 which was a spider with a rocket-like body and a 636cc engine. One of these models, with a body by Zagato won its class in the 1937 Mille Miglia driven by Piero Dusio. From 1950 until 1958 the Siata Daina was produced and built in both Coupe and Convertible bodystyles. Power came from a Fiat 1400 pushrod engine that was tuned by Siata and joined to a floor shift five-speed gearbox. A four-speed gearbox finished off the sports model. The majority of the convertibles were given coachwork by Stabilimente Farina while most coupes were bodied by Bertone. The Siata Daina was introduced to complement the smaller Amica. A GT car, the Daina was built both as a coupe and a trasformabile (convertible). Both of these bodies were created by Stabilimento Farina, while the mechanical side was once again taken from a Fiat, this time the 1400. When Stabilimenti Farina closed production is was passed on to Carrozzeria Balbo. The engine inside the Daina was a 1393cc unit with 65bhp and a five speed gearbox. The Rallye 1400 model in 1951 was modified in the body-style so it was more similar to the MG TD. The Daina range was also further enhanced with the addition of versions with stretched chassis', a limousine that stretched to accommodate six seats, and an estate version.
The design was once again updated in 1952 with the release of the Daina Sport, a two seat coupe, and the 1400 Gran Sport' a cabriolet. Once again, both versions were by Farina, and utilized the 1400 mechanicals and engine, but the engine in the Daina Sport was increased to 1500cc and now produced 75bhp. Several cars were also built using American engines, including units from Crosley and Chrysler, while the final few production vehicles had bodies by Bertone. The total production numbers were around 200 cars.
A spider version was also a built, a GT saloon with the body by Bertone along with a variant with a Chrysler powerplant and around 32 of these examples were built.By Jessica Donaldson

Sold for $224,275 (€173,600) at 2012 RM Auctions at Monaco.
Ernie McAfee was Siata's West Coast distributor in the USA. The American-based press gave high praise to the Siata models for their styling, performance, and handling. This, along with their competition success, made them highly desirable. The Daina, in open Gran Sport and Coupé form, with bodies by Stabilimenti Farina, Bertone and others, exemplified Siata. Their place in history was cemented with a first in class and third overall victory at the inaugural 12 Hours of Sebring in 1952. The Diana, piloted by Dick Irish and bob Fergus, managed to lap a Ferrari 166 and a Jaguar XK120 in the process. This alloy-bodied Sport Coupé 1800 wears coachwork by Bertone. Though elegant and attractive, perhaps one of its most appealing features is the ownership history. The car has had just one owner from new. It has been given proper maintenance and a recent restoration. Power is from the original 1817cc Siata-tuned Fiat overhead valve four-cylinder engine breathing through twin carburetors. It is finished in two-tone paint complemented by wire-spoke wheels, a restored interior with square-weave carpeting and features including a racing-style quick-release petrol-filler cap, full instrumentation and a Pianola solid-state AM radio. There is a five-speed manual gearbox with overdrive on fifth and four-wheel hydraulic drum brakes.In 2012, the car was offered for sale at RM Auctions in Monaco where it was estimated to sell for €80.000-€100.000. As bidding came to a close, the car had been sold for the sum of €173.600, inclusive of buyer's premium.
By Daniel Vaughan | Jul 2012

The Siata Daina was produced from 1950 through 1958 and built in both Coupe and Convertible bodystyles. Power was from a Fiat 1400 pushrod engine that was tuned by Siata and mated to a floor shift five-speed gearbox (the fifth gear was overdrive). The sports model was finished with a four-speed gearbox. Many of the convertibles were given coachwork by Stabilimente Farina while most coupes were bodied....
Continue Reading >> 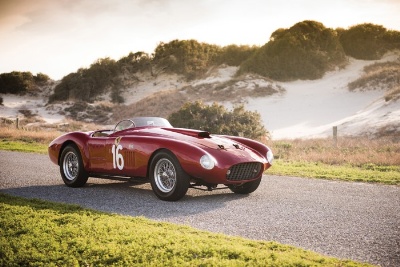 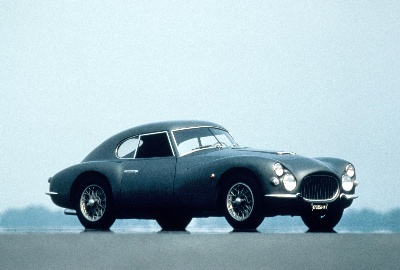 Concours delegance, parades and special races on roads closed to traffic this is the packed programme reserved for the historic cars arriving at the medieval Dyck castle Alfa Romeo takes part with four precious models the prototype 750 Competizi... 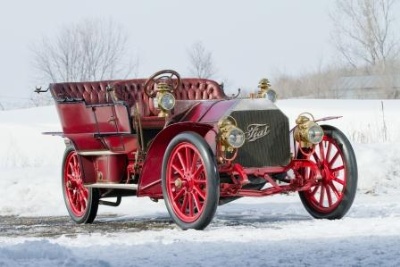 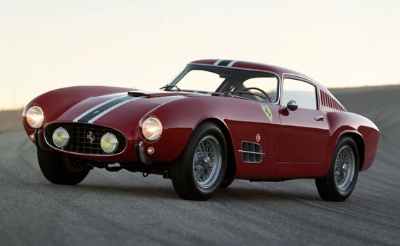 RM Auctions announces a rare and coveted 1956 Ferrari 250 GT LWB Berlinetta Scaglietti Tour de France as the latest feature attraction for its Monterey sale, August 17–18 The first 14-Louver TdF built and one of just nine examples of its kind,...
© 1998-2021. All rights reserved. The material may not be published, broadcast, rewritten, or redistributed.