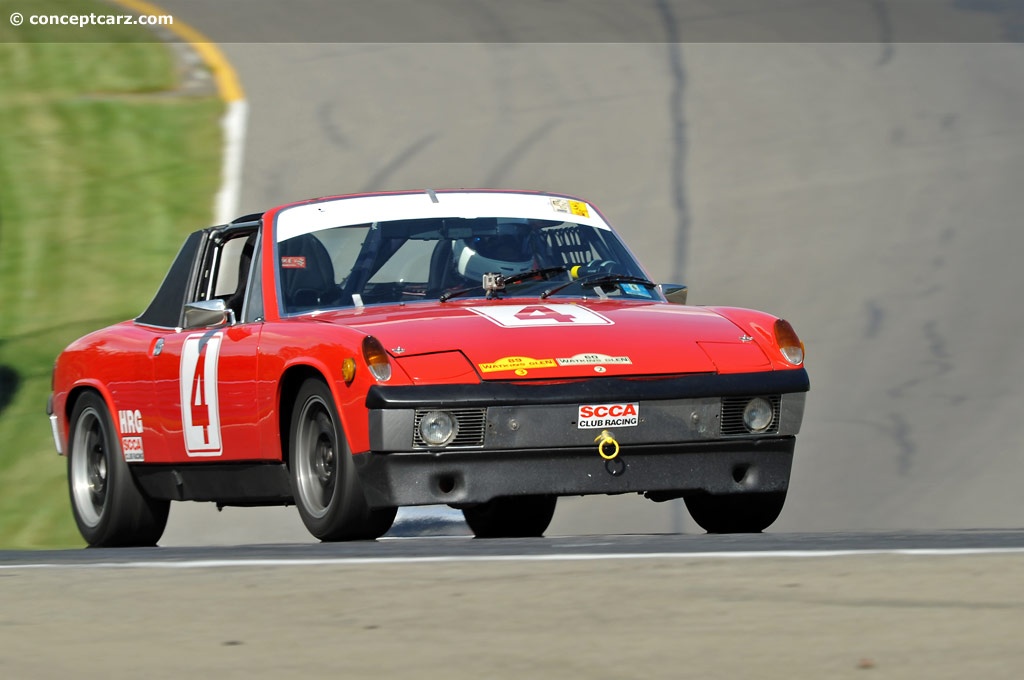 After production of the 356 came to a close in 1965, Porsche relied on the 912, which was essential a four-cylinder 911, as its entry-level model. In need of an all-new model to attract young buyers to their showrooms, they formed a relationship with Volkswagen, who was also in need of a model replacement. Volkswagen would market and sell a four-cylinder version while the 6-cylinder examples would be sold as entry-level Porsches. Porsche lacked the finances to develop the car, so a verbal agreement was formed with Volkswagen to finance the tooling and manufacturing. The chairman of Volkswagen passed away well into the development of the new car, paving the way for a new chairman who had no such loyalty to an old handshake agreement. The 914 project was soon canceled leaving Porsche stuck with the bill to develop and build the new sports car, ultimately leading to a price increase that brought it dangerously close to that of the 911.

Following its difficult gestation period, the 914 proved to be a brilliant automobile. It was lightweight, fuel-efficient, and even practical with two trunks and a removable roof panel. The mid-engine design provided balanced handling and exceptional performance.

Power was initially from a fuel-injected 1.7-liter Volkswagen Type 4 flat-four-cylinder engine delivering 80 horsepower. The 914/6 examples used a 2.0-liter air-cooled Type 901/3 flat-six engine from the 911T of 1967 through 1969. With revised pistons that lowered the compression ratio, smaller Weber carburetors, and new camshafts the engine produced 110 horsepower.

Both the VW and Porsche engine was placed amidship in front of the 911's Type '901' gearbox. Karmann produced the rolling chassis at their plant, with the final assembly being completed at Volkswagen or Porsche. The 914/6 versions had larger brakes and lower gear ratios to cope with the greater weight and higher power output of the six-cylinder engine. Additionally, they had ignition on the left side of the steering wheel and five-lug wheels.

Production of the 914/6 was discontinued in 1972 due to steep production costs and slow sales. It was replaced for 1973 by a variant powered by a new 2.0-liter fuel-injected version of Volkswagen's Type 4 engine delivering 100 horsepower. The following year, the 1.7-liter engine was replaced by a 1.8-liter unit delivering 85 horsepower. U.S.-destined cars used the new Bosch L-Jetronic fuel injection system to help comply with emissions control.

The 1973 Porsche 914 with the 1.7-liter engine had a base price in the U.S. of $4,500. The 2.0-liter version was priced approximately $500 higher. Both engines were backed by a four-speed manual transmission and steering was by a rack and pinion system. Disc brakes were located at all four corners.

Chrome or painted bumpers were used from 1970 through 1974. In 1973 the front of the car's gained bumper guards and the rear received similar treatment the following year. The headlight surrounds were white to mid-production of 1973 and subsequently black. Cars produced from early 1972 forward had a movable passenger seat.

Another change for 1973 was from the previous 'tail shifter' to the 'side shifter' gearbox.
by Daniel Vaughan | Jul 2020

This car is a clone of a Jagermeister-liveried 914/6 GT that raced in Europe for three years (1972-74). It was modified and restored by a young German mechanic 'inch-by-inch' of the original. Today the car is auto-crossed, shown at Concours d'Elega....[continue reading]

1973 Porsche 914 2.0 is powered by a 1,971cc overhead valve flat 4-cylinder engine with Bosch Fuel Injection producing 95 horsepower at 4,900 RPM. The engine is backed by a five-speed manual transaxle and braking is handled by ventilated disc brakes.....[continue reading]