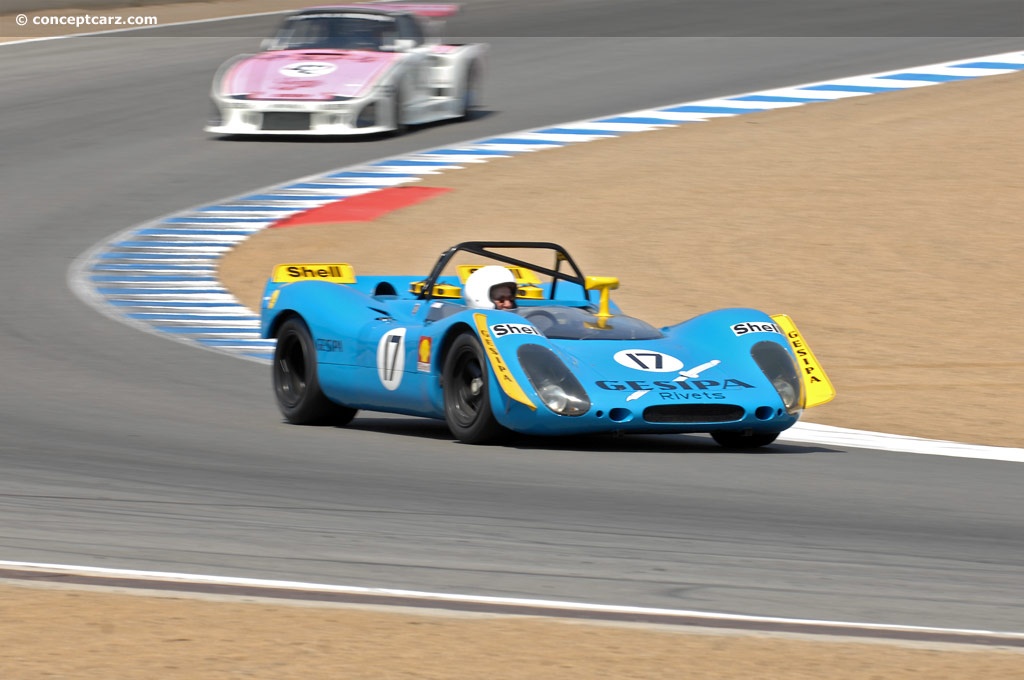 The Porsche racing legacy began with the very first cars that it produced. Dr. Ferry Porsche was the company creator and racing enthusiast who understood the benefits of racing participation. Prior to the 908, the Porsche victories had been in their class rather than overall wins, due to their small engines when compared with their competition.

The 908 was identical to the 907 both in long and short tail form, except for the engine. The eight-cylinder, three-liter 908 was Porsche's first attempt to win The World Manufacturers' Championship. In 1967, Hans Mezger, an employee of Porsche and an individual who would later design the 917 Type 912 12-cylinder, began the design and production of their power-plant that would finally equal the competition and make it a contender for the overall victory. The three-liter engine was a modified version of the four-cam six-cylinder engine that had been used in the Type 901 flat-six used in the 911. With dry-sump lubrication, titanium rods and bolts, aluminum heads and cylinders, and sodium-filled valves, the engine was technologically advanced, lightweight, and rugged. The bore was enlarged to 84 mm and fitted to the 907's six-speed transaxle. However, from 1969 a new five-speed gearbox was used.

The 908/3 engine produced 350 horsepower which was low when compared with the other Manufacturers engines. The reason the 908 was competitive was that it was light and its power-to-weight ratio was better than most.

The racing history for the 908 began at the 1968 Nueburging 1000km. The short-tail coupe driven by Vic Elford and Jo Siffert won the event. Another race in Austria had Stiffert finishing first and Kurt Aherns finishing second. By now, the shortcomings of the 908 were evident. It suffered from crankshaft-induced torsion vibrations causing many of the engine components to fail, including the alternator. There where aerodynamic instabilities, wheel bearing failures, gearbox failures, and frame breakage. These issues were addressed in time by changing the firing order of the engine, adding fins and fifteen-inch wheels, and using a new Type 916 transaxle.

For the 1969 season and with a year worth of 908 growing-pains realized, it was ready for victory. Unfortunately, the 908 was unable to capture the checkered flag at Daytona or Sebring. The 917 was debuted at the Geneva Auto Show and the 908 was becoming old news. The mechanical shortcomings in the 908 were once again addressed and the remainder of the season was positive. A win at Targa Florio along with many other victories earned Porsche with its initial FIA World Manufacturers Crown.

The 908 had an illustrious career both on the race track and as a movie star. Porsche 908#022 was used in Steve McQueen's film about LeMans. The movie was to be a documentary of the 24-hour race. In preparation for the movie and for LeMans, Steve raced the 908 during the 1970 season. The vehicle was DNF'ed at Riverside International Raceway due to a gearbox failure. A first-place finished was achieved at the Phoenix International Raceway. At the Sebring International 12 Hour Endurance Race, another amazing race, it was Ferrari with Mario Andretti behind the wheel who would emerge victorious by a mere 22 seconds. The 908 placed second overall and first in the Sports Prototype class. 908.022 was entered in LeMans but Steve McQueen was unable to race. The film's backers did not want to take the chance of having their movie star injured or worse. So Herbert Linge and Jonathan Williams drove 908.022 to a ninth-place finish. The pit stops for 908.022 were longer than most due to the additional duties involved such as changing the camera film. McQueen's LeMans paid homage to the greatest endurance race in the world, the greatest cars of the time, and the greatest drivers. It is an excellent souvenir, documentary, and memento.

The entire racing career for the 908 included eleven championship victories over a span of four years. One of the closest and memorable LeMans race was in 1969 where the 908 finished in second place. The 917 had been retired after hour 22 due to clutch failure. The race came down to a Ford GT 40 and the Porsche 908. The John Wyer's Ford GT 40 finished less than 70 yards in front of the 908. The LeMans race would ultimately become the one that would forever elude the 908.

The 908 is one of many great Porsches from the 1960's. The 904, 906, and 917 often overshadow the 908's success. The mechanical difficulties that plagued the 908 kept it from achieving some important victories but its accomplishments are undeniable and legendary.
By Daniel Vaughan | Feb 2008

This 1969 Porsche 908LH is powered by a 2997cc engine mounted mid-ship with twin overhead camshafts and fuel injection developing 350 horsepower while riding on a 90.4 inch wheelbase and weighing 1350 pounds. Despite using engines no larger than 2.2-....[continue reading]

This example of the 908 was originally a langheck or long tail and was campaigned by the factory in World Manufacturing Championship races. It was developed for the higher speeds of tracks like Le Mans, Monza and Spa, reducing aerodynamic drag. The r....[continue reading]

Porsche 908/2-10 debuted in 1969 with the Porsche Werks team where it performed admirably throughout the season. It took 2nd at Brands Hatch with Vic Elford and Richard Attwood and 7th in class at the Targa Florio with Lins and Larrouse and 3rd overa....[continue reading] 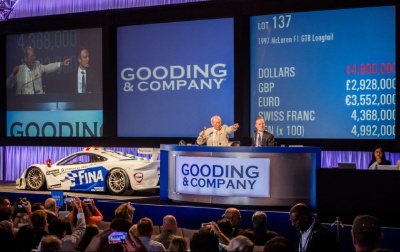