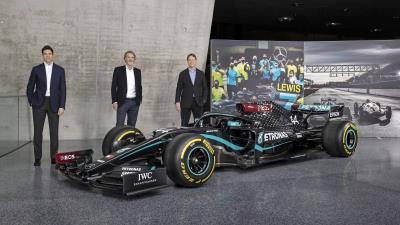 The Mercedes-AMG Petronas Formula One Team is delighted to announce that INEOS will become a one third shareholder in the team, which will be owned in three equal parts by Daimler AG, INEOS and Toto Wolff. The INEOS one-third stake in the team will be in addition to its existing role as Principal Partner. In parallel, Daimler will reduce its current 60% shareholding and Toto Wolff increase his current 30%, in order to create three equal partners in the company. Since the Mercedes-Benz work...
Continue Reading >>
Honda F1 Program Wraps Successful 2020 Season 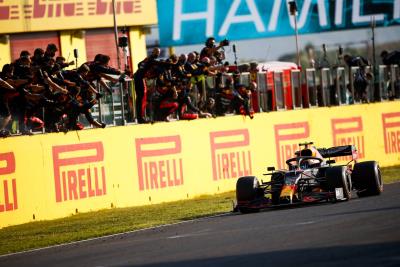 Honda-powered team second in Constructors' World Championship for first time since 2004   Most podium finishes for Honda since 1991 The 2020 Formula 1 World Championship was one of the most challenging in decades as the global COVID-19 pandemic delayed and then compressed a 17-race season into 23 weeks of competition. But showing the challenging spirit inherent in Honda's philosophy, the engine manufacturer responded with one of its most successful seasons...
Continue Reading >>
Honda, Verstappen Romps To Win in F1 Season Finale 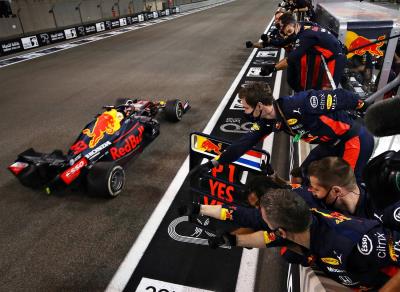 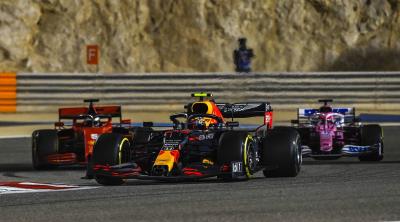 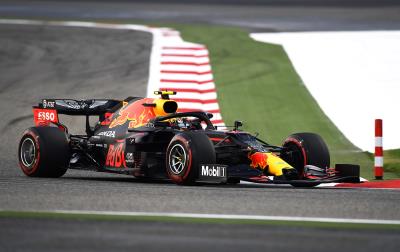 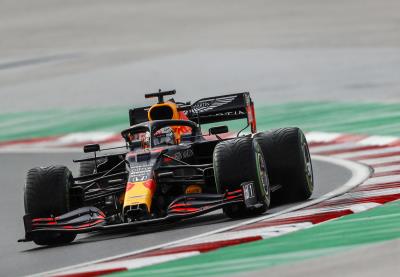 • Max Verstappen fourth front-row start of 2020 •Alex Albon posts best finish in last five starts Wet conditions and a tight race track made for a trying day at Istanbul Park Sunday, but the Honda-powered Formula 1 teams were able to make strong qualifying runs hold up for a pair of top-seven finishes in the Turkish Grand Prix. The Aston Martin Red Bull squad was poised for a strong afternoon as Max Verstappen gridded second while Alex Albon took the fourth starting spot – marking the tea...
Continue Reading >>
W Series Announces Partnership With Formula 1 For 2021 And Beyond 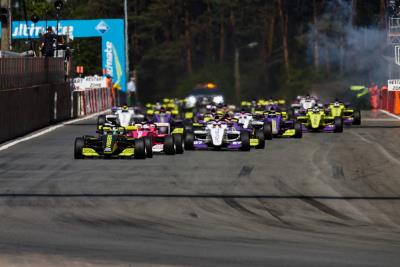 W Series, the international single-seater motor racing championship for female drivers only, is pleased to announce the first details of its 2021 on-track racing season, in partnership with Formula 1. The 2021 W Series calendar will include eight Formula 1 support races. The precise locations and dates of the rounds will be announced in due course. Catherine Bond Muir, W Series Chief Executive Officer, said: 'After such a successful inaugural season 2019, we at W Series are absolut...
Continue Reading >>
Daniil Kvyat Season-Best Fourth For Honda F1 At Imola 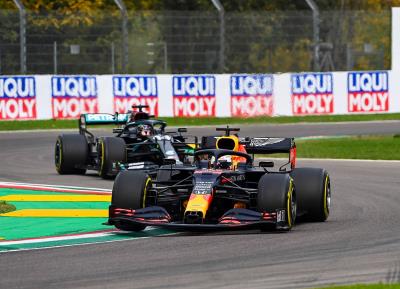 Pierre Gasly matches career-best starting position Max Verstappen running second when tire failed 11-race podium streak snapped Halloween was the day before, but the Fates saved the tricks for Sunday as Honda's Formula 1 teams suffered a pair of unkind results in the Emilia Romagna Grand Prix at Imola. The day did have a late treat however, and despite failures that stole potential podium finishes from Max Verstappen and Pierre Gasly, Scuderia AlphaTauri's Daniil Kvyat parlayed a la...
Continue Reading >>
Kimi Räikkönen And Antonio Giovinazzi To Race With Alfa Romeo Racing Orlen In 2021 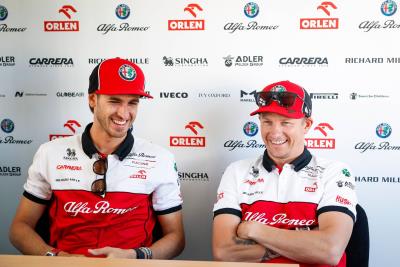 Kimi Raikkönen and Antonio Giovinazzi have been confirmed as drivers of the Alfa Romeo Racing ORLEN Formula One team for the 2021 season. The most experienced driver in the history of Formula One (F1), Kimi Raikkönen made his F1 debut in 2001. The 41-year-old Finn, World Champion in 2007, has been an invaluable contributor to the team over the last two seasons. Kimi Raikkönen: 'Alfa Romeo Racing ORLEN is more than a team to me, it is like a second family. So many of the faces that...
Continue Reading >>
Alfa Romeo Extends Partnership With Sauber Motorsport For 2021 Formula One Season 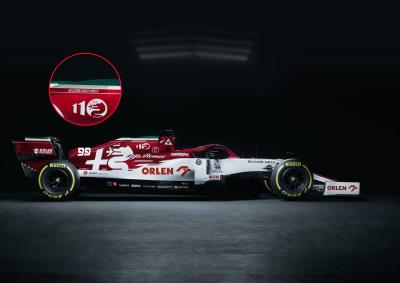 •At the 2020 Imola Grand Prix, the C39 race car will showcase a celebratory livery designed by the Alfa Romeo Centro Stile Alfa Romeo and Sauber Motorsport will join forces, once again, for the Formula One World Championship. The partnership between two of the most recognized brands in motorsports started in 2018, when Alfa Romeo joined the team as title sponsor. The past two years the team has scored hard-earned points in both the driver and constructor championships, battling for a top eigh...
Continue Reading >>
Pair Of Top-Five Finishes For Honda In F1 Portugal GP 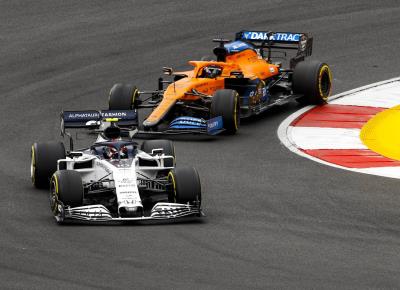 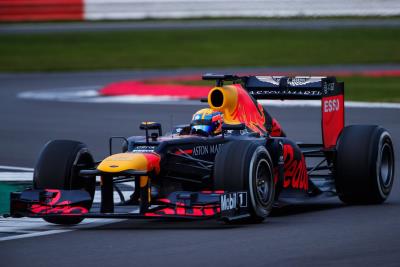 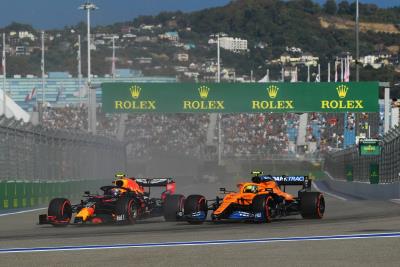 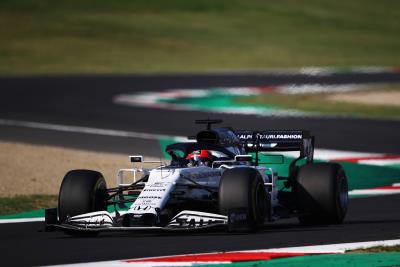 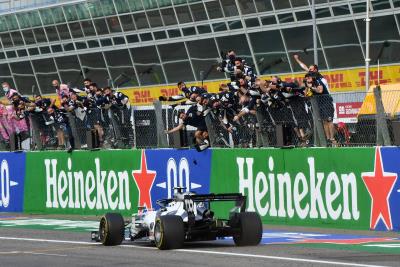 • Gasly leads final 26 laps to score maiden F1 win •Honda first engine manufacturer in hybrid era to win with two different teams •Gasly first French driver to win F1 race since 1996 In a topsy-turvy year, Sunday's Italian Grand Prix will be remembered as one of the most interesting of the new decade as Scuderia AlphaTauri's Pierre Gasly took his Honda engine to the first win of his young career. Gasly took the lead on Lap 29 when Lewis Hamilton pitted to serve a penalty for entering a c...
Continue Reading >>
Max Verstappen Earns Sixth Straight Podium For Honda 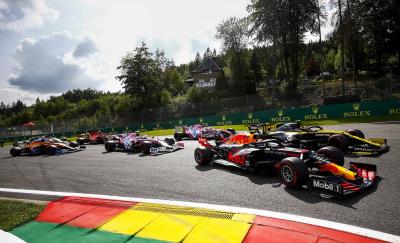 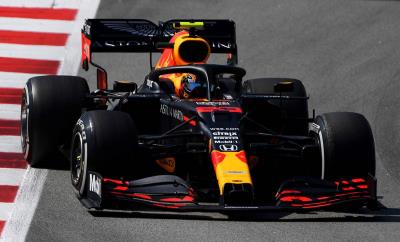 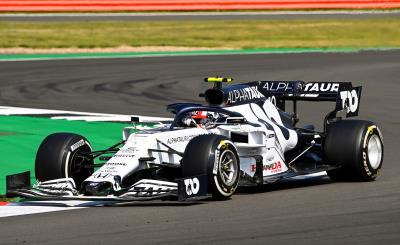 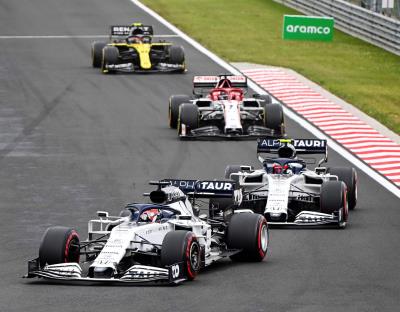 •Disaster averted when Aston Martin Red Bull team fixes car on pre-race grid •Max Verstappen earns season-best result after starting seventh •Alex Albon gains eight spots to finish fifth in Red Bull Honda July 19, 2020 — MOGYOROD, Hungary The moments leading to the start of a Formula 1 race are usually fairly sedate ones as everything that can be done to help a team win has usually already been done. But thanks to Max Verstappen's spin on his way to a wet pre-race grid, the 20 mi...
Continue Reading >>
Max Verstappen Earns Podium Finish For Honda In Austria 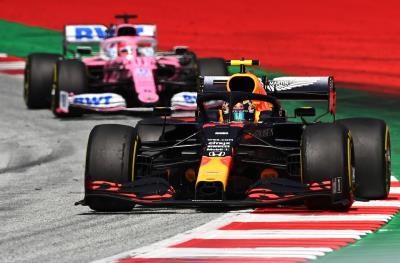