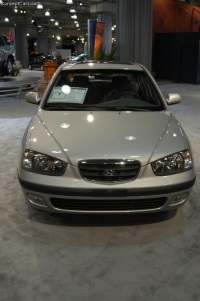 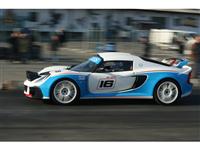 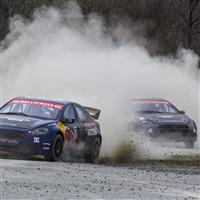 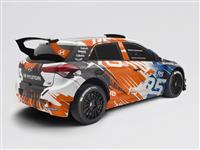 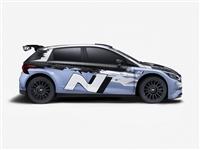 Skoda RE-X1 Kreisel
source: WRC.com
Preparations for the hard-fought season begin months before the first rally. The governing body, the FIA approves routes, stages and final locations of the 16 rallies around the world, and passes on a copy of the proposals to the manufacturers.

Each rally must allow two days for the reconnaissance (or recce), one day for technical checks (or scrutineering) and three days for competition. The rally is divided into three legs, and typically has between 15 and 25 special stages.

The manufacturer-backed factory teams will enter two or three cars each, and arrive on location weeks before the start of a rally for on-site preparation. The competing World Rally Cars are seeded and start the event according to their ranking, with the leader of the drivers' championship setting off first. Often there are up to 90 cars taking part - the rest of the field made up of the Junior Rally Championship (smaller, lower-powered cars for younger drivers), or the Production Car World Rally Championship and private teams.

The Recce
Driver and co-driver familiarise themselves with the stages before the start of the event. They drive the leg in a standard road-car (fitted with extra safety equipment) in the three days preceding the rally. It is here that the co-driver jots down detailed pacenotes for use on the stage itself.

The Stages
The special stages are the competitive sections of the rally - where the drivers and co-driver drive as fast as possible to achieve the quickest time. They take place on private roads or public roads, which are closed to the general public while the rally is in progress. A typical rally will have about 25 special stages over three days. The stages are linked by public roads - called road sections - on which competitors must obey all local traffic laws. Each day contains about 400km of driving - a third of which are the competitive special stages. Stages vary in length from five to 60kms, with the cars' times being recorded after each stage to the tenth of a second.

The ClockForget about 'first across the line'. WRC cars don't race directly against each other. They compete against the toughest opponent of all - time. Cars start at one or two minute intervals, racing against the clock, their times monitored and entered into the FIA computer. Unless they run into trouble, rivals rarely see each other during a stage. At the end of an event, the driver who's taken the least amount of time to complete all the stages is the winner.

The Points
Results achieved during each of the 16 rallies count towards the two FIA world championships - one for the drivers and one for the manufacturers. Drivers get 10 points for coming first, eight points for second place, six points for third, five points for fourth, four for fifth, three for sixth, two for seventh and one for eighth. A manufacturer can add up the points tally from two nominated cars.

The Time Controls
A rally itinerary is governed by a strict timetable. Drivers get time penalties for being late (or early!) to clock in to the start of the special stage and at the entry and exit of service parks. Late arrival at these controls is typically penalised with 10 seconds on every minute over and is added to the overall time of the driver. Drivers can be excluded from a rally if they are 15 minutes late for a time control, 30 minutes late for a leg or 60 minutes for an entire rally.

The Service Parks
After each group of stages is completed, the cars can visit a designated service park where repairs may be carried out by the teams under strict supervision during a 20-minute time period. At the end of each day the crews are allowed a longer 45-minute period to work on the cars before they are locked away in the guarded 'parc fermé' until the following morning's restart. Crews are punished with time penalties for exceeding these alloted times.