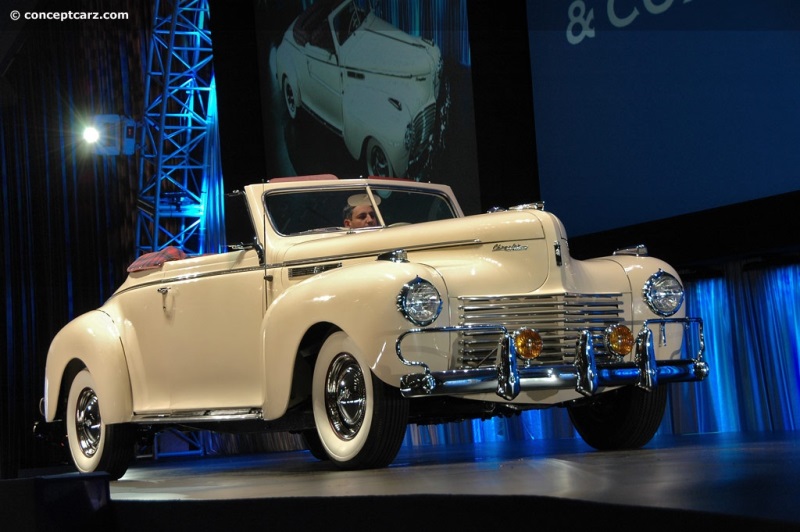 Chrysler's attempt at offering a modern and aerodynamic vehicle with advanced styling during the mid-1930s was unsuccessful. While the Chrysler Airflow had witnessed limited sales, Ford's attempt was successful, with its Lincoln-Zephyr being very popular. Through the late 1930s, Chrysler went back to offering more conventional models.

Six and eight-cylinder models were offered in 1940 on wheelbase sizes of 122.5-, 128.5- 139.5-, and 143-inches. Both the six-cylinder Royal and Windsor were offered in standard and long-wheelbase lengths (122.5-inches and 139.5-inch respectively), and the Highlander added Scotch plaid and moleskin leather upholstery. Eight-cylinder Chryslers included the New Yorker, New Yorker Highlander, Saratoga, and the Traveler. These eight-cylinder models rested on the 128.5-inch wheelbase platform and had styling similar to the Chrysler Sixes with the addition of front fender parking lights and a slightly longer footprint.

The six-cylinder engine displaced 241.5 cubic-inches and delivered 108 horsepower in standard form (112 hp with the optional higher compression ratio utilizing the 'Silver Dome' aluminum head). The 323.5 cubic-inch eight-cylinder engine had an L-head design, cast-iron block, six main bearings, solid valve lifters, and a Stromberg carburetor. It developed 135 horsepower at 3,400 RPM or 143 horsepower with the higher-compression setup. The C-27 Crown Imperial also used a 323.5 CID inline-8 with either 132 or 143 horsepower depending on the configuration. The engine was backed by a Fluid Drive transmission, while the other engines received a three-speed manual with synchromesh. Lockheed hydraulic brakes on all four wheels provided the stopping power.

The 1940 Chrysler New Yorker, powered by the eight-cylinder engine and resting on the 128.5-inch platform, was offered as a two-door coupe with seating for either three or six passengers, a convertible coupe, Victoria Sedan, and a Formal Sedan. Prices began at $1,175 for the three-passenger coupe and rose to $1,335 for the formal sedan. The New Yorker received an upgraded interior and Fluid Drive was optional.

The New Yorker Highlander was available as a six-passenger coupe priced at $1,260, a sedan at $1,285, and the convertible coupe.

Styling changes for the 1940 Chryslers included sealed beam headlights, large front fenders with recessed headlamps, and longer hoods. Although appearances were similar, models could be distinguished from their siblings by the model names appearing on each side of the hood near the front end. Standard equipment included Solar Spark ignition, dual sun visors, dual windshield wipers, dual taillights, and hydraulic brakes. Conventional running-boards were optional. Cars without the running boards had chromed trimmed rocker panels.

Automobile production resumed in late 1945 following the end of World War II. The cars that were produced during those first few years were basically updated, slightly modified, versions of the 1942 cars. It would be several years before most automakers introduced a new product. Production of the New Yorker began in January of 1946 and was Chryslers top-of-the-range model. It was offered in....
Continue Reading >>

The Chrysler New Yorker has faced amazing success in the four decades it has remained in the auto industry. Introduced originally as the New Yorker Special in 1938, the name was eventually simplified to just the New Yorker. Americas longest continuously used nameplate, the New Yorker has kept this title for 58 years. In 1939, Chrysler began to manufacture vehicles in Mexico and until the early....
Continue Reading >>

Chrysler's Airflow models had been aerodynamically advanced, yet its styling was controversial and proved to be unsuccessful in attracting customers. Through the late 1930s, Chrysler focused on building more conventional models to re-establish the co....[continue reading]

RM Auctions returns as the official auction house of the Amelia Island Concours dElegance, March 9, 2013 Single-day sale features breathtaking roster of more than 80 investment-quality collector cars Notable highlights include an outstanding s...
© 1998-2022. All rights reserved. The material may not be published, broadcast, rewritten, or redistributed.