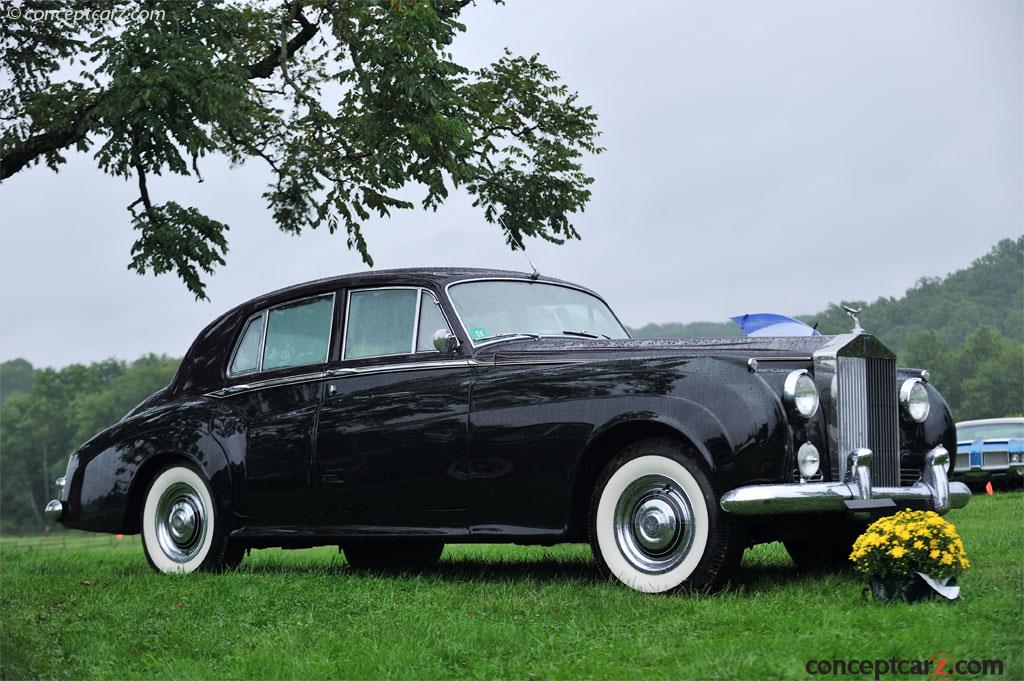 Ever since its founding in 1906, Rolls-Royce has always sought after the highest standards of elegance and luxury. The Silver Cloud would have to be considered its standard-bearer and the image of the brand during the 1950s.....[continue reading]

One of only one percent of all Silver Clouds were truly given bespoke coachwork. This drophead coupe wears coachwork by Freestone & Webb and is one of just three with this body style, two produced for the Cloud I and a third on a Bentley S1 chassis. ....[continue reading]

This Rolls-Royce Silver Cloud I Saloon came equipped from the factory with air conditioning and Sundym glass. It was delivered by Kumpf Motor Car Company, of Denver, Colorado and was originally owned by Daniel V. Edmundson of Ponte Vedra Beach, Flori....[continue reading]

The Silver Cloud, manufactured from April 1955 to March 1966 in three different series, was the last Rolls-Royce model from Crewe made available as a separate chassis. It replaced the Silver Dawn and was eventually replaced by the Silver Shadow. Amon....[continue reading]

The Silver Cloud was the zenith of prestige and luxury, carrying on the Rolls-Royce names from 1955 - 1965. The elegant body, designed by John Blatchley, masked a 4.9-liter inline 6-cylinder engine from the pre-WWII Silver Wraith, four-wheel drum bra....[continue reading]

This Rolls-Royce Silver Cloud I wears a Sedanca Coupe body, style number SC20, by James Young. Only two examples were produced and both were built for American clients. One of the distinguishable features was the sliding roof panel over the driver's ....[continue reading]

Total 1958 Rolls-Royce Silver Cloud I production: 0
© 1998-2020. All rights reserved. The material may not be published, broadcast, rewritten, or redistributed.