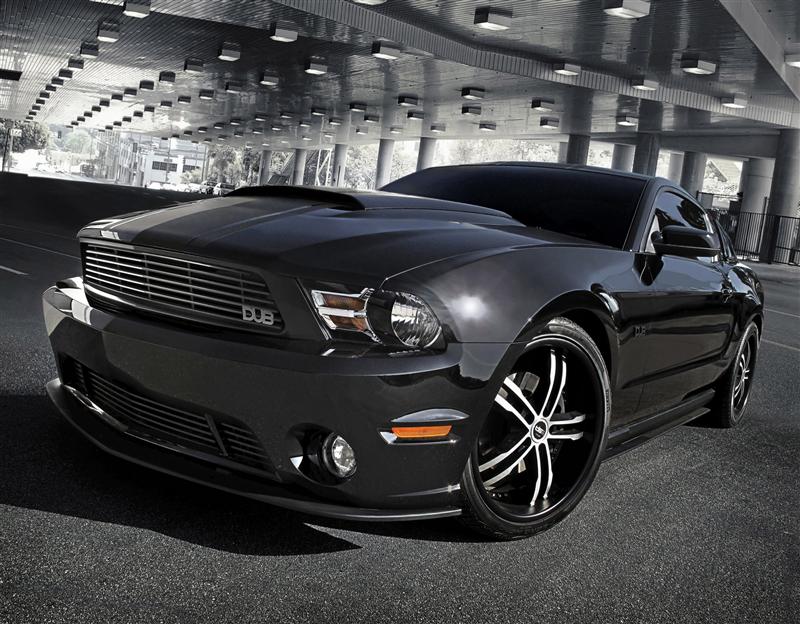 * Ford showcases the new 2011 Ford Mustang V-6 through extensive digital advertising and social media, television commercials and print ads
* The new V-6 Mustang is the first car ever to deliver an unrivaled combination of 305 horsepower and 31 mpg highway
* Three print ads for the new 2011 Mustang GT 5.0 emphasize the vehicle's unprecedented 412 horsepower and 26 mpg with the tagline: All Legend. No Compromise
* The new specially customized 2011 DÚB Edition Ford Mustang V-6 and 2011 Ford Mustang 5.0 that DÚB Magazine tricked out for Grammy-winning artist Nelly will be on display during a tour for the magazine, which travels throughout the country through November

DEARBORN, Mich., May 3, 2010 – A new breed of Mustang takes center stage in a Ford ad campaign designed to attract even more sports car fans to the iconic brand. As part of the campaign, the TV ad also includes an appearance by the new DÚB Edition Ford Mustang V-6, which is available this fall.

'We're introducing a whole new breed of Mustang with the V-6 – one that adds technology and fuel economy to the ‘fast, fun and affordable' heritage that has made Mustang America's favorite pony car for 46 years,' said Steve Ling, Ford car marketing manager. 'We will be reaching out to a broad audience because this vehicle is going to appeal to a variety of different people.'

Ford will use extensive digital advertising and social media to share the Mustang V-6's strong technology story with mainstream consumers, and there is quite a story to tell – from the advanced powertrains that deliver unsurpassed horsepower and fuel economy to the 11 class-exclusive features, including SYNC®, Glass Roof, HD Radio® and MyKey™.

Digital advertising will target younger enthusiasts and women. All ads will ultimately direct people to the Mustang website at www.fordvehicles.com/Mustang where they will find more detailed information about the vehicle, engineering commentaries and animations that show the technology behind the engine's power and fuel economy.

The Ford Mustang Facebook page, which already has more than 450,000 fans, provides an ideal forum for sharing information about the improved capability and refinement of the 2011 Mustang – from a 12 percent stiffer chassis, upgraded brakes, suspension and steering enhancements, to sound deadening and aerodynamic improvements that all add up to a better riding, better handling and better sounding sports car.

'We have Facebook fans from all over the world, and we will keep them informed and engaged on the site in a variety of ways, including videos, Web chats with our engineers and unique promotions,' said Ling. 'Facebook also allows us to keep our Mustang fans informed about upcoming racing and enthusiast events.'

2011 Mustang V-6 showcased in television ads and grassroots events
Television commercials for the sporty new 2011 Ford Mustang V-6 – the first-ever car to deliver an unrivaled combination of 305 horsepower and 31 mpg highway – have already started airing and included an appearance by the new 2011 DÚB Edition Mustang, a special edition collaboration between Ford, DÚB and Roush Industries.

'The television ads are designed to reach new Mustang buyers, from those who want to achieve better fuel economy and lower running costs to enthusiasts who are interested in everything the V-6 has to offer,' said Patricia Piedrahita, Ford car communications manager, noting that the ads emphasize miles per gallon in a way that only Mustang can.

'The ads highlight 31 mpg by showing how it comes to life in Mustang,' she §äid. 'In a Mustang, the M in mpg stands for so much more than miles per gallon. For the 2011 Mustang V-6, it stands for emotions unique to Mustang like aMped and transforMed.'

In addition to the 30-second television ad, an extended 60-second cinema version will launch in selected theaters nationwide starting April 30 during key movie releases, such as Iron Man 2, Sex and the City 2 and Twilight Saga.

The new Mustang also will be involved in a variety of grassroots events, including Komen Race for the Cure®. Through November, Warriors in Pink® is conducting an on-site promotion that will enable one lucky person to win a 2011 Mustang V-6.

'We are proud to have Mustang be a part of Ford's effort to raise awareness about breast cancer,' said Ling. 'It is a great way to demonstrate support for this very worthy cause.'

The 5.0 is back: All legend. No compromise
The 5.0 V-8 is back, and it's better than ever with an all-new engine that uses twin independent variable camshaft timing to deliver an amazing 412 horsepower and 26 mpg. The advertising campaign for the new 2011 Mustang GT 5.0 will showcase that prowess in three print ads featuring the tagline: All Legend. No Compromise.

'Hard-core Mustang fans have been waiting for the new 5.0 engine, so we will be advertising in a variety of enthusiast magazines, such as MOTOR TREND, CAR and DRIVER and Popular Mechanics,' said Piedrahita. 'And we will continue to have a strong presence at many enthusiast events, including NASCAR, NHRA, Formula Drift, Barrett-Jackson and various club events.'

In addition to print media, the new 5.0 will be featured prominently in digital advertising on enthusiast sites. The 5.0-liter engine also will continue to be highlighted in the Mustang Boss 302R running in the Grand-Am Continental Tire Sports Car Challenge race series.

The 2011 Ford Mustang 5.0 that DÚB Magazine tricked out for Grammy Award-winning artist Nelly will be on display at the show. The vehicle features a glossy black exterior paint job, flat black racing stripes, and 22-inch Pirelli tires in the front and 24-inch tires at the rear. Also part of the tour will be the 2011 DÚB Edition Ford Mustang V-6, which Ford will begin producing in August 2010.

'The Mustang is such an iconic muscle car and has always been a customizer's favorite,' said Myles Kovacs, co-founder and president of DÚB Magazine. 'The DÚB Edition Mustang stays true to its roots, but I think we've successfully brought a ton of hustle to the muscle.'Source - Ford 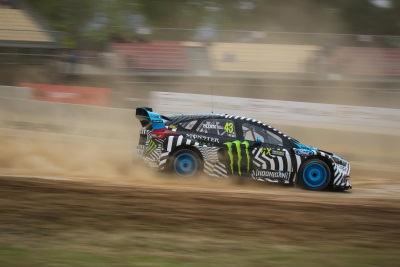 DEARBORN, Mich., Mar. 29, 2017 – American fans of rallycross will be able to watch the full season of FIA World Rallycross Championship Presented by Monster Energy live this year, thanks to Ford... 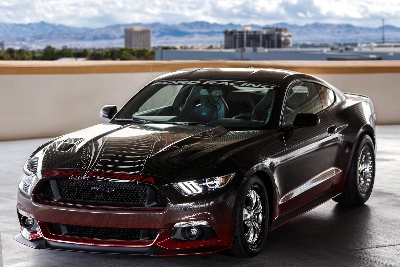 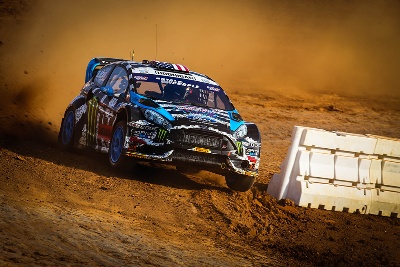 CONCORD, N.C. – July 26, 2014 – It was clear that Ken Block had one thing on his mind during Round 5 of the Red Bull Global Rallycross (GRC) weekend, winning. Block was able to put together a... 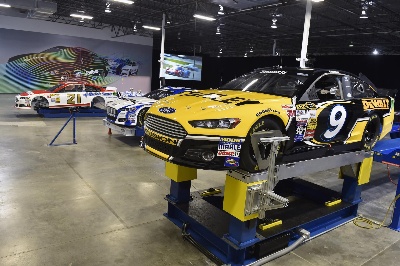 Ford reinforces commitment to racing and performance car development with announcement of new Ford Technical Support Center in Concord, N.C. Expected to be fully operational later this summer, the f...
© 1998-2020. All rights reserved. The material may not be published, broadcast, rewritten, or redistributed.