Landaulet Taxi
At the age of 19, Russian immigrant Morris Markin came to Chicago to work as a tailor. In a short ten years, he had amassed a small fortune providing uniforms to the United States Army during World War I. He purchased Lomberg Auto Body and Commonwealth Motors of Chicago and merged the two, forming the Checker Cab Manufacturing in 1922. A year later he moved the firm to the former Dort Automobile plant in Kalamazoo, Michigan. Production of the Checker Cab would continue until 1982 and parts for other automakers until 2009 when it closed. The Checker Cab was an American icon and was hailed in every large city in the nation and beyond. The Checker Cab cars were originally powered by a four-cylinder Lycoming engine. By the late 1920s, this had been changed in favor of a six-cylinder unit. For 1923, Checker produced the Model H-2, an improved version of the original Checker Model H and was only produced for one year. The cab was based on the original Commonwealth passenger car and fitted with a heavy-duty clutch and suspension to handle the grueling demands of taxi service. On the exterior there was a distinct and memorable checkerboard pattern along the beltline, a logo and little checkered lenses on its parking lamps. At all four corners were solid steel disc wheels. This 1923 Checker is the only example known to survive. It was owned by Checker Motors since 1960 and displayed at the factory and the 1962 Detroit Auto Show. The car was put on display at the Gilmore Car Museum in 1995 and donated to the museum in June of 2010. 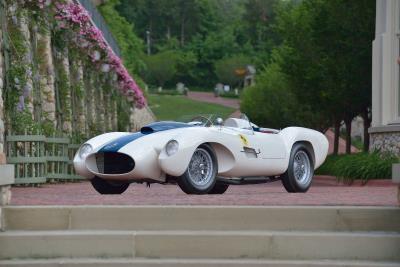