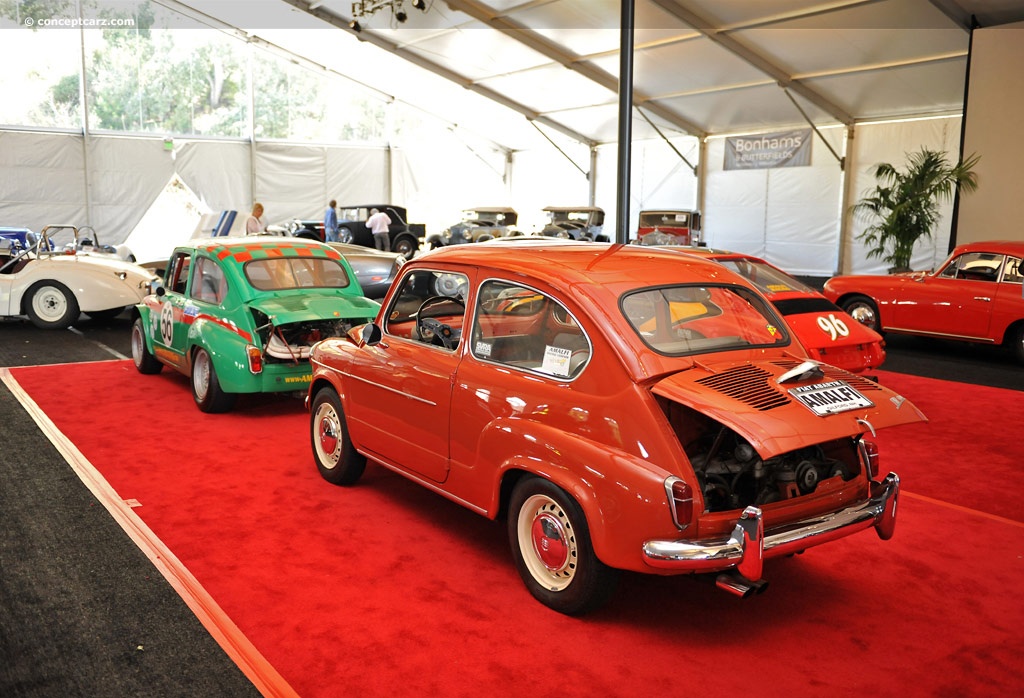 The Fiat 600 was a small and inexpensive automobile that was easy to produce. It was introduced to the public at the Geneva Motorshow in 1955. The automobile was capable of transporting up to six individuals. During its production lifespan lasting from 1955 through 1969, nearly 2.7 million examples were produced.

The introductory saloon model featured two doors and four seats. The base engine was a 633 cc water-cooled four-cylinder power-plant capable of producing nearly 22 horsepower. The engine was located behind the rear seats and drove the rear wheels. The suspension was independent and featured monocoque construction. A four-speed manual gearbox with cable operated clutch was standard. The combined dry weight of the vehicle was just over 580 kg.

The following year two more versions were introduced, the Multipla and a version with a full-length canvas roof. The Multipla had three rows of seats and could accommodate up to six people. The four back seats could be folded into the floor, exposing a large cargo area.

In 1960 the 600D was introduced and featured a 767 cc engine now rated at nearly 30 horsepower. Various aesthetic and mechanical improvements were added. In 1964 the front doors were now hinged and in 1965 the 600D received a larger fuel tank and new headlights.

The Fiat 600 helped mobilize the entire Italian country and is considered an economical phenomenon.
By Daniel Vaughan | Apr 2008

The rear-engine, rear-wheel-drive Fiat 600 was versatile, roomy, reliable, and functional. Power was from a 633cc 22hoprseower engine mounted behind the rear wheels. They had a four-speed gearbox, a four-wheel independent suspension, and plenty of st....[continue reading]

The Fiat 600 is one of the few that were cosmetically uprated by Carrozzeria Viotti. Viotti produced an entirely reskinned version of the 600 called the Sport in very limited numbers. This 600, however, has been given additions to the interior and ex....[continue reading]

Porsche's Edgar Barth and Carlo Abarth hatched a plan to create a special race car that could win the Formula 2 Championship. This required a car with a single center seat. Abarth, a wizard Fiat tuner, agreed to build a special single-seat version ba....[continue reading] 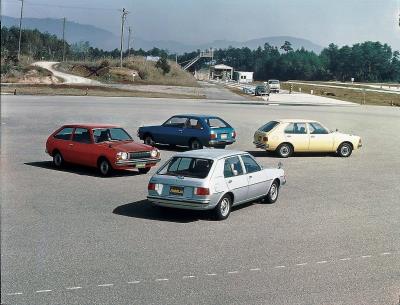 Launched in 1977, the original Mazda 323 was Mazdas first modern compact family hatchback. A rear-wheel drive hatch it was called the Mazda GLC in North America and the Familia in Japan. The first... 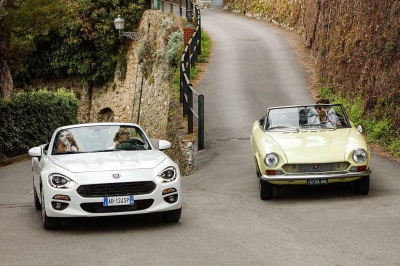 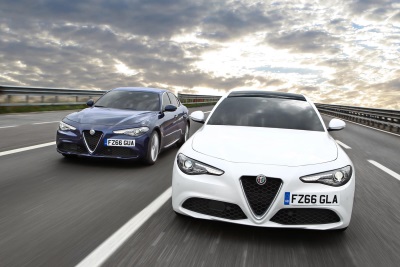 The All-New Alfa Romeo Giulia pricing starts at just £29,180 OTR Built around Alfa Romeos all new rear-wheel drive architecture, with perfect 5050 weight distribution and distinctive Italian styli...
© 1998-2020. All rights reserved. The material may not be published, broadcast, rewritten, or redistributed.