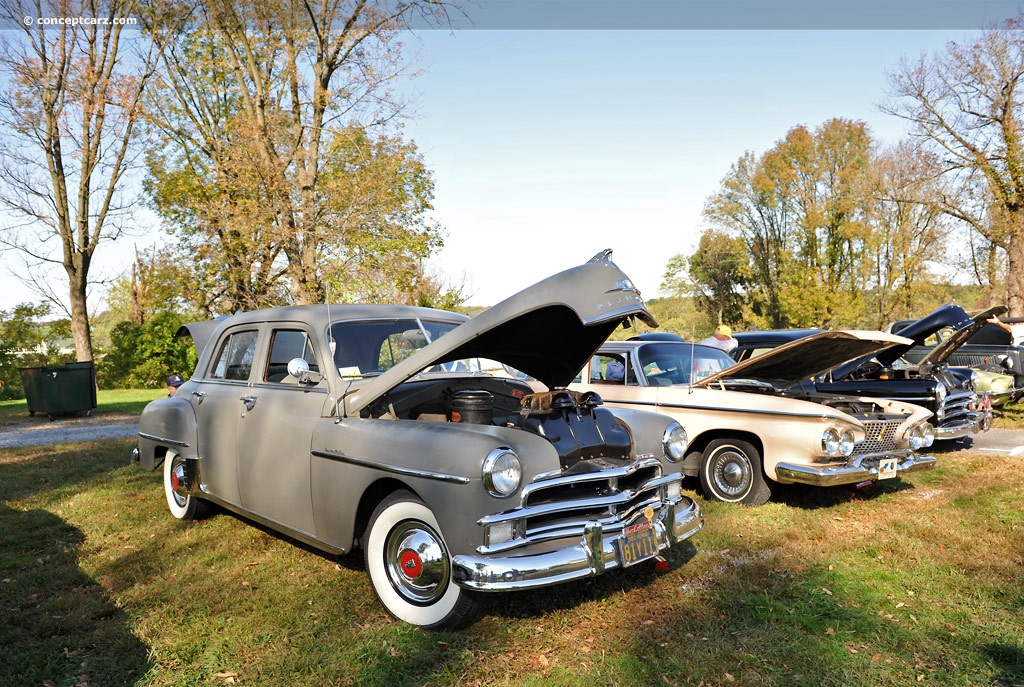 When automobile production began to get back into full swing after the War, buyers had to face car shortages, strikes, and a sellers' market. In 1946, the Plymouth station wagon was listed for $1,539 from the factory, but it was difficult to find a dealer who would sell one for that price. By 1948, the same station wagon was priced $2,068 - the higher model prices due to escalating labor and material costs. For 1950, the Station Wagon had a price of $2372 - and production was 2,057. Though the station wagon totals seemed low, the Special Deluxe was a popular vehicle, with 234,084 examples of the four-door sedan being sold in 1950.

The P-20 Special Deluxe was Plymouths most expensive vehicle in its model range. Power was from an L-head six-cylinder engine that delivered nearly 100 horsepower. A three-speed manual gearbox was standard, as was the woodgrain finish on metal interior panels, a nice selection of interior fabrics, and a bright metal windshield and rear window frames.

The P-20 was available in several body styles, including as a rolling chassis. Other options included a convertible and club coupe. Pricing ranged from $1,630 - $2375. Total production for 1950 for the Special Deluxe was 350,290 units.
by Daniel Vaughan | Oct 2010

Many changes occurred in 1950 in comparison to their 1949 siblings. Although they had the same basic contours and slight mechanical dissimilarities, a host of changes had taken place, so much so that only the doors were bolt-for-bolt interchange betw....[continue reading]